(RNS) — It seemed like a no-brainer. Until House Republicans proved they have no brains.

Back in December, the U.S. Senate — a body known these days for not agreeing on much — voted unanimously to rename the federal courthouse in Tallahassee after the late Judge Joseph W. Hatchett, a truly iconic figure in Florida.

The son of a maid and a fruit picker, Hatchett earned a full scholarship to Florida A&M, went to Howard Law School, and in 1959 took the bar exam in a hotel where Black applicants were not allowed to stay or eat.

Appointed to Florida’s highest court by Gov. Rubin Askew in 1975, he had to run for the office the following year and became the first and, to this day, only African American to win a contested statewide election in the state since Reconstruction. In 1979, President Jimmy Carter appointed him to the federal appeals bench, where he sat for 20 years. He spent the rest of his life working for racial justice.

After his passing, friends and colleagues, including former clerks turned judges, gathered to pay their respects and reminisce at Tallahassee’s Bethel Missionary Baptist Church, his church for half a century. One recalled how his opponent in the 1976 race talked at their first debate about how his upperclass family had such deep roots in the state that Duval County was named after one of his relatives. 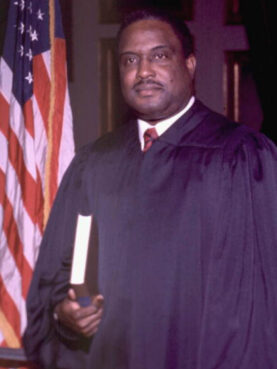 Hatchett responded that his family had been in Florida for 150 years “and nothing is named for them.” He won the debate hands down and went on to win the election with 63% of the vote.

In the Senate, the bill renaming the federal courthouse for Hatchett was sponsored by both of Florida’s senators, Marco Rubio and Rick Scott.

“Judge Hatchett lived an inspiring life of service,” Rubio said. “His story is worthy of commemoration, and I am pleased to see the Senate pass my legislation to do exactly that.”

“Judge Hatchett broke barriers that have inspired countless others in the legal profession, and we are grateful for his numerous contributions and dedicated service to Florida and our nation,” said Scott.

The bill then proceeded to the U.S. House of Representatives, where, with the co-sponsorship of all 27 members from Florida, it was set to sail last week over a procedural hurdle requiring a two-thirds vote.

But then, as the votes were being tallied, all but 20 House Republicans (including many of the co-sponsoring Floridians) switched from aye to nay.

What happened was Rep. Andrew Clyde, a Georgia Republican who has gained a certain amount of notoriety since first being elected to Congress in 2020. As in: He called the January Capitol attack a “normal tourist visit” and voted against a resolution giving the Congressional Gold Medal to police officers who responded that day. He opposed both the Emmett Till Antilynching Act and declaring Juneteenth a national holiday.

A gun dealer and Baptist deacon, Clyde stopped the bill by circulating a 190-word AP story on a 1999 decision in which Hatchett ruled unconstitutional an arrangement for student-led prayer at public high school graduations.

“He voted against student-led school prayer in Duval County in 1999,” Clyde told The New York Times. “I don’t agree with that. That’s it. I just let the Republicans know that information on the House floor.”

And like lemmings, they followed him over the cliff and sent the bill down to defeat. 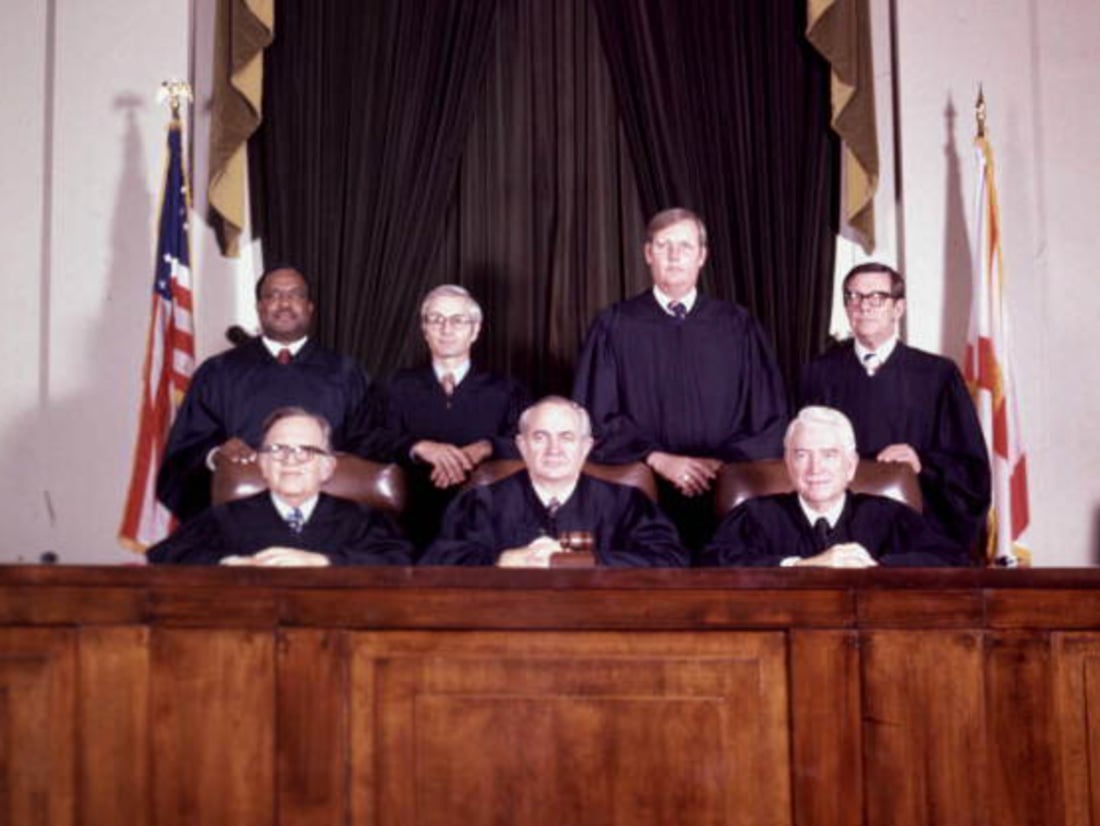 You may recall that in 1992 the Supreme Court ruled that public schools may not arrange for clergy to offer prayers at graduation ceremonies. Immediately afterward, the Duval County school board rejected a constitutionally permissible moment of silence in favor of a workaround it titled “Graduation Prayer,” under which high school students were empowered to decide by majority vote whether to deliver a “message” at graduation.

So far as Hatchett was concerned, this workaround violated the establishment clause as defined in the Supreme Court’s recent ruling. Writing for a 2-1 majority in Adler v. Duval County, he held that “the state cannot erase its control over or endorsement of prayer at a public school graduation through delegation of one portion of the graduation ceremony to the majority/plurality vote of students.”

Moreover, he wrote, “a reasonable student will not realize that student-elected sectarian and proselytizing prayerful messages at graduation ceremonies are divorced from state sponsorship and instead, realizing the views to be that of the majority, will feel coerced to participate in them.”

As in: When a Jewish senior sat quietly through the Christian prayer being given at her Duval County high school graduation, one of her classmates told her, “Stand up, you stupid bitch.” Portrait of Judge Joseph Hatchett in 1979. Photo courtesy of State Archives of Florida

Immediately after Hatchett’s decision, the entire appeals court decided to hear the case and found in favor of the county. After which the U.S. Supreme Court, in 2000, decided that a Texas school board policy that allowed “student-led, student-initiated prayer” before varsity high school football games violated the establishment clause and ordered the appeals court to reconsider the Adler case.

The full appeals court reconsidered and stuck to its earlier decision — and the Supreme Court declined further review. And there things have stood for two decades.

From the standpoint of religious history, Hatchett’s decision kept the old-time faith of Roger Williams, America’s aboriginal Baptist, who invented the image of an absolute wall of separation between church and state. As for Clyde, his is the faith of latter-day Southern Baptists, who perpetually lament the forced exile of sanctioned prayer from the public schools.

Be that as it may, by the light of the Supreme Court’s prevailing establishment clause jurisprudence, the Adler case was the closest of calls and no reason whatsoever to keep Hatchett’s name off the Tallahassee courthouse.

That Republican House members should have done so is testimony to their mindless terror of being thought to be on the wrong side of the culture war.