(RNS) — Nearly halfway into “On the Divide,” a documentary about the last abortion clinic left along Texas’ border with Mexico, Rey Guerrero — a security guard in his 60s who protects the entryway to Whole Woman’s Health — kneels at an altar and prays. He asks God to protect the patients he shields from anti-abortion protesters who, with rosaries in hand, beg them to continue with their pregnancies.

“Sometimes they cross the line,” Guerrero says in the film, referring to the religious anti-abortion protesters. “They come to insult the girls and make it worse and they go deeper into depression by the things they say.”

Guerrero is Catholic. He prays every day but he doesn’t go to church. The church, he says in the film, turned him away ever since he began working at the abortion clinic. He’d hear churchgoers whispering, “Look, he kills babies.”

“They call me a murderer,” Guerrero says. 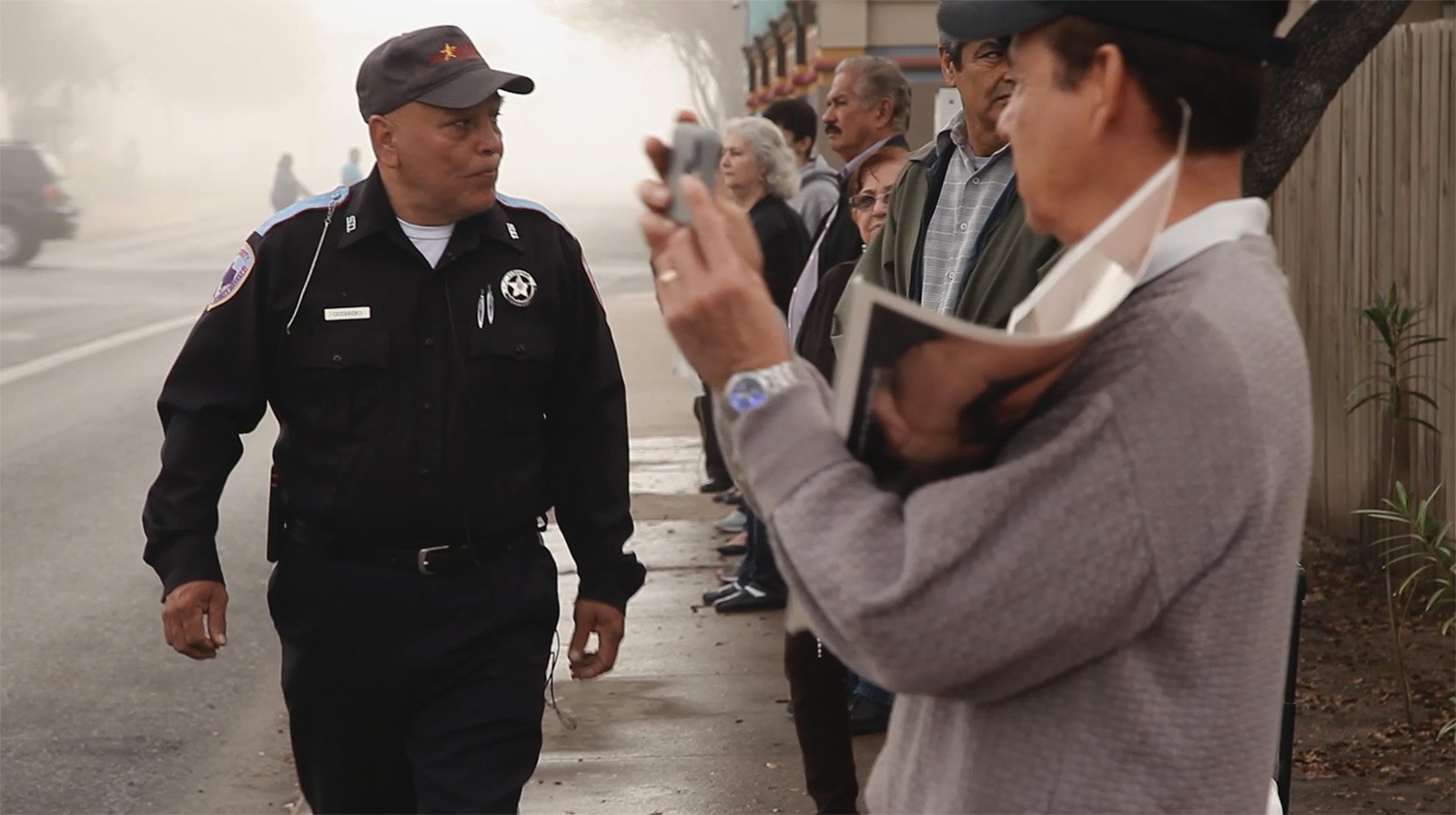 Rey Guerrero is a security guard who protects the entryway to Whole Woman’s Health of McAllen in Texas in “On the Divide.” Photo courtesy of OTD

“On the Divide,” which premiered Monday (April 18) on PBS, follows the stories of the people surrounding Whole Woman’s Health of McAllen, Texas, the only abortion clinic available in the Rio Grande Valley — a region of 1.4 million, mostly Spanish-speaking residents. The Catholic-based McAllen Pregnancy Center is right next to the abortion clinic.

The film explores how religion informs the response of Latinos along the U.S.-Mexico border on issues surrounding abortion.

It features Mercedes Soto, once involved in gangs and an avid supporter of the pregnancy center, who prays the rosary outside the abortion clinic; Denisse Gonzalez, a young mother of four who volunteers at Whole Woman’s Health and helps guide women into the clinic; and Guerrero, who throughout the film finds himself defending his faith to protesters outside the clinic. 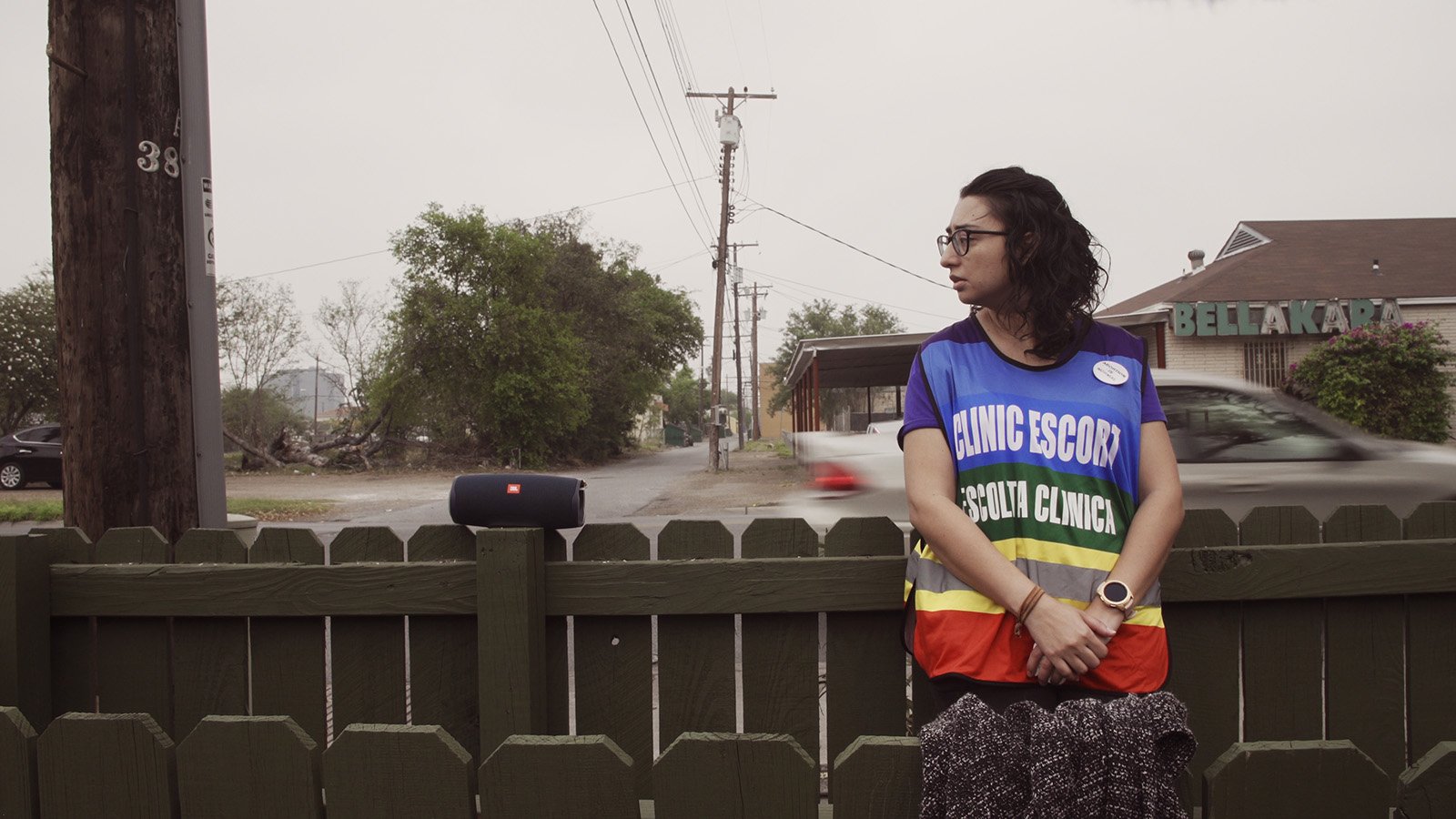 Denisse Gonzalez, a young mother of four who volunteers at Whole Woman’s Health of McAllen in Texas, in “On the Divide.” Photo courtesy of OTD

“On The Divide” has been screening in cities across the country just as news of Lizelle Herrera’s arrest made nationwide headlines. The 26-year-old Rio Grande Valley woman was charged with murder over what sheriffs alleged was a “self-induced abortion.” The charge was dropped and Herrera has been freed. Texas law exempts pregnant people from criminal homicide charges for an abortion. South Texans for Reproductive Justice, a civil rights alliance featured in the documentary, was among those who sounded the alarm about her arrest.

To the film’s directors, Maya Cueva and Leah Galant, it was difficult, yet not surprising, to hear about the circumstances surrounding the abortion. They began filming the documentary seven years ago.

“On the Divide” emerged after Cueva and Galant worked on a short film about a traveling abortion doctor in Texas while they were still at Ithaca College in New York. As they continued to spend time in the border region, they connected with another traveling doctor at Whole Woman’s Health who introduced them to clinic workers, residents and organizers in the Rio Grande Valley.

“As soon as we got there we saw that (religion) was a really heavy presence,” Cueva told Religion News Service.

Cueva, a Latina filmmaker, aims to show that Latinos are not monolithic, partly by capturing the role religion plays in their views on abortion. She hopes others can grasp that you can be religious and “continue to fight for the right to choose.”

“Religion does really play a big role in this and we can’t just overlook it,” Cueva said.

Galant, who is Jewish, said they sought to go beyond the “one side or another” debate and show that “we’re all complicated, nuanced individuals.”

“We want to expand what people think, when they think of who has a stake in reproductive justice, and how it relates to religion,” Galant said. “In sharing these stories that don’t really fall into a binary polarizing viewpoint, you can’t help but expand your worldview on what it means to be part of religion and/or to fight for reproductive freedom.”

Catholics for Choice, which opposes the church’s official stance against abortion, is a partner in the film’s impact campaign. Marlee Breakstone, a coordinator with Catholics for Choice, said in a virtual conversation with the filmmakers that Catholics know they “are called to protect the health rights and consciences of all of their neighbors.”

The film, Breakstone said, “shows how closely a person’s faith is tied to every decision they make.”

It follows Soto, who calls herself a “prayer warrior,” as she goes from praying her rosary outside the abortion clinic to grappling with her Catholic faith when she acquires contraceptives from a free clinic to prevent another pregnancy. Soto said her son was “saved from abortion” by a sidewalk counselor who convinced her to continue with her pregnancy. 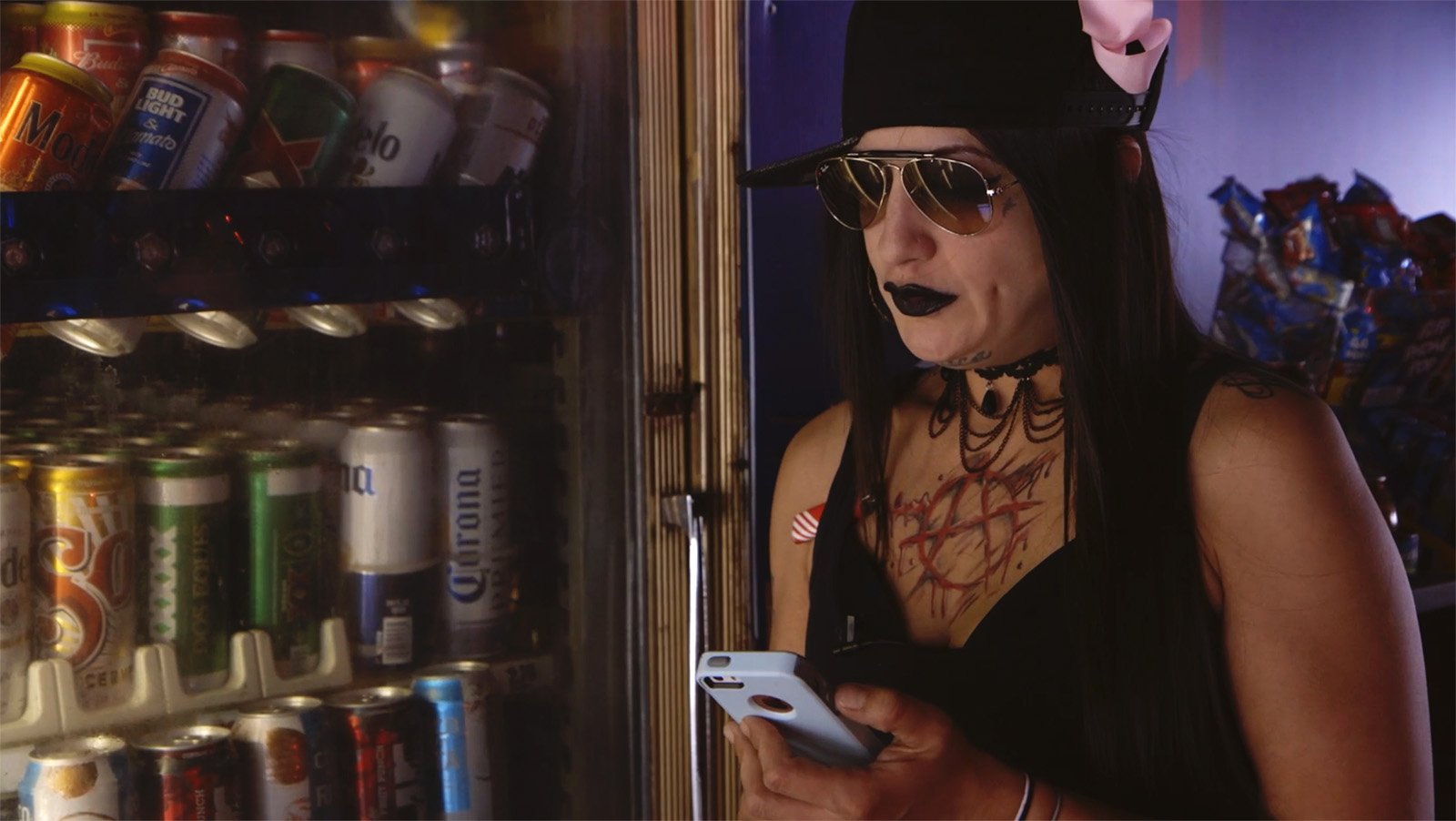 Mercedes Soto is featured in “On the Divide.” Photo courtesy of OTD

“Sometimes I feel I can’t turn to the church because of what it is,” she says. “The Catholic Church is always going to be there during the day. Once the light goes away and the darkness comes out, who’s going to be there?”

Struggling with finances, Gonzalez — the mother of four who escorts abortion patients — said she considered an abortion but didn’t have the courage to do so and also couldn’t afford it.

“I remember praying for God to give me a miscarriage, so I wouldn’t have to make that decision,” she says in the film. “I don’t know how the patients do it, but I know (what) that desperation feels like.”

At one point in the film, Gonzalez, who grew up Catholic, seeks a cleansing from a curandera, a healer.

“This kind of brujeria or curanderismo is really huge in our culture. We mix curanderismo with religion. It does mesh a lot with Catholicism, as much as the Catholic Church likes to deny it,” Gonzalez said.

Gonzalez recounts being shunned as “the whore of Babylon” when she had her child at 19. She struggles to understand Christians who protest outside the abortion clinic. “Why do you go out of your way to try to break someone?” she asks.

As for Guerrero, the security guard, he’s since retired.

“I would have given my life for those women. I’m nobody special. I just care,” Guerrero says toward the end of the film. “I think I made a difference.”