(RNS) – It’s both the oldest and the youngest of large Lutheran denominations in the United States, by the World Council of Churches’ reckoning.

Through those predecessors, the ELCA can trace its roots in the U.S. back to 1748.

“We realized we could do a lot more together than we were doing separately and have more impact,” said Bishop Elizabeth Eaton, presiding bishop of the ELCA.

Eaton remembers being a “very young pastor” at a church outside Columbus, Ohio, when the constituting convention met April 30 to May 3, 1987, in that city to elect the first officers.

The assembly, she said, was “pretty exciting and heady.” There was a lot of politicking over who would be elected from which predecessor body.

There were even protests. Members of DMX — a Lutheran protest group known for tactics like depositing rotting fish and spraying skunk oil in banks — tried to force their way onto the floor of the assembly. During the melee, the assembly broke into Protestant Reformer Martin Luther’s famous hymn “A Mighty Fortress,” which Eaton says now “maybe was not the best choice.” 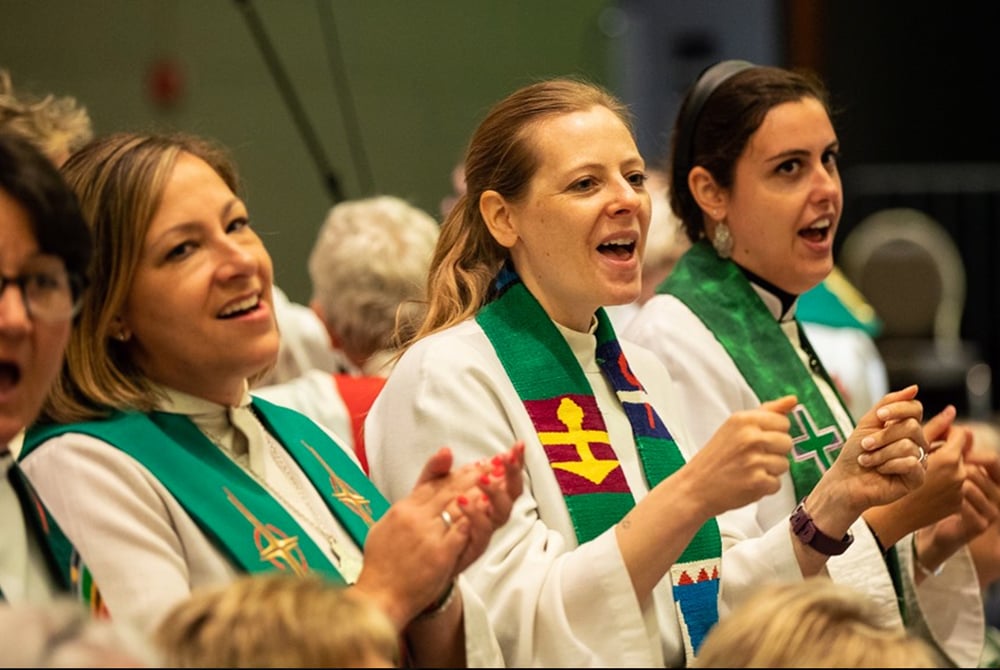 ELCA female clergy participate in a service celebrating 50 years of women’s ordination during the ELCA Churchwide Assembly on Aug. 9, 2019, in Milwaukee, Wisc. Photo courtesy of ELCA

But many ELCA pastors today have no memory of those predecessor bodies, Eaton pointed out. They may not have been born until after the merger.

One of those pastors is the Rev. Lenny Duncan, author of “Dear Church: A Love Letter from a Black Preacher to the Whitest Denomination in the U.S.,” who became Lutheran in the 2000s.

Duncan praised the ELCA’s decision to become a “sanctuary church body” in 2019, as well as its response after Dylan Roof, a member of an ELCA congregation, killed nine people at a 2015 Bible study at Emanuel African Methodist Episcopal Church in Charleston, South Carolina. But, Duncan said, the denomination hasn’t done enough to act on the statements it has made or to tackle white supremacy, the “great call of the church” at this time, Duncan said.

Eaton admits the ELCA faces some significant challenges; in particular, after 35 years of efforts to diversify, the denomination remains one of the whitest in the country.

It held contentious churchwide assemblies in 2005, 2007 and 2009, when delegates voted to allow gay and lesbian Lutherans in committed relationships to serve as clergy. “We spent years arguing about sex,” she said. Afterward, hundreds of churches left the denomination.

And — although she said she’s sure the ELCA is viewed as “very liberal,” and clergy tends to skew more progressive than their congregations — the way the denomination is organized, individuals do not have to accept any of its social teachings. Many Lutheran churches still were speaking the languages of the European immigrants who brought their faith to the U.S. until they began to merge in the 20th century, according to the Rev. Lowell Almen, the longtime secretary of the ELCA, who was elected at the constituting convention.

Critics at the time panned the 1987 formation of the ELCA as “just another big corporate merger,” Almen said.

But the denomination’s “deep and profound” commitment to ecumenism has endured, he said.

“I think the history of the ELCA is the history of both ecumenical awareness and ecumenical commitment in highly substantive ways. It’s not just a matter of smiling across the table, being nice to each other,” Almen said. 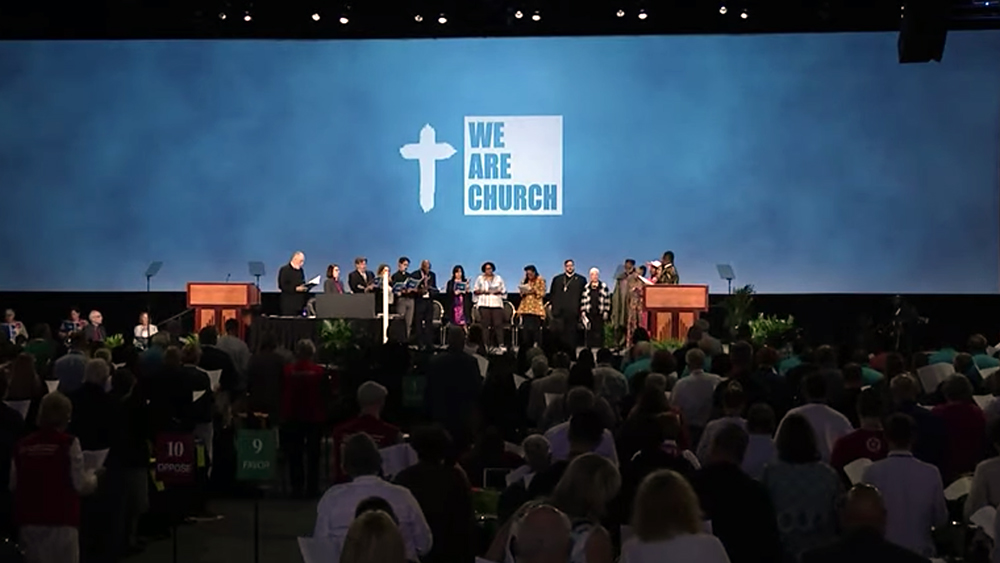 Today the denomination has six full communion partners and is part of the Lutheran World Federation, Eaton noted.

It has set an ambitious goal to engage 1 million “new, young and diverse” people by the end of the decade.

And its message — which the presiding bishop described as an emphasis on salvation as a gift from God that frees Lutherans to act in the world — resonates, she said.

RELATED: ‘A celebration for the whole church’: ELCA women reflect on 50 years of ordination 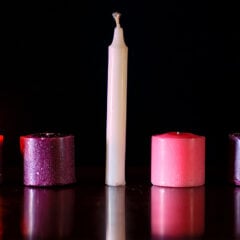