Christine A. Di Pasquale has been named executive director of the Religion News Association (RNA), the premier professional association for journalists who report on religion for the news media. 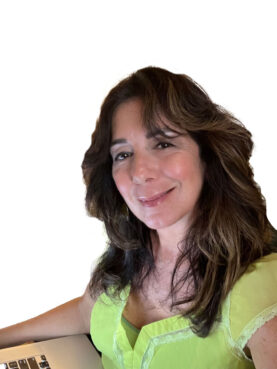 Di Pasquale, who had served as interim director of RNA since October 2021, is a nonprofit management professional with a two-decade career as a communications director, editor and professional journalist for national publications. She has been a journalist-member of RNA since 2010.

“We are delighted to have someone with Christine Di Pasquale’s management, nonprofit and journalism expertise as our new RNA executive director,” says Betsy Shirley, president of the RNA Board of Directors. “We look forward to supporting Christine and working with her as she takes on the vital role of mobilizing and strengthening RNA for the future.”

Prior to joining RNA as interim director, Di Pasquale served as communications director for the Dialogue on Science, Ethics, and Religion program at the American Association for the Advancement of Science (AAAS), a public engagement program at the world’s largest general science membership society.

During her tenure at AAAS, Di Pasquale was responsible for helping to transform the program into a singular resource for promoting science appreciation in religious communities. Her achievements included assisting reporters in gaining capacity and confidence for science reporting, producing a 13-part educational film series, and researching, writing and managing grants of up to $2.5 million.

Di Pasquale began her career in 2001 with PBS’ “The Open Mind,” the longest-running public broadcast in the history of American television.

She holds a bachelor’s degree in journalism and media studies from Rutgers University School of Communication and Information, and a master of fine arts degree in visual narrative from New York’s School of Visual Arts.

“For more than 70 years the Religion News Association has invested in journalists and journalism that helps our communities better understand the motivating forces and values that drive public life. My own life story has been profoundly shaped and reshaped by those forces. So I count it something of a sacred duty to help steward RNA into the future amidst a variety of industry and organizational challenges. With support from our tireless board, members, and other friends and volunteers, I’m confident that our vital work will continue well into the future,” said Di Pasquale.

About Religion News Association
As the premier journalism association for people who cover religion in the news media, RNA equips journalists with the tools and resources they need to cover religion with balance, accuracy and insight. Learn more at RNA.org.