WASHINGTON (RNS) — This fall TJ Farrington, an eighth grader at Washington Jesuit Academy, will be attending the prestigious Gonzaga College High School, four miles away but a big leap for the 14-year-old from a low-income neighborhood in the U.S. capital.

He is under no delusion what it took to get him in: For the past few months, he said, WJA’s Office of Student and Alumni Success called his parents weekly to make sure he’d submitted his essay and financial aid forms.

“I learned, don’t take things for granted, especially the opportunity we have here,” said Farrington of Washington Jesuit Academy, his academic home for four years. “It’s pretty much like the next level, and we can get into good high schools.”

WJA’s 116 male students wear uniform green polo shirts and khakis like Catholic schoolkids across the country. And like middle-schoolers anywhere they embellish their crocs with jibbitz at recess and vie for the quickly claimed grape juice boxes in the cafeteria. Two things set the school’s fourth-to-eighth grade boys apart: They are all from communities with significant financial need, and they are educated under the Jesuit principle of “cura personalis” — a Latin phrase meaning “care for the whole person.” 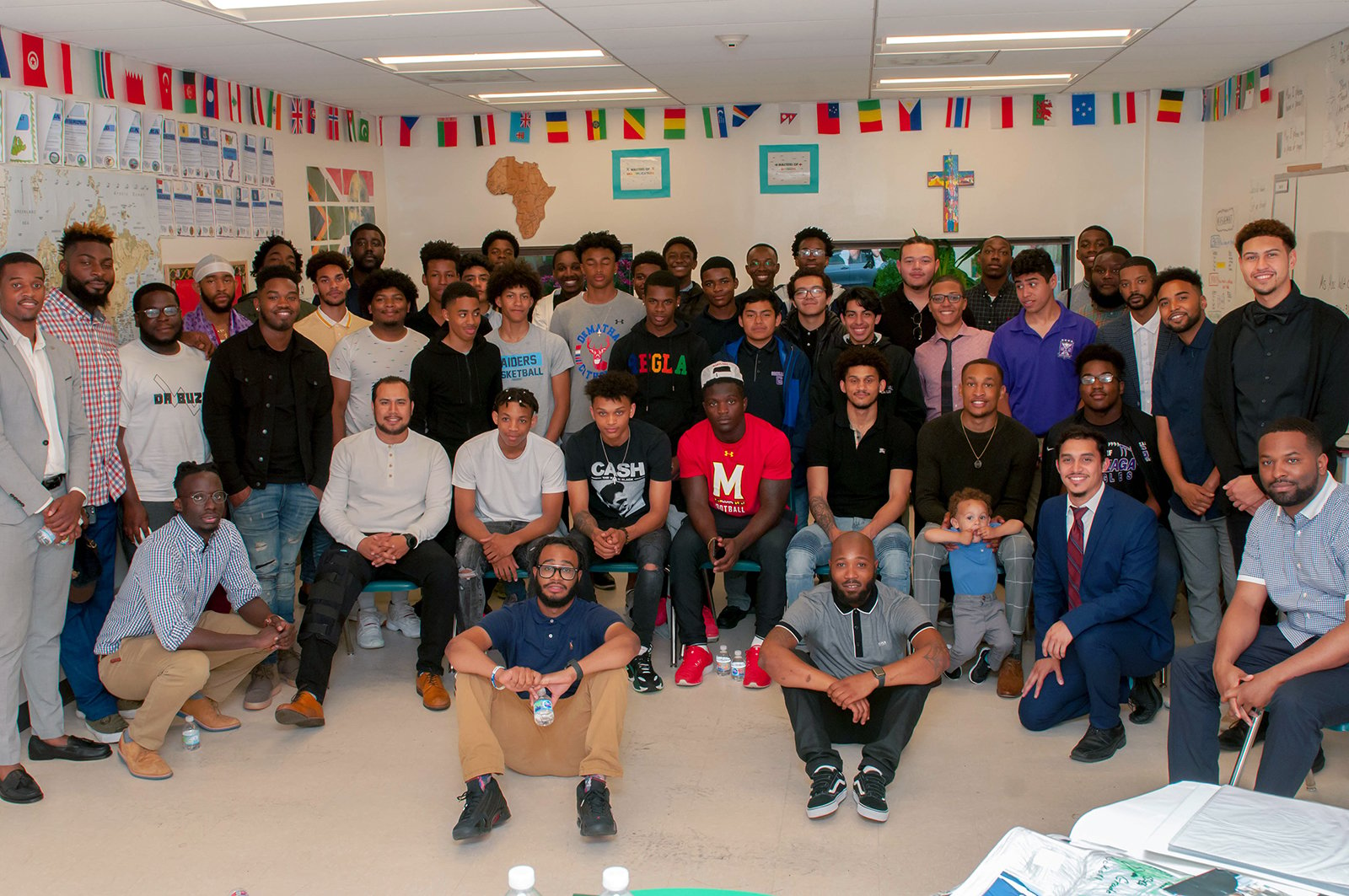 “We’re saying, OK, what are the obstacles in your way? Food, education, spirituality, discipline, you know, opportunity gaps, internships, networking, all those different things,” said Marcus Washington, incoming president and current head of school. “So we’re trying to take those kids and interrupt all of those obstacles that are going on and try to problem-solve, so that they can then go through and determine their own future.”

WJA’s students spend 11 hours a day at school, 11 months a year. They are fed three meals a day in a high-ceilinged multipurpose room adjacent to the stained-glass-filled chapel, and they have a chaplain, two full-time social workers and a full roster of test prep and high school placement coordinators at their disposal.

They compete for honor roll in bright classrooms, whizzing around athletic fields during three daily recesses and learning a wide range of skills, from gardening to computer coding. For many it is a world away from the atmosphere at their homes.

“When I was growing up in D.C., D.C. was kind of the murder capital of the world,” said Washington, a Gonzaga alumnus who came to WJA 12 years ago. “And I was always fortunate to have a grandmother and mother who provided me with a good strong Catholic education.”

In April, WJA announced that Washington would take over in July as president from Bill Whitaker, who founded the school in 2002. Marcus Washington greets a student in the halls at Washington Jesuit Academy in 2018 in Washington, D.C. Photo by Rod Lamkey Jr./WJA

As he walks the halls, Washington greets students by name and with a handshake. In part, he credits his D.C. roots for the connection he has with them. “There’s a part of me that speaks just like the people these kids grew up with,” he said. Washington says the school’s biggest goal is to instill in all its students a foundation that will allow them to be pillars in their future communities.

Several boys credit programs such as Boys to Men, which matches eighth grade mentors to fourth graders, with developing their sense of purpose. Others say they have grown simply through the high expectations they face in the classroom.

“This school has taught me maturity by sometimes, when I’m playing too much in class, I can get the whole class in trouble,” said fifth grader Darren Wilson. “We’re all one team, so I have to slow down and realize I’m not just affecting myself, I’m affecting the people around me.”

WJA’s holistic care doesn’t end at graduation. Once a student is accepted, the school supports him from “fourth grade through a lifetime,” said J.B. Gerald, director of the Office of Student and Alumni Success. The walls of the department office are cluttered with photos of past graduates and their college banners. 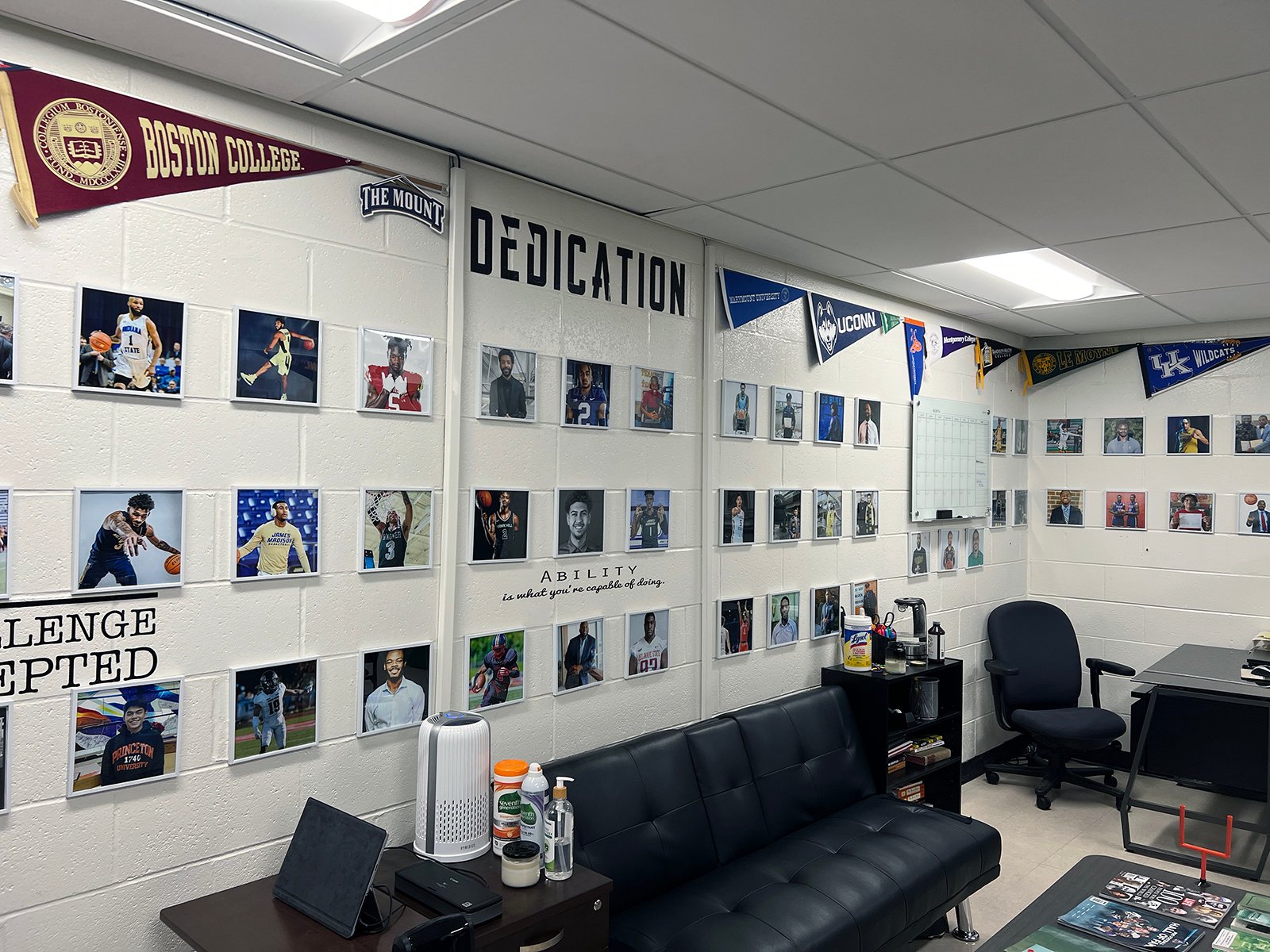 While the boys are at WJA, a five-person team assists them with test prep and high school applications. After graduation, they team helps them transition to college or the workforce. Team members check in with their graduates at local high schools and even transport students to college visits on the weekends.

Of roughly 364 current alums, the team says it is still meaningfully engaged with 332 of them.

“We walk in life with them,” Gerald told Religion News Service. “We’re there throughout the ebbs and flows, the successes, the marriages, the kids, the deaths. We’ve had four funerals this year with parents that have passed away. So, you know, we really are an extension of the household.” Analise Brower, director of mission and spirituality, estimated that 50% of WJA’s staff and roughly 20% of the students are Catholic. Out of respect for the students’ religious diversity, WJA uses the Jesuits’ Ignatian spirituality, inspired by the order’s founder, St. Ignatius of Loyola, as a starting point rather than as a religious requirement.

“We are very intentional here about having that spirituality feel bottom-up in a way that is authentic to each person rather than top-down,” said Brower.

The school’s tightknit relationships were tested as the school pivoted to remote learning in March 2020 due to the pandemic. According to Washington, the WJA model was impossible to fully replicate via video, but the school provided the necessary computers and internet service, as well as grocery delivery to students’ homes.

Washington said students missed out on what he calls WJA’s “hidden curriculum” that teaches skills like conflict resolution or knocking before entering a room. Now that students are back, WJA is putting even more emphasis on social emotional learning and spirituality.

RELATED: Who are the Jesuits?

When Jesuit leaders appointed Whitaker to launch the school 23 years ago, the idea for WJA was loosely modeled after Jesuit Nativity schools, a network of 88 schools that also offer extended school days, religious formation and small classes to underserved communities. Whitaker enhanced the Nativity model with a more aggressive approach to fundraising, hiring and retaining employees. Today, employee retention is one of the school’s defining features, with many teachers sticking around for a decade or more.

“We are blessed to be educating the best. We need to offer them the best,” said Whitaker, who estimated that the school’s $4 million annual budget is almost double that of a typical Nativity school. 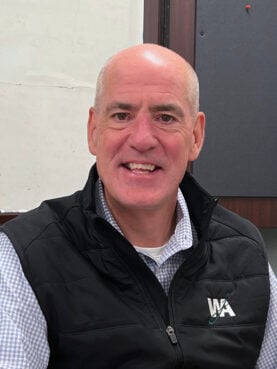 While Whitaker’s ambitious plan was initially met with skepticism, the school has come a long way from hosting its first, 25-student sixth grade class in a rented space. Whitaker told RNS that the success of the school’s alumni is confirmation that WJA is fulfilling its mission.

“I’m most proud that these alums want to now know what they can do for us,” said Whitaker. “That’s real power. They’re reaching out over COVID, asking, what can we do? That’s crazy. And it’s their middle school.”

With those first students from 2002 about to reach their early 30s, Whitaker will have to wait a bit longer for a final sign of his program’s success. “I think a grand slam would be if an alum was running the school someday,” he said.

FROM THE ARCHIVES: 5 faith facts as Baylor and Gonzaga square off for NCAA hoops crown

Signs of the Times
I forgive Pope Benedict. I hope others can too. 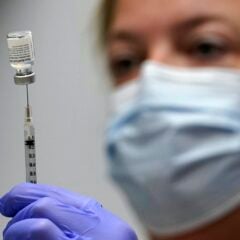 Signs of the Times
Get vaccinated, get a booster
Follow us on Facebook!
Submit your photos to RNS