(RNS) — Anecdotally, clergy have talked about the disruption in worship attendance in this pandemic age. Now, Southern Baptists have statistics to prove it.

The Annual Church Profile, a compilation from the denomination’s state conventions, was released Thursday (May 12) by Lifeway Christian Resources, the convention’s data gathering division.

Scott McConnell, executive director of Lifeway Research, said the recent rise in baptisms was due not only to churches’ reopening as the pandemic eased earlier this year, but to the increased evangelism the easing allowed.

RELATED: Half of churches say Sunday school, other education programs disrupted by pandemic

“Some people could have been ready to be baptized but delayed it until their church was meeting again,” he told Religion News Service. “But we attribute most of the growth to individuals and churches resuming activities where they have shared the gospel with others.” 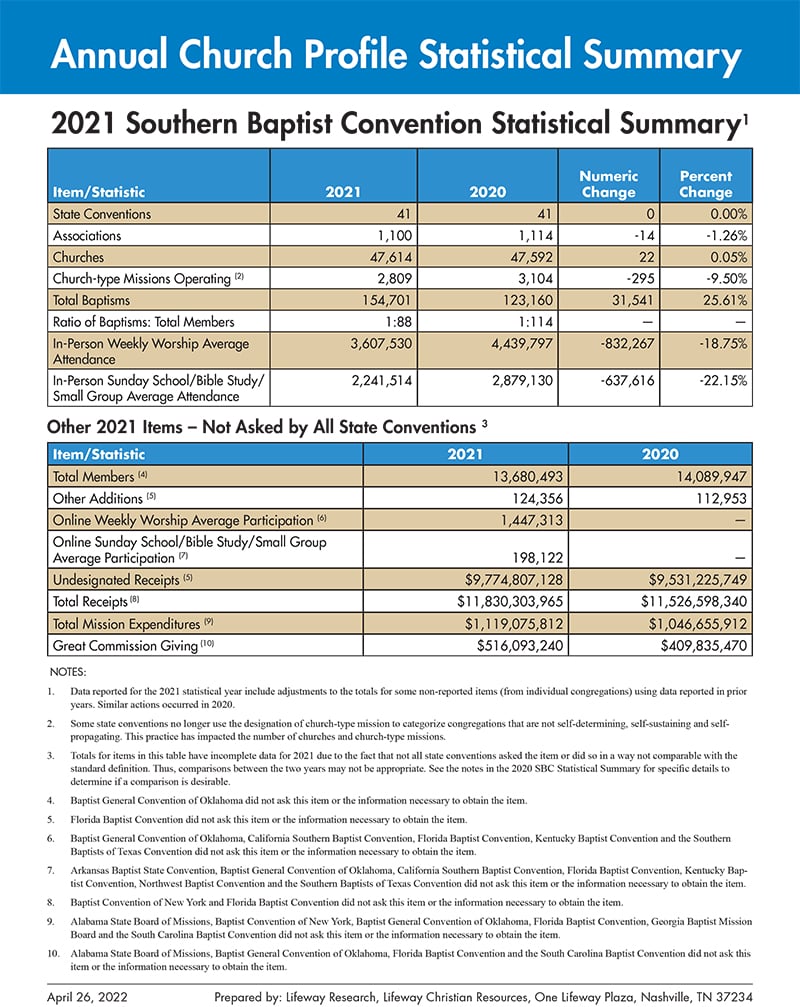 Willie McLaurin, the SBC Executive Committee’s interim president and CEO, said in Lifeway’s announcement of the 2021 profile that he rejoiced at the “uptick” in baptisms.

“I am incredibly proud of local churches that have stayed steady with evangelism during the pandemic,” said McLaurin. “The increase in baptisms highlights that local pastors and churches prioritize soul-winning, evangelism and discipleship.”

The only other growth Southern Baptists saw in 2021 was in financial giving. Contributions increased by $304 million for a total of $11.8 billion overall.

In addition to continuing loss in membership, there was a drop in total number of congregations for the fourth year in a row in the United States’ largest Protestant denomination. Congregations in 2021 totaled 50,423, down from a peak of 51,920 in 2017.

The Annual Church Profile for the first time featured research on online worship and religious education. 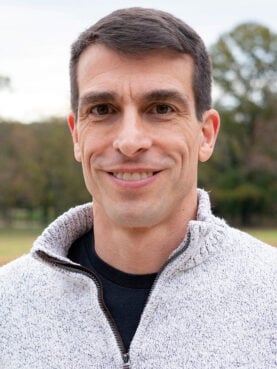 “Many churches began sharing their worship services online during the pandemic,” said McConnell in Lifeway’s statement. “While some may only continue this practice until it’s safe for all to return, others have made it an ongoing part of their ministry or outreach.”

Seventy percent of SBC-affiliated churches took part in the 2021 profile, less than the 75% that did so in 2019.

This story has been updated to correct the spelling of Scott McConnell’s name.