(RNS) — Germany’s Catholic and Protestant churches have been criticized for their handling of clergy sexual abuse for years now by victims, believers and the media. Now they face new pressure from an unexpected corner: the insurance industry.

VBG, a national association of accident insurance providers, recently complained to the two predominant church bodies in the country that they had not been notified of the thousands of sexual abuse cases that have been found in the church groups’ ranks.

According to German law, sexual abuse cases can fall under the rules governing the churches’ insurance policies. Policyholders must inform the company of known cases and help insurers determine how much compensation they should pay.

Church insurance policies, the VBG lawyers have determined, cover both paid employees and volunteers at church-run activities such as liturgies, youth groups or outings.

“If an altar boy is abused during work, that is a work accident,” VBG spokesman Pierre Stage told Die Zeit, the weekly that broke the story. “Those affected in the context of church volunteer work have our fullest sympathy.”

The surprised churches have responded to the VGB’s letter with an almost audible gulp. “It is undergoing careful scrutiny, which is still ongoing,” the spokesman for the Catholic bishops conference said.

The Evangelical Church in Germany, a federation of 20 Lutheran, Reformed and United regional churches, indicated it was “in contact with the VBG about this.”

The churches have good reason to tread carefully. In the dozen years since the abuse scandal broke in a Berlin Catholic school, Germany has mostly left it to them to investigate the problem and indemnify the victims.

They have issued several headline-grabbing reports, apologized profusely and offered compensation up to 50,000 euros per person.

But victims complain that this procedure is too slow, compensation is sometimes not enough, decisions on cases are made in secret and they cannot be contested in court. A participant of a rally of the initiative Maria 2.0 holds a poster with the inscription “No offices for cover-ups” in front of the cathedral in Cologne, Germany, Nov. 18, 2021, before the beginning of a penitential service of the Archdiocese of Cologne in the course of coming to terms with sexual violence. (Henning Kaiser/dpa via AP)

In VBG, one of Germany’s biggest trade associations, with 1.5 million member companies — from banks to railways to architectural firms, as well as the churches — and representing 10 million insured people, the churches suddenly have a powerful critic with deep pockets and highly paid lawyers.

Its letter, sent in late April, clearly outlined what those lawyers thought victims deserved. “The earlier the accidents are reported, the earlier we can care for victims and try to lessen their psychic pain through therapy,” it said.

If the damage done has long-term effects, the victim could get a disability pension.

When handled this way, all decisions could also be contested legally. And insurance companies could ask courts to force churches to open their archives, something no church has yet had to do.

What is not spelled out, but obvious to all sides, is that this could mean the churches will have to pay significantly higher sums for coverage.

“Accident insurance companies could get the money back by charging higher premiums,” said lawyer Martin Schafhausen.

Two victims’ support groups have praised the VBG’s initiative, calling it “an important milestone along the way to more legal certainty for victims of sexual abuse in the Church.”

The abuse scandal has haunted both churches for years, with more focus on the Catholics because of higher case numbers. 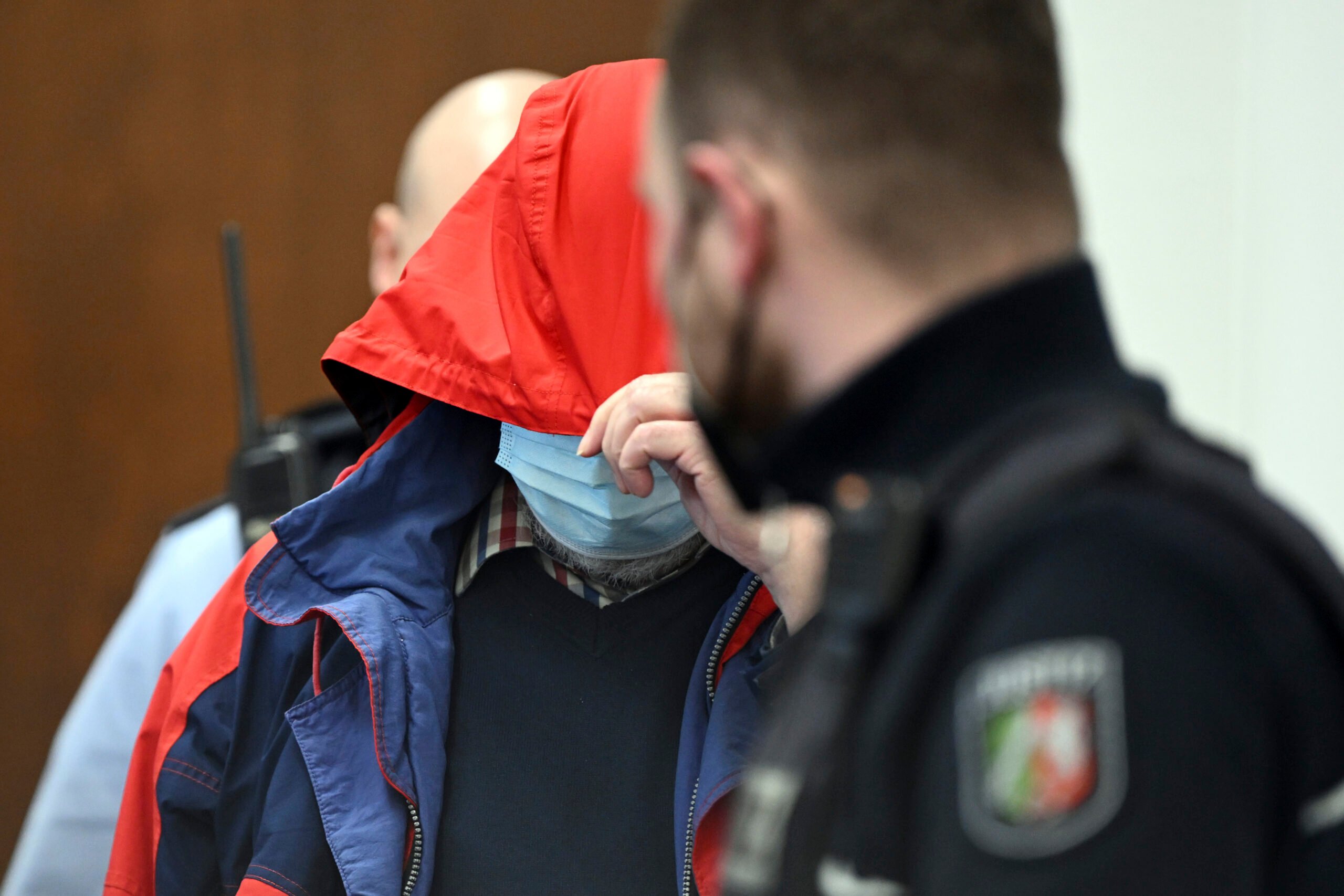 An accused Catholic priest is led into a courtroom in Cologne, Germany, Feb. 25, 2022. The Cologne Regional Court sentenced the 70-year-old man to 12 years in prison for the sexual abuse of children. He must also pay damages of 5,000, 10,000 and 35,000 euros to three female joint plaintiffs. (Federico Gambarini/dpa via AP)

But not until major dioceses such as Munich and Cologne published their own local investigations more recently did insurers see a link between churches and underage victims that could make abuse into a work accident.

The VBG letter said victims could include abused youths under 18 who act as altar servers, sing in choirs, belong to youth groups or go on outings. By contrast, attending a religious service or going to confession are considered private activities and abuse under such circumstances was not covered.

The insurers aren’t the only ones turning up the heat on sexual abuse compensation. The Catholic bishops’ slow response has also prompted surprising criticism from the new left-wing government of Olaf Scholz, a Social Democrat who became chancellor in December.

Used to kinder treatment by Angela Merkel, a Christian Democrat who was chancellor for 16 years, the church suddenly heard that Scholz was “appalled” by the Munich report.

“There is a consensus in the government that dealing with cases of structural child abuse cannot be left to institutions alone,” a Cabinet spokesman said.

Irme Stetter-Karp, president of the influential lay Central Committee of German Catholics, said the Bundestag, the country’s parliament, might have to set up a commission of inquiry into clerical sexual abuse. “I no longer believe the church alone can handle this,” she said.

Calling a parliamentary commission and writing a report could take months, even a year, and then the churches could take more time to respond.

With its letter, the VBG — the acronym stands for the association’s lengthy title, Verwaltungs-Berufsgenossenschaft (Administrative Trade Association) — may have shortened the time frame the churches have to work with considerably.