But it was not for lack of Jewish support.

Some young Jewish progressives are supporting candidates like Allam, and in an interesting twist, they’re doing so in races against more establishment-backed Democratic candidates supported by AIPAC, the American Israel Public Affairs Committee, a group that backs pro-Israel candidates, both Democratic and Republican.

AIPAC’s United Democracy Project spent $4.5 million in North Carolina House races. Most of the money was spent on helping defeat Allam, but the groups also worked to defeat Erica Smith, who ran in the state’s 1st Congressional District.

Yet Allam’s campaign drew a lot of Jewish support. The candidate’s campaign manager, 27-year-old Maya Handa, was Jewish and said it was precisely her Jewish values that drew her to Allam in the first place.

“She’s someone who has faced religious discrimination and lost three dear friends in an Islamophobic hate crime,” said Handa. “She would take rising white supremacy, including antisemitic attacks and hate crimes against the African American community, seriously.”

Allam’s closest friends were shot to death in their home in Chapel Hill in 2015, an event that set her on a path to politics. 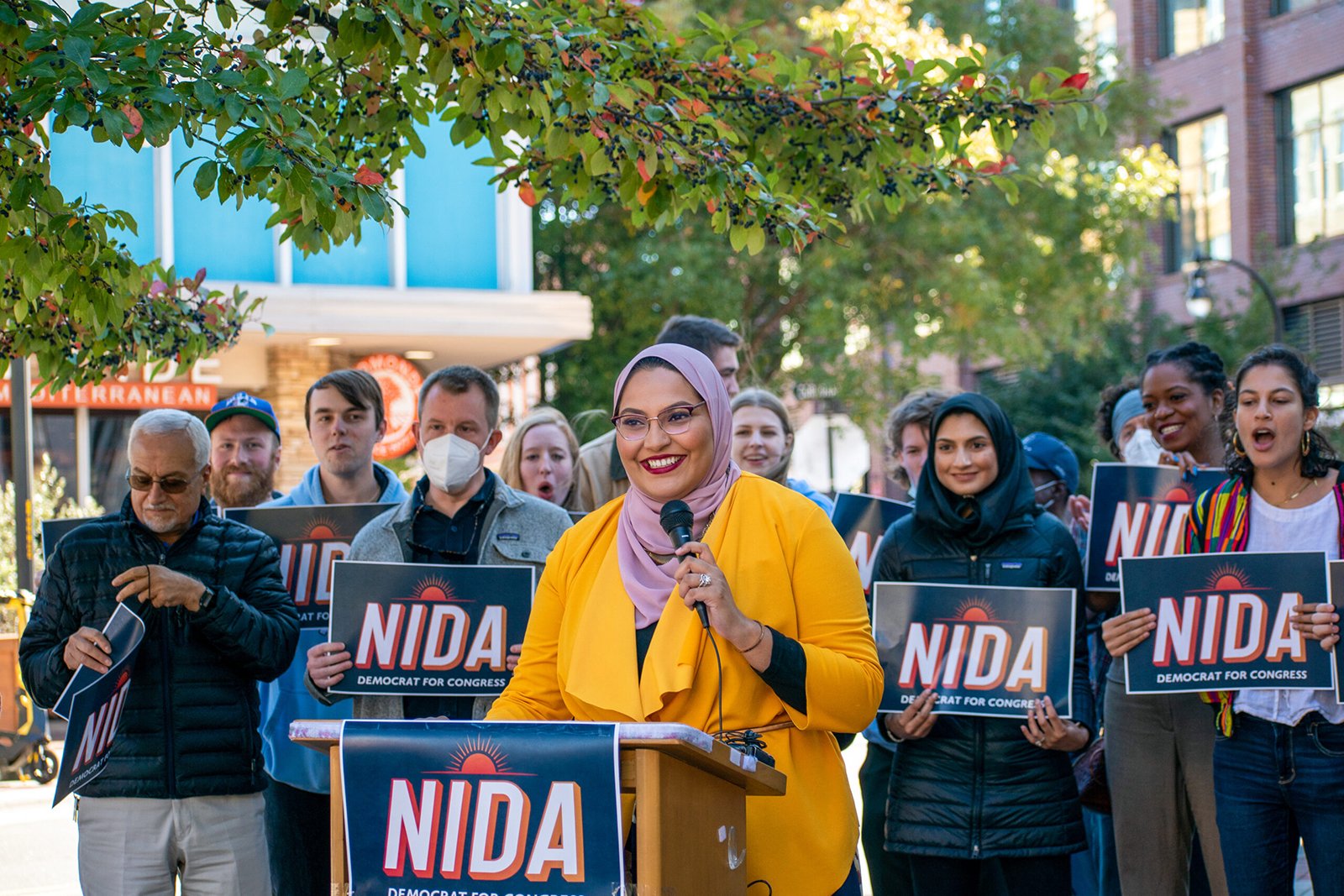 Equally important, Handa was drawn to Allam because the candidate refused to take money from super PACs, political action committees that can take unlimited contributions from wealthy donors.

Valerie Foushee, the Democratic state senator who defeated Allam, took in more than $2.8 million from super PACs, including AIPAC.

Last year, AIPAC launched its political action committee, which funnels $5,000-maximum donations to designated candidates per race, and a super PAC, called the United Democracy Project, which can raise unlimited money on behalf of a candidate.

But for many younger Jews, AIPAC is a dirty word. Support for Palestinians is an important component of their progressive politics, which also includes championing such issues as Medicare for All and the Green New Deal.

Allam was outspoken against Israel’s policies toward Palestinians. The daughter of Pakistani and Indian immigrants, she urged an end to Israel’s “illegal, violent occupation of the Palestinian people.” She has also denounced antisemitism. 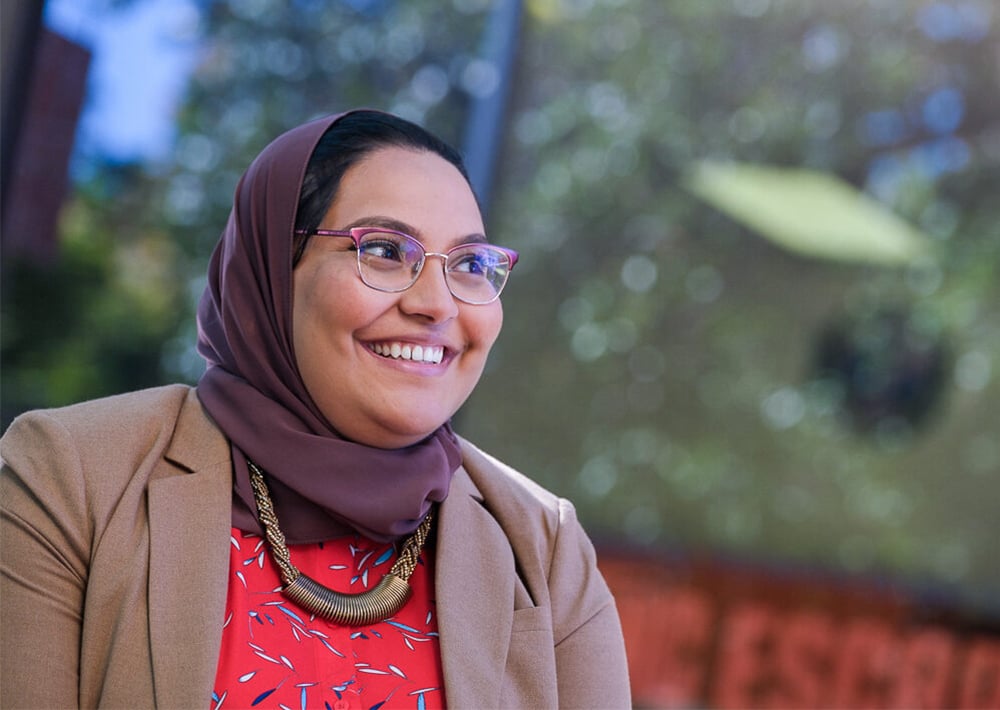 But her position in support for Palestinians made her an AIPAC foe. Founded more than 50 years ago to “strengthen, protect and promote the U.S.-Israel relationship,” AIPAC is known for its unquestioning defense of Israeli government policies.

An AIPAC spokesperson said AIPAC’s criteria for choosing candidates is simple: “We are engaged in the democratic process to elect candidates who will support the U.S.-Israel relationship and oppose those who will not,” said Marshall Wittmann. He pointed out that AIPAC has supported half of the Congressional Black Caucus and Hispanic Caucus, almost half of the House Progressive Caucus and the House Democratic leadership, including Speaker Nancy Pelosi, and Reps. Steny Hoyer and Jim Clyburn.

But if American Jews once largely sided with AIPAC in support of U.S. policies toward Israel, those days appear to be over.

“AIPAC has been out of step with the view of liberal Jews for some time,” said Dov Waxman, professor of Israel Studies at the University of California, Los Angeles. “As American Jews, especially younger ones, have become critical of Israeli-government policies and support U.S. pressure on Israel to change its policies, American Jewish opinion is moving gradually to the left.”

Today, many American Jews will actively support candidates who do not claim AIPAC support.

In Pennsylvania’s 12th Congressional District, which has not been officially decided, many Jews supported progressive candidate Summer Lee over a Jewish candidate supported by AIPAC.

“Israel is very important to me,” said Jonathan Mayo, who served on Lee’s campaign committee and has a sister who lives in Israel. “But I bristle at the idea that it’s inappropriate to criticize the direction that the government of Israel has headed in.” Mayo, who is Jewish, along with many other Jews in the district that includes Pittsburgh, preferred the African American Lee to her AIPAC-backed Jewish challenger, Steven Irwin. (Lee appears to be leading Irwin by some 680 votes.)

AIPAC’S infusion of money is new. Previously, the powerhouse pro-Israel group was a lobbying organization that encouraged its members to donate to candidates but did not officially do so itself.

This past year, in addition to launching its PAC, AIPAC also endorsed 109 of the 147 Republicans who refused to affirm President Joe Biden’s election on Jan. 6, 2021.

That, in part, led the Progressive Caucus of the North Carolina Democratic Party to revoke its endorsement of Foushee.

AIPAC’s backing of Republicans who sought to overturn the election — in addition to the funneling of money from outside the district — angered nearly 70 Jews living in North Carolina’s 4th District. They signed an open letter to the local alt-weekly, the Indy, decrying the pro-Israel super PAC’s contributions, as well as that of another PAC, Protect Our Future, financed by cryptocurrency billionaire Sam Bankman-Fried, that contributed nearly $1 million to Foushee’s campaign.

“We call on AIPAC and Sam Bankman-Fried to stop trying to buy this congressional seat, and we ask all candidates in this race to refuse to accept their support,” the letter said.

At least two rabbis were among the signers.

“I have huge concerns about the millions of dollars that they spent endorsing candidates that are a threat to our democracy,” said Rabbi Salem Pearce of Durham, who signed the open letter, referring to AIPAC. “Anyone endorsed by AIPAC super PAC would not be someone I would consider voting for.”

Many Jewish voters noted that none of the AIPAC-backed candidates talked about  Israel or the U.S. government’s policies toward Israel during campaigns.  Neither did their campaign ads address the issue. Many voters probably had no clue that pro-Israel PACs were largely funding the campaigns.

Kenny Dalsheimer, a documentary filmmaker and videographer who is Jewish and voted for Allam, said he’s confident Foushee, the primary winner, will represent the district well. He even donated to Foushee’s campaign before the pro-Israel PACs stepped in.

But the infusion of outside money from a group that brokers no dissent on Israel was a troubling step.

“AIPAC is using a lot of money to pollute this process,” said Dasheimer, who signed the open letter. “That’s just unacceptable, apart from their stand on Israel, which is a whole other issue.”

READ: How Black people and Jews are bound together in ‘great replacement’ theory