(RNS) — A couple of weeks ago in LDS Sunday school, we were discussing the passage in the Book of Numbers in which scouts from each tribe of Israel sneak into the Promised Land to see whether it’s going to be conquerable.

Of the 12 scouts, 10 come back saying the land is filled with terrifying giants who can’t be overthrown. Only Joshua and Caleb are energized by the prospect of conquest, arguing that of course they can take the land and fell the giants. “We’ve got this!” they insist in response to the other 10 scouts’ equivocations.

The church’s “Come Follow Me” curriculum, taking a soft cue from prosperity theology, spiritualizes these passages by making them All About Us, nudging us toward personal success and wellness. “With faith in the Lord, I can have hope for the future,” reads the title of one section. The lesson’s message is that if we only have faith like Joshua and Caleb, we can overcome our own challenging situations and avoid the trap of pessimism.

In class, people talked about some reasons why the other 10 scouts failed in their mission: They were weak, they didn’t trust God, they were easily overwhelmed. What no one talked about was that maybe the 10 naysayers were cautious not because they were cowards, but because they weren’t. Because they had looked into the Promised Land and realized the Lord was asking them to murder every single person inside, including children. That they were being commanded to attack people who had not made war on them because they coveted those people’s property and felt their own superior religion had entitled them to commit genocide in order to overtake that property.

I tried, quite badly, to raise this point in class, but I don’t know that my question changed anyone’s mind about Joshua and Caleb being heroes.

The context for this Sunday school discussion in my own life was that I had just spent many hours watching, reading about, writing about and being interviewed about the new Hulu series “Under the Banner of Heaven,” a much-embellished and fictionalized telling of the 1984 murders of Brenda Lafferty and her baby. I’ve now seen all seven episodes and I stand by what I wrote in April: The series has elements of good drama, including excellent performances by the ensemble cast, but is riddled with historical inaccuracies and a heavy-handed thesis that Mormonism “breeds dangerous men.” 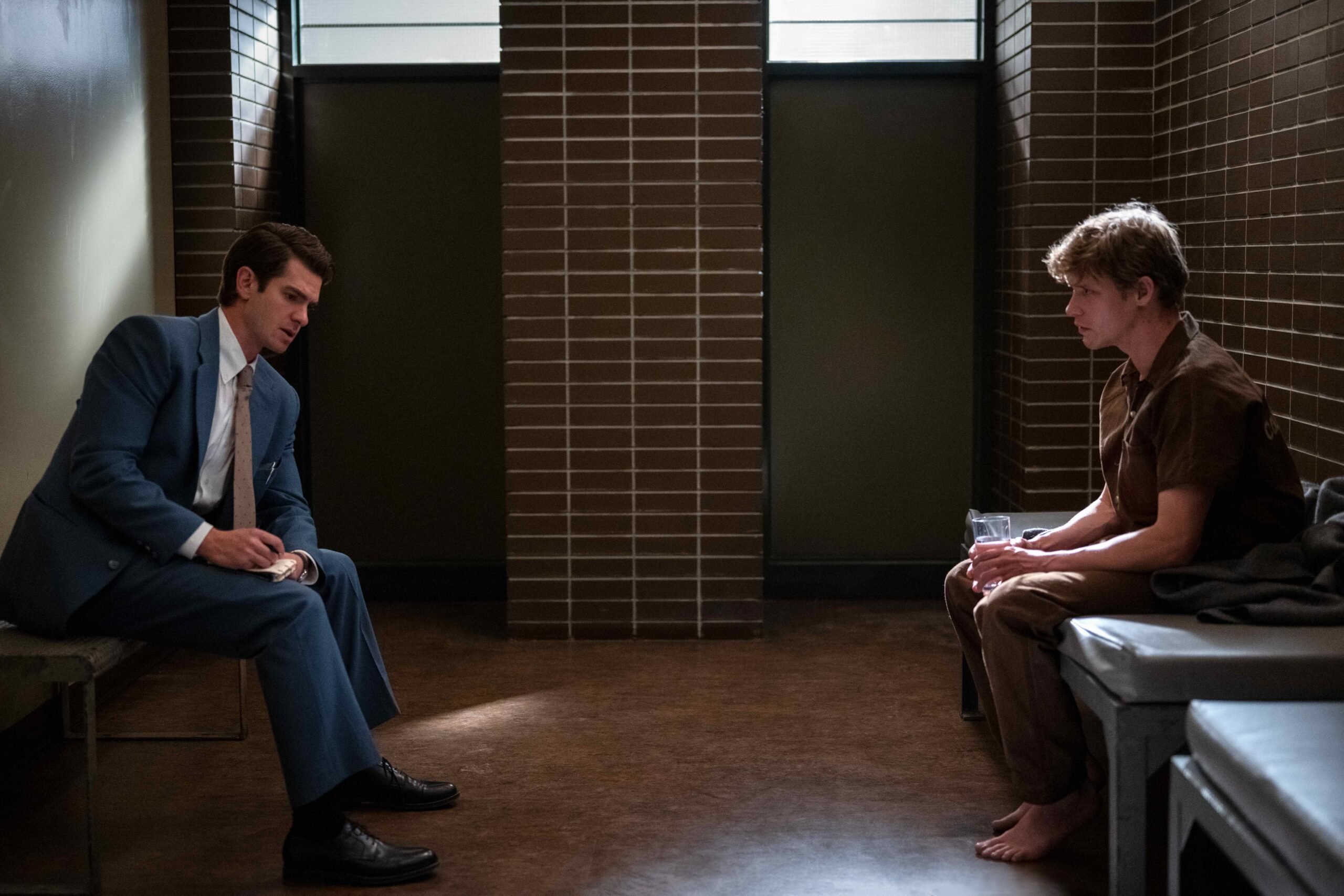 Andrew Garfield as Jeb Pyre, left, and Billy Howle as Allen Lafferty in the miniseries “Under the Banner of Heaven.” (Photo by Michelle Faye/FX)

I did not agree that my church is a breeding ground for dangerous people, people who are more prone to violence than others. I’ve never seen any reliable statistical evidence that members of The Church of Jesus Christ of Latter-day Saints are more apt to commit violent acts than other people are, or that the headline-grabbing violence by religiously inspired murderers such as the Lafferty brothers (or, more recently, Chad Daybell) are more than aberrations.

I’m open to changing my mind about this if the evidence is persuasive; “Banner” is anything but. Its final episodes present a series of historically dubious theses as fact, like that Brigham Young had a hand in Joseph Smith’s death in 1844, that Smith’s companion Willard Richards was the one who shot him and that Young directly ordered the 1857 Mountain Meadows Massacre. These problems pile onto the errors in the earlier episodes, starting with the depiction of a very young Joseph courting a very young Emma — different actors play their adolescent selves than play them in adulthood — when the couple did not even meet until she was 21 and he was nearly 20.

Details matter in the telling of history. Accuracy matters. And for “Banner” to be convincing in its broadest strokes, it should also be convincing in its details, and it isn’t. It is a mostly unrecognizable retelling of LDS origins, emphasizing only violence, the patriarchal suppression of women and flat-out greed as motivations for early leaders’ and members’ religious identification with the movement.

I’m not persuaded. But if “Banner” undermines its own credibility by only presenting the horrific side of Mormonism’s founding, claiming we can draw a straight line from 19th century monstrosities to the 1984 Lafferty murders, the contemporary LDS church undermines its credibility by ignoring the dangers of religiously inspired violence.

That neglect is built in even to our Sunday church experiences. We don’t teach members to cast a critical eye on “heroes” like Joshua and Caleb who wiped out entire cultures in the name of their Lord. Our curriculum instead asks, “How can we be more like Caleb and Joshua?” 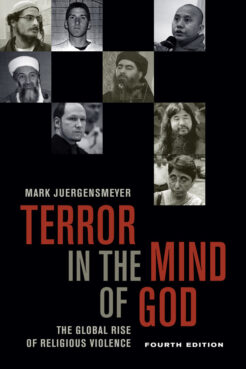 “Terror in the Mind of God” by Mark Juergensmeyer. Courtesy image

We hold to hymns like “Let Us All Press On,” which my own ward sang this week. What we all seem to like about it is that it has a kickass tune and is fun to sing. What we often fail to see is that it emphasizes the exact kind of us-versus-them mentality that scholars have demonstrated is the real culprit of violence, rather than religion per se.

Mark Juergensmeyer in “Terror in the Mind of God” argues that religious absolutism and the elevation of any conflict into a “cosmic war” lie at the root of religious violence. When struggles are viewed in strictly binary terms — all or nothing, black or white, good or evil — compromise becomes impossible and the literal demonization of enemies is assured.

It’s not hard for me to imagine what Juergensmeyer would say about hymn lyrics that exhort “in the fight for right let us wield a sword,” repeatedly declaring “the Lord is on our side” and assuring us we will prevail over “the enemy” and “the wicked.”

We will not retreat, though our numbers may be few
When compared with the opposite host in view
But an unseen pow’r will aid me and you
In the glorious cause of truth.

But if we believe our own press, we’re supposed to be better than this. So let’s allow the central message of “Under the Banner of Heaven” to permeate our conversations despite the series’ historical flaws, and let it prompt some self-reflection.

Do we breed dangerous people? And if we do, how must we change?