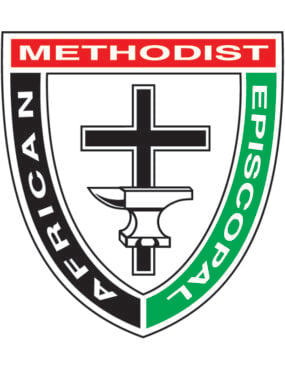 The complaint details a complex scheme perpetrated over more than two decades by Dr. Harris in his role as Executive Director of the AMEC Department of Retirement Services. Along with Robert Eaton and Financial Technologies, LLC, who were retained by Dr. Harris as the AMEC’s exclusive broker, and other parties, Dr. Harris is alleged to have used his position to “among other things, defraud and steal from AMEC.”

As part of this scheme, Dr. Harris repeatedly represented to the AMEC “a deceptive, false, and grossly inflated value for the Annuity Plan.” The discrepancy between the value of Annuity Plan funds invested in Symetra reported by Dr. Harris versus the actual value of the plan was significant. The complaint states, “AMEC learned that only about $37,000,000.00 of Dr. Harris’s previously reported $128,000,000.00 valuation of the Annuity Plan was held by Symetra.” There is no evidence that the total value of the retirement fund reported by Rev. Harris was ever the actual value of the funds. As stated in the complaint, “The $128,000,000.00 valuation reported by Dr. Harris was a baseless representation recklessly and deceptively made to plan participants without any third-party verification.”

“This financial crime has been committed against the AME Church community, and specifically our clergy, lay and Church employees,” said Anne Henning Byfield, President of the AMEC Council of Bishops. “With the help of our legal team, the AMEC community is committed to holding those responsible accountable and recovering embezzled funds.”

The AMEC has also committed to restoring the full initial investment plus interest to each retirement plan participant. AMEC uncovered the fraudulent scheme following the 2021 election of a new Executive Director. AMEC immediately engaged experienced legal professionals and forensic experts to conduct a comprehensive and independent investigation. The findings of the investigative team led to AMEC’s decision to bring this lawsuit against Dr. Harris and other defendants. The actions of Dr. Harris and others are also the subject of an ongoing law enforcement investigation.

As a result of the AMEC investigation, and as stated in the complaint, AMEC has learned among other facts:

The lawsuit filed by AMEC also brings claims against Symetra Financial Corporation for approving requests from Dr. Harris to electronically wire Annuity Plan funds to Motorskill Entities “without confirmation that Dr. Harris had the authority to do so.” As stated in the complaint, “from 2005 to 2021, Dr. Harris via Department and/or Annuity Plan funds paid about $37 million to Motorskill Entities.” In addition, the lawsuit includes claims against Rodney Brown and Company, an independent certified public accounting firm retained by the Department to audit the financial statements of the Department, including as recently as 2020 and 2021.