(RNS) — The Episcopal Diocese of Maryland has made an inaugural grant distribution of $175,000 after church members overwhelmingly approved a reparations fund a year and a half ago.

“The applicant pool was large and filled with worthy organizations doing the work of restoring Black communities in the geographical area of the Diocese of Maryland,” said the Rev. Christine L. McCloud, the diocese’s canon for mission, in a statement announcing the grants.

Speaking at an awards ceremony in Baltimore on Thursday (May 26), Bishop Eugene Taylor Sutton said the awards’ distribution represented the triumph of action over debate.

“Many people in the United States wonder, ‘Why reparations? I did not own slaves and maybe my family didn’t own slaves and I love everyone,’” said Sutton, the Maryland diocese’s first African American bishop. “Today is part of that answer. The legacy of 350-plus years of discrimination against persons of African descent have taken a toll on this nation and it has affected all of us. All of us.”

Sutton encouraged others to “return some of the wealth that has been accumulated over 350 years and return it to African American communities.”

In September 2020, a diocesan convention voted, with 82.5% of 220 delegates approving, to create a $1 million “seed fund for reparations.”

RELATED: From $500,000 to $785, Maryland Episcopal churches commit to reparations

“It’s more than that now, not because of the stock market, as we all know, but because of continuing contributions to that fund of people from all over the state, Episcopalian or non-Episcopalian,” said Sutton at the ceremony, “saying we want to be a part of this; we want to be a part of efforts to address housing inequality, education inequality, poor health care, environmental degradation and the need for micro economic justice.”

In 2019, the diocese’s convention voted to study reparations and urge congregations to “examine how their endowed wealth is tied to the institution of slavery.” 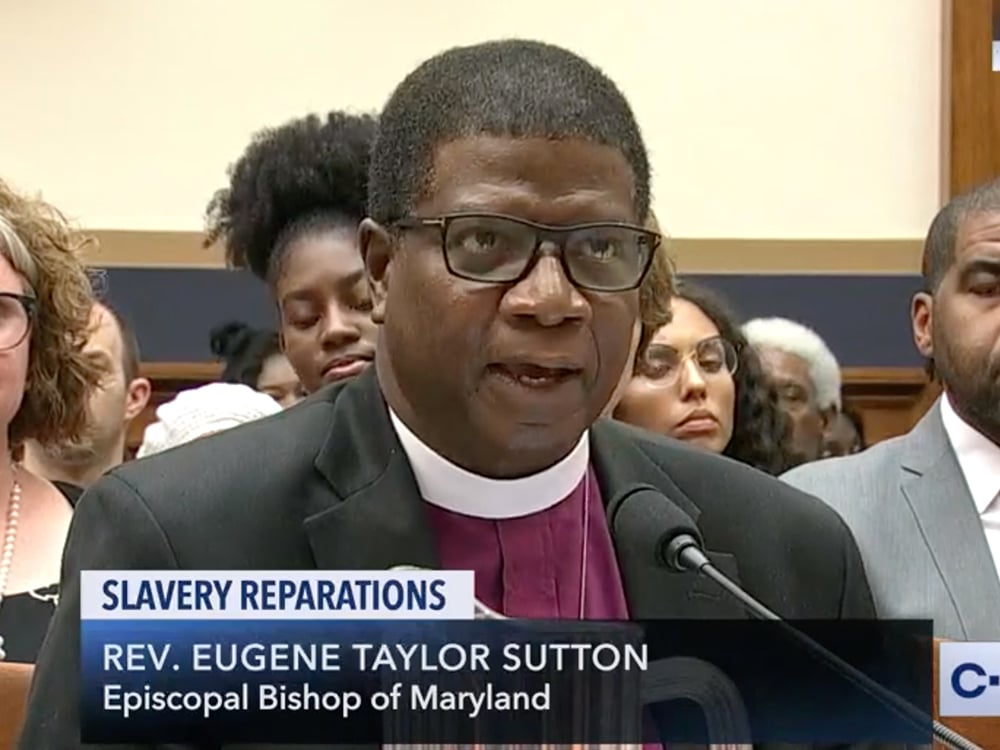 When that measure passed with no dissenting votes, Sutton told Religion News Service that it brought tears to his eyes as he realized the delegates, representing a membership that is 90% white, “got it.”

“They get this thing called justice, and when you put it in a frame that there is a basic injustice in this nation of stealing from generations of people and that has a direct effect on today, then people,” Sutton said in a 2019 interview, “they say, ‘OK, we got to get that fixed.’”

The diocese named six organizations as the inaugural grant recipients. They include: