(The Conversation) — The festival of Shavuot, marked this year on June 5 and 6, celebrates the biblical story of God revealing Torah – Jewish scriptures and teachings – to the Israelites at Mount Sinai. This gift, and the observance of Torah’s principles, is at the core of the Jews’ relationship with God, referred to as the “covenant.”

Shavuot has deeply agrarian roots. As a scholar of early Rabbinic Judaism, I know that the holiday has evolved significantly over the centuries, as has Judaism itself. Today, rather than primarily marking the harvest, Shavuot observance transports the Jewish community back to Sinai, to symbolically experience the awe of revelation and personally recommit to the covenant.

In the Hebrew Bible, Shavuot marks the harvest of the first summer grain. Each Passover, which is celebrated midspring, the Israelites brought a sheaf of the earliest post-winter barley harvest to the Jerusalem Temple. Fifty days later, on Shavuot, they brought the first of the summer wheat harvest, which they presented as an offering to God.

In Hebrew, the word “Shavuot” means “weeks,” referring to the seven weeks between Passover and Shavuot. The 49 days between are a period known as “The Counting of the Omer.” 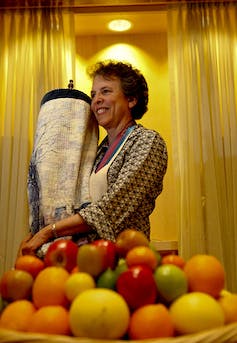 Passover and Shavuot thus are linked as holidays that, in the Bible, thanked God for the harvests that sustained people year to year. Jewish scriptures refer to Shavuot as the Festival of the Harvest, “Chag Ha-Katzir,” and Day of First Fruits, “Yom Ha-Bikkurim.” In modern times, synagogue sanctuaries are decorated on Shavuot with greenery, baskets of fruit or other produce that represent the bounty of the land and the divine blessing that helps it grow.

But Shavuot gradually evolved, as did other Jewish practices, after the destruction of the Jerusalem Temple in AD 70. This dramatic event meant an end to animal sacrifices and agricultural offerings. In their place, Jews paid increased attention to the observance and study of Torah.

Since then, Shavuot has taken on new symbolism, based on its timing in the Jewish calendar. Passover, 49 days before, commemorates the Jews’ deliverance from slavery. According to scripture, God gave Torah to the Israelites at Mount Sinai soon after their escape from Egypt. Therefore, people imagine that the counting between Passover and Shavuot represents the Jewish people’s progress from slavery to freedom, from Egypt to Sinai – toward knowledge of God that is revealed through the study and observance of Torah.

On the surface, these holidays mark one-time events. But Shavuot reframes them to represent an ongoing ethical commitment. The prayers and rituals of Passover emphasize God’s desire that no one be oppressed. Seven weeks later, at Shavuot, the Jewish people recommit themselves to Torah’s revealed principles and practices – traditions that Jews are encouraged to use to oppose oppression and create a better world.

In this context, the 49-day Counting of the Omer leads to a heightened reflection on Jews’ responsibilities in a flawed world. To encourage serious contemplation, during the counting, Jews who are traditionally observant do not schedule weddings or other joyous celebrations and do not engage in activities that might distract from the deep purpose of this sacred time.

Increasingly today, programs of daily reflection and meditation have been developed to turn the Counting of the Omer into a seven-week time of meditation and personal spirituality.

When Shavuot arrives, the community gathers in worship, which includes the reading of the Bible’s Sinai narrative and Ten Commandments. While the Commandments are read, the congregation stands to accept the covenant, just as scripture says the Israelites did at Mount Sinai. To heighten this symbolic reaffirmation, some congregations prepare wedding contracts that imagine the Jewish people and God as spouses, mutually committed to the value of “Tikkun Olam,” or repairing the world. 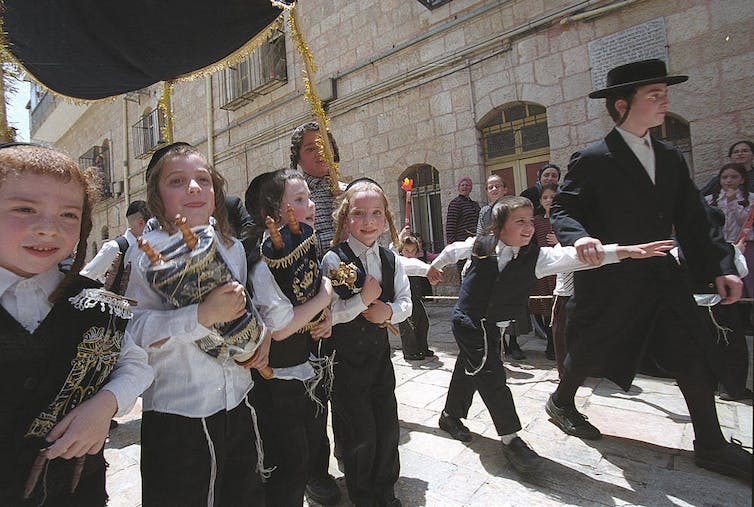 One beautiful part of communal Shavuot worship is chanting the biblical Book of Ruth. Ruth was a woman from the ancient region of Moab who left her own nation and homeland to join the people of Israel, and is remembered today as the first convert to Judaism. Her story is relevant because it takes place in the harvest season and, perhaps, because Ruth was a great-grandmother to the Jewish hero King David, who legend says died on Shavuot. And as a convert, Ruth willingly took on the obligations outlined for Jews in Torah – just as all Jews renew their covenant with God on Shavuot.

Another Shavuot tradition is eating dairy foods, such as blintzes and cheesecake. The origins of this custom are not clear, and many diverse reasons have been suggested. Some say eating milk products reflects the biblical description of Israel as a land flowing with milk and honey, or that the Israelites, when they received the revelation at Sinai, were like spiritual newborns. Whatever the reason, the practice renders Shavuot a unique culinary experience. 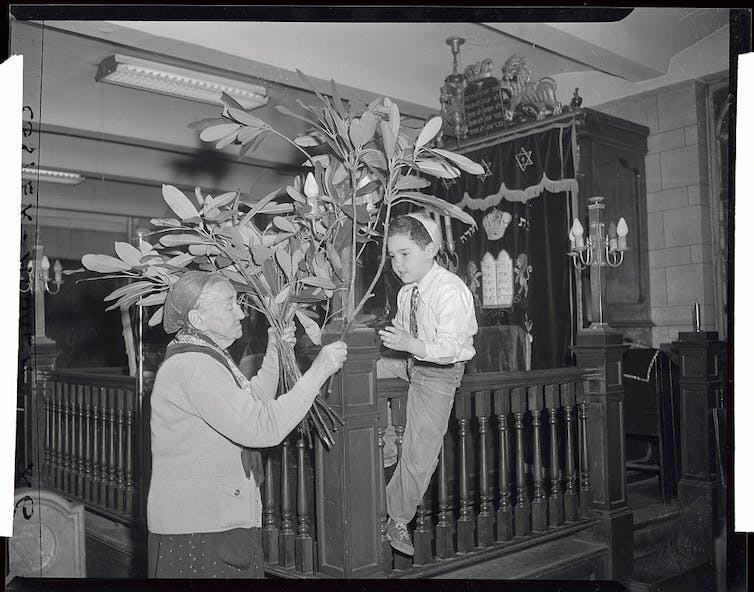 Esther Zolkowitz, 90, passes green branches imported from Israel to 7-year-old Allen Mayer as they decorate a synagogue for Shavuot in 1952.
Bettmann/Bettmann via Getty Images

Some 600 years ago, Jewish mystics in Safed, a hilltop town in Israel, developed a custom of staying up late on Shavuot eve to study Torah, underscoring their commitment to religious learning. These study sessions, called “Tikkun Leil Shavuot,” are today a central part of Shavuot observance.

A Tikkun Leil Shavuot might go all night and conclude when it is time for morning prayers. Or it might continue until midnight, understood by the mystics to be a particularly auspicious time for connecting with God. These events have evolved to offer something for everyone, from well-educated adults to schoolchildren.

Bringing the community together to study, these celebrations highlight what is most important about Shavuot. In Judaism, community, Torah and the covenant with God create a world of meaning and purpose. The holiday is a reminder that in life, as in study, people do not go it alone.

Exodus 24 teaches that when God revealed Torah at Sinai, the Jewish people said, “All that the Lord has spoken, we will do and we will listen!” This year, on June 5 and 6, they will make that same statement again.

(Alan Avery-Peck, Kraft-Hiatt Professor in Judaic Studies, College of the Holy Cross. The views expressed in this commentary do not necessarily reflect those of Religion News Service.) 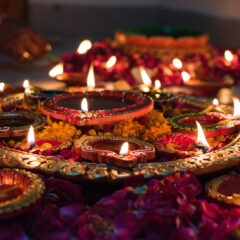