(The Conversation) — The word “witches” makes many Americans think of women working in league with the devil. But that hasn’t always been the face of sorcery.

Most of Catholic and Protestant Europe embraced the idea of magic as a satanic craft practiced by women, and strong, independent women were kept in line through such accusations. In Orthodox Russia, however, accusers overwhelmingly blamed men for bewitching them and held different ideas of where the power of “magic” came from.

Evidence about Russians’ belief in witchcraft survives in all kinds of documents from the 12th to the 18th centuries: sermons; historical chronicles and tales; stories of saints’ lives; laws and decrees; manuals of herbal healing and spell books; and court records. These documents provide insights into the lives of ordinary people otherwise lost to history: in peasant homes and military regiments, on serf-owning estates and on barges on the Volga River. Verbatim testimonies in trial records show fraught, often abusive relationships between husbands and wives, masters and servants, patrons and clients.

This history – the focus of three of books I’ve written as a scholar of medieval and early modern Russia – shakes up understandings of who “witches” were. Here, men were the usual suspects, for reasons that highlight the frighteningly capricious ways power and hierarchy structured everyday life.

Three out of four Russians accused of witchcraft were men. Most were accused of acting alone or with one or two associates, and almost all faced charges for everyday, practical kinds of magic.

Witches employed spells and simple potions made mainly of herbs and roots, throwing in the occasional eagle’s wing, eye torn from a live chicken or dirt from a grave. Their magic called on the forces of nature and the beauty of poetic diction. They drew on the force of analogy – “as this, so that” – to activate their spells and curses: For example, “as a log burns and withers in the fire, so may my master’s heart burn and wither.”

Some spells invoked supernatural beings, from Jesus Christ and Mary to nature spirits and mythic figures from Russian legends, such as a golden fish or a wingless bird. Occasionally spells called on Satan and “his many little satans,” or invoked saints and satans at once.

While some of the accusations were clearly false, lodged out of malice, surviving records make it equally clear that many of the accused did enact the kinds of rituals and spells that their accusers charged.

Practitioners used their craft in efforts to heal the sick, help the lovelorn, locate lost people and objects, protect people from guns or arrows and guard livestock. At the same time, records show some practitioners had darker motives: to curse, inflict illness, possess others, cause impotence, extinguish love or kill. 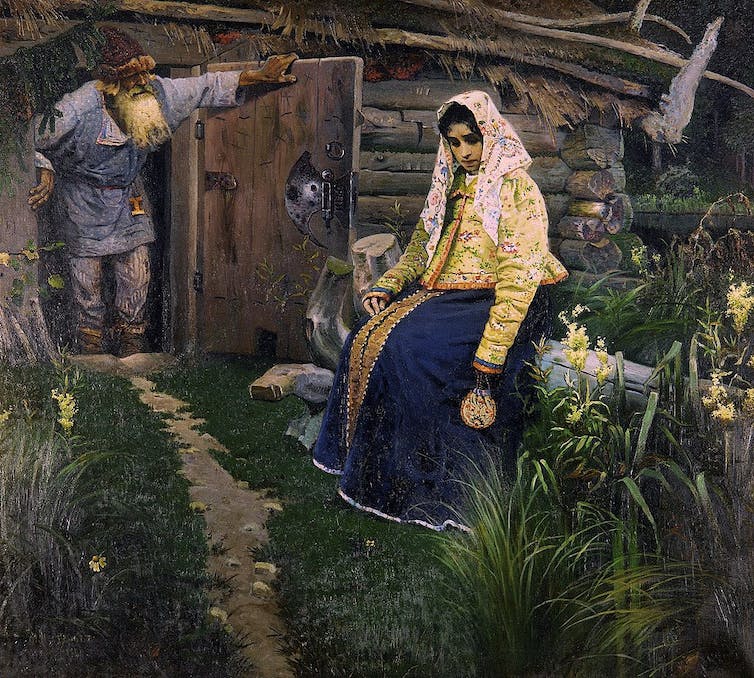 In a society without trained medical providers, folk healing offered the only option for the sick other than prayer. Many people consulted both priests and healers who used magic, and saw no contradiction between the two. Fear that witches had a tendency to bewitch newlyweds made it common to invite sorcerers to protect the bride and groom during weddings and to pay them well in vodka for their service. Everyone from the czar’s wife to the lowliest serf might turn to magic at some juncture in their lives.

Perhaps most revealing are what were usually called “love spells” – which by their very nature were coercive, intended to subordinate the will of their target to that of the spellcaster.

Love spells used by men were usually sex spells. Surviving examples are both beautiful and terrifying, with the spellcaster wishing agony on his beloved whenever she is away from him:

In the minority of cases where women were accused of witchcraft, their “love spells” usually aimed to calm their husbands’ anger, avert their fists and make them “be kind.”

When a woman attempted to turn the tables and dominate her husband or master, however, that threatened to invert the patriarchal social order – and hence the punishment was especially harsh, including some executions.

Beyond love spells, a broader category called “spells to power” challenged the social order. I see these spells, which aimed to win the love of one’s social superiors, as an important reason that so many men were accused.

While women were often stuck at home or on estates, men of all ranks, even serfs, were relatively mobile. During their outings, they might run up against the arbitrary authority of a master, a judge, an official, a military officer, a nobleman or a bishop. In any of these situations, being armed with a protective written spell was simply good planning.

A spell book from 1763, for instance, includes the following:

“… Like the sun rises, and the moon, by the will of the highest, and like tsars and princes, and kings, and generals, and governors, and all people, so may I, slave of God, appear with the beauty of the sun and the moon in their eyes. … As tsars and kings, and knights, and governors, and generals, and rulers love any precious stone, and may all people love me, slave of God.”

In a fiercely hierarchical society, where everyone except the czar was under the absolute and arbitrary authority of someone higher on the social ladder, belief in magic offered a sense of protection – a way to exercise a tiny bit of power in a world stacked against the subordinate.

And since belief in magic was universal, elites and common folk alike saw its possibilities and dangers. Magic threatened to arm the underling and to subvert the accepted social order. Although women participated in these practices, it was men who were more likely to bump up against authorities, to come under suspicion and to be discovered with a scrap of paper with a “spell to power” tucked into a hat or a shoe.

Ideas about witchcraft in Orthodox Russia may have been less sensational than those in Catholic and Protestant Europe, but it was seen as equally threatening to a social, religious and political order built on unquestioned hierarchies.

(Valerie Kivelson, Professor of History, University of Michigan. The views expressed in this commentary do not necessarily reflect those of Religion News Service.) 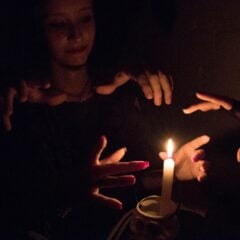