(RNS) — Contemporary Christian musician Amy Grant is out of the hospital but needs to recuperate at home and postpone some concerts after a bike accident.

“Due to the doctor’s orders she has had to postpone her upcoming August concerts,” said Velvet Kelm, Grant’s spokeswoman, in a Friday (July 29) statement.

The singer/songwriter has been released and is “resting comfortably at home,” Kelm said, after spending a couple of nights in a Nashville, Tennessee, hospital for treatment and observation.

“Earlier this week Amy Grant was in an accident after hitting a pothole while out riding her bicycle with a friend,” said Kelm, who noted the artist was wearing a helmet at the time.

Grant, 61, was named one of this year’s Kennedy Center Honors recipients about a week before the accident.

“Never in my wildest dreams did I imagine ever receiving this prestigious Kennedy Center Honors,” Grant said in a July 21 statement. “I cannot wait to celebrate with my fellow honorees, friends, and family. Thank you for widening the circle to include all of us.”

She is scheduled to join actor George Clooney, singer Gladys Knight, Pulitzer Prize-winning composer Tania León and the rock band U2 in a celebrity-filled gala at the center’s Opera House on Dec. 4.

Grant, who recovered from heart surgery in 2020, was the first contemporary Christian musician to have a No. 1 hit on the pop charts with “Next Time I Fall,” a 1986 duet with Peter Cetera of the band Chicago, and the first to perform at the Grammy Awards.

Her fame continued to spread with “Baby, Baby,” a hit from her 1991 platinum album “Heart in Motion.”

Grant had plans for concerts during August in the Tennessee cities of Knoxville, Chattanooga and Johnson City as well as in Wilmington, North Carolina. Those concerts have been rescheduled for April and June next year.

Future tour locations include September stops in Michigan, Indiana, Ohio and Iowa. Later in the year, she has two Christmas concerts planned, one with CCM singer/songwriter Michael W. Smith and another with her husband and country singer, Vince Gill.

Kelm said no other changes have been made in Grant’s schedule as of Friday. 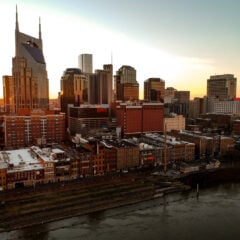