(RNS) — Last week, abortion rights faced their first test since the overturning of Roe v. Wade. An anti-choice coalition in Kansas — bankrolled and promoted by the state’s Catholic bishops — asked voters to approve a constitutional amendment removing the right to abortion care that was recognized by the Kansas Supreme Court in 2019. Abortion rights advocates organized and fought back hard, and the results are in: Kansas voters rejected the bishops’ efforts by a landslide, a stunning rebuke to the anti-abortion movement.

Kansas has a long history as a constitutional battleground on issues. The “Board” in Brown v. Board of Education, the landmark Supreme Court case that ordered the end of racial segregation in public schools, was the school board of Topeka, Kansas, after all. Many of the same factors in that case were present in last week’s vote. White evangelical Christians organized around racial segregation in the 1950s and 1960s on religious grounds, especially in the aftermath of the Brown ruling. The same evangelical groups, having replaced segregation with abortion as a more politically palatable, “respectable” new cause to energize their base, mobilized against abortion rights last week.

The difference between Brown and Roe is that white evangelicals have since the late 1970s allied with right-wing Catholics to amass political power. Together, evangelicals and Catholics have spent the ensuing decades, and hundreds of millions of dollars, waging an unholy crusade to control women’s bodies, capture the federal judiciary and take choice out of the rightful hands of patients and their caregivers.

Race and equality are still an integral part of this unholy anti-choice crusade, as white supremacy and abortion are inextricably linked. Look at Kansas and see: Anti-abortion campaigns led by religious white men (many of them ostensibly celibate) disproportionately affect the most marginalized. The people who already face obstacles to accessing health care — Black, Indigenous and other people of color, those working to make ends meet, women, the young, people with disabilities and complex medical conditions, immigrants and members of the LGBTQI+ community — are the very people that Jesus commanded us to serve first.

In the amendment campaign, the Catholic hierarchy spent north of $4 million, even as the church provides its employees woefully inadequate paid family leave (if they have any at all). The anti-abortion movement has never been about “protecting life”; it’s about protecting political power and preserving white privilege.

The Catholic hierarchy’s refusal to acknowledge the profound suffering caused by abortion bans is the opposite of social justice as most Catholics know it. It also affects Catholics themselves. Nearly 1 in 4 abortion patients in the U.S. is Catholic. Catholics who have abortions are participating in the life of the church, but their leaders at best ignore them and at worst stigmatize, shame and silence them. The hierarchy’s refusal to listen to those in their pews who have had abortions is spiritual violence. 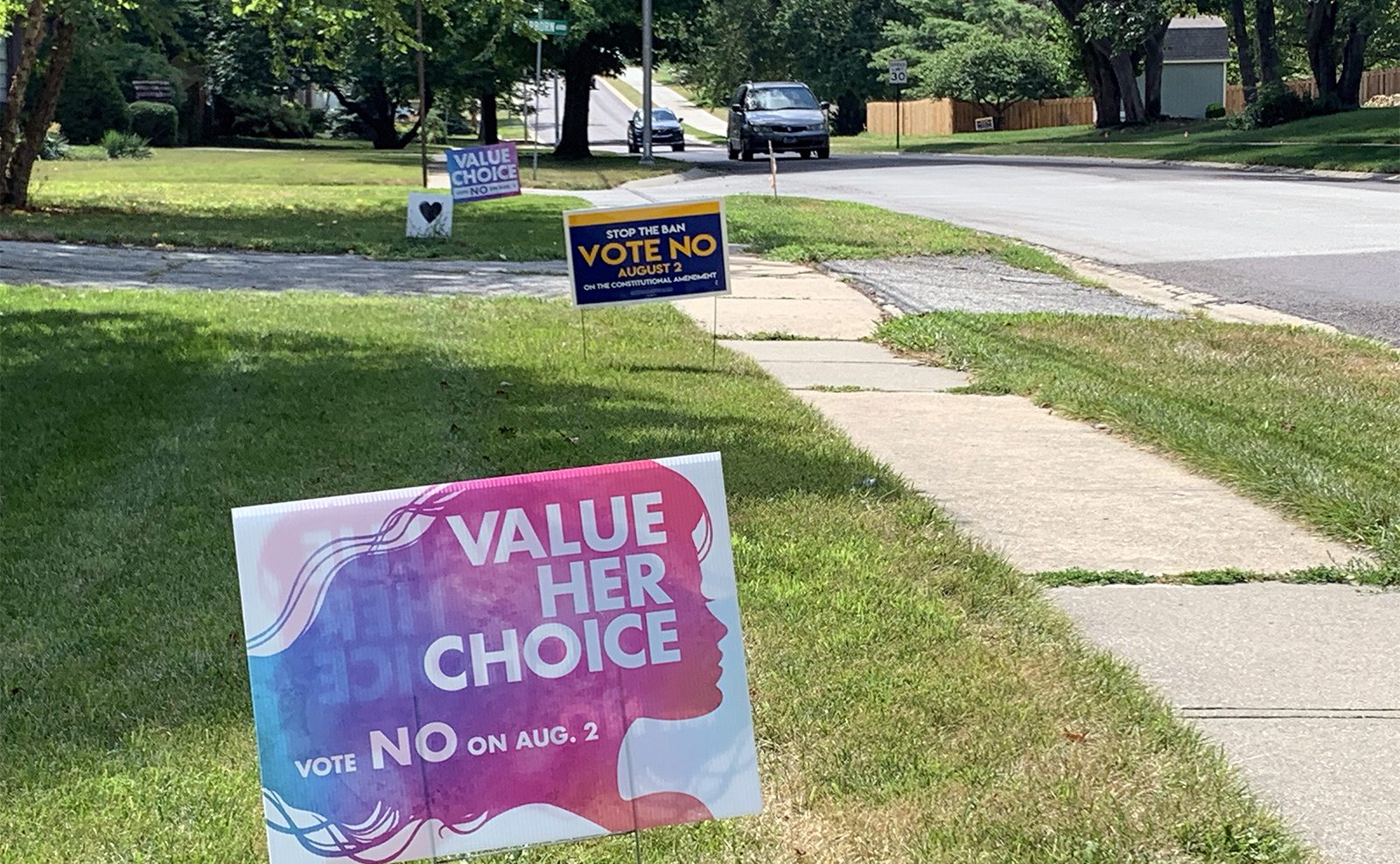 A solid faithful majority of religious Americans, including Catholics, supports abortion access. The anti-abortion extremists on the religious right may be louder — and their false oppositional “faith vs. abortion” framing is all too often uncritically parroted — but nothing could be further from the truth.

Claiming that the fall of Roe represents a win for people of faith is, simply put, a lie. But how should America’s faithfully pro-choice majority respond?

We need to be louder. Many pro-choice people of faith often keep quiet about their views, intimidated by decades of unrelenting stigmatization by their leaders. Praying in silence is not enough: We must with our actions boldly and courageously speak out about our support for abortion. We have the moral high ground here; now we must claim it.

Pro-choice Catholics need to loudly declare to their families, friends, faith communities and politicians that we are supporters of abortion access — not in spite of our faith, but because of it.

We must lean into the uncomfortable conversations that we’ve previously shied away from.

We must educate ourselves and others about abortion and learn how our faith prioritizes the importance of conscience, the freedom of every individual to make their own moral decisions about their bodies and lives without interference by white supremacist, anti-feminist, Christian nationalist religious forces.

RELATED: Abortion opponents have won. But they risk losing it all.

We must vote like our rights depend on it — because they do.

Finally, we must disobey unjust laws banning abortion, as Catholic liberation theology compels us to do. We must refuse to take them as legitimate, nonviolently resist them in every way we can and continue providing practical support for those who seek abortion care.

The vote in Kansas shows that when pro-choice people of faith speak, act and vote their values, they can win even when they are up against the power, money and influence of the Catholic hierarchy. Compelled by our faithfully formed consciences, guided by our religious values and energized by this victory in Kansas, the pro-choice faithful majority — including pro-choice Catholics — must keep up our fight until the fundamental right to abortion is once again the law of the land.

(Jamie Manson is president of Catholics for Choice. The views expressed in this commentary do not necessarily reflect those of Religion News Service.)