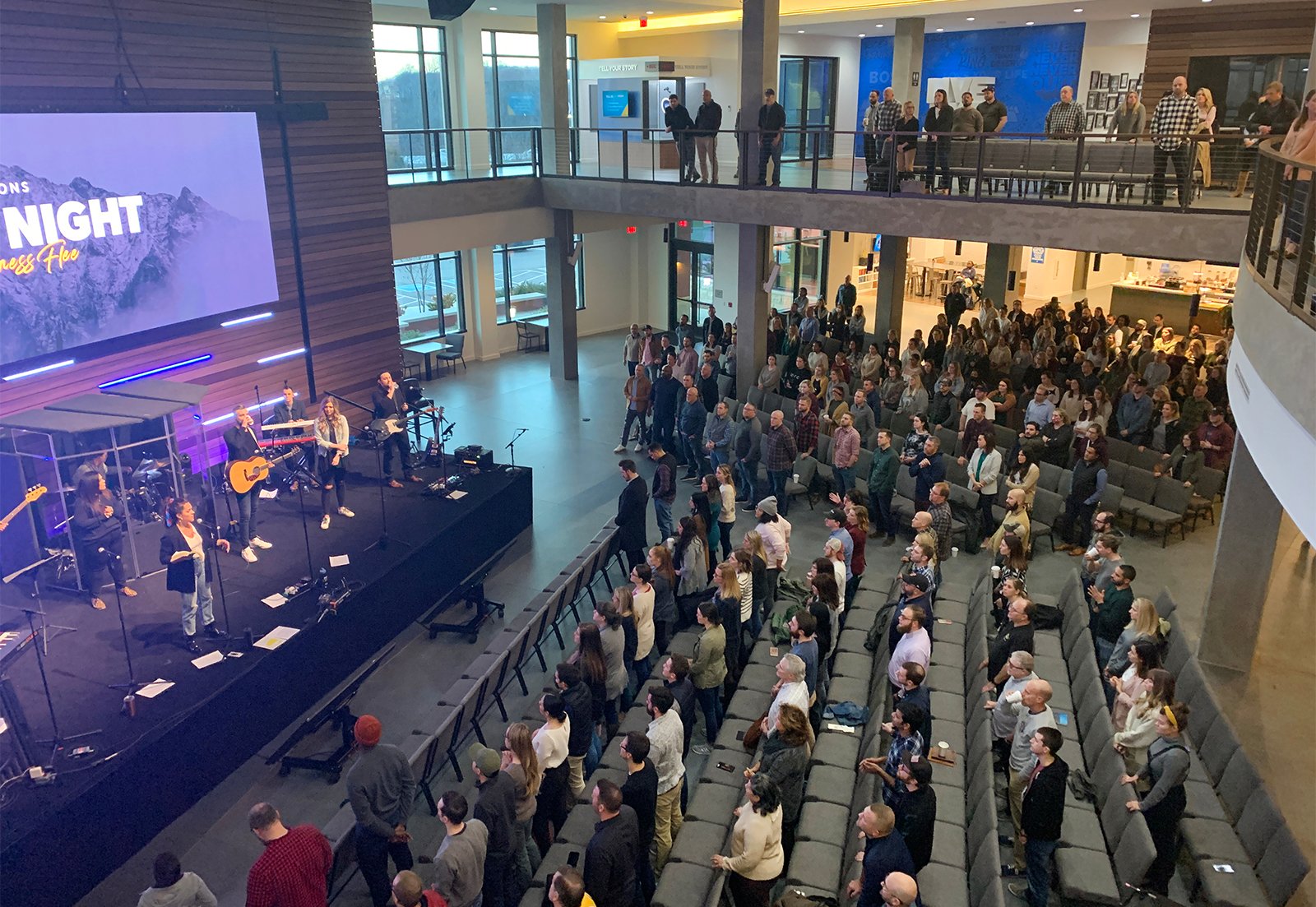 (RNS) — In early 2019, Dave Ramsey, the finance guru and national radio host, began to think that he’d made a terrible mistake.

For months he and other leaders at Ramsey Solutions had been backing Chris Hogan, a bestselling author and speaker for the Franklin, Tennessee, media and publishing company, in a dispute with Hogan’s wife, who had accused him of adultery.

Ramsey had learned of the allegations against Hogan in the fall of 2018, on the eve of a major tour planned for Hogan’s “Everyday Millionaire” book. For Ramsey Solutions, the allegations presented a particularly thorny problem. Founded by Ramsey in1992, the company offers financial advice — famously, stern warnings to avoid debt — with a Christian foundation. Much of its revenue comes from the personal finance courses and books it sells to churches and from his daily radio show.

The biblical ethic extended to Ramsey Solutions’ employees: Ramsey personally enforced the company’s “righteous living” rules, which, among other things, bar premarital and extramarital sex. Ramsey Solutions has been sued by former employees; one who was fired after higher-ups learned she was pregnant without being married, and another who alleges she was terminated for being a lesbian. (In the latter case, the company settled.)

But Hogan was a star, with his own slot on the company’s radio programming and multiple books. Rather than fire Hogan, Ramsey and other leaders let Hogan go out on the tour while setting up a “restoration plan” for his marriage.

That plan failed. And Ramsey began to worry that Hogan had been lying to him.

“I am afraid we are being played after we were warned that he is a world class liar and manipulator,” Ramsey wrote other leaders at his company in an email dated Feb. 25, 2019. The email was part of a trove of documents recently filed in the U.S. District Court for the Middle District of Tennessee for the lawsuit filed by Caitlin O’Connor, the former Ramsey employee who claims the company fired her for being pregnant and not married.

“We owe God to steward a huge situation with wisdom and thoroughness,” he went on to write. “If it breaks that he has done some huge things and it looks like we did not dig for truth, and checked boxes, we will not only have lost (name redacted), but will also have a legitimate PR problem of scale, because we covered up a horrible act to line our own pocketbooks.” 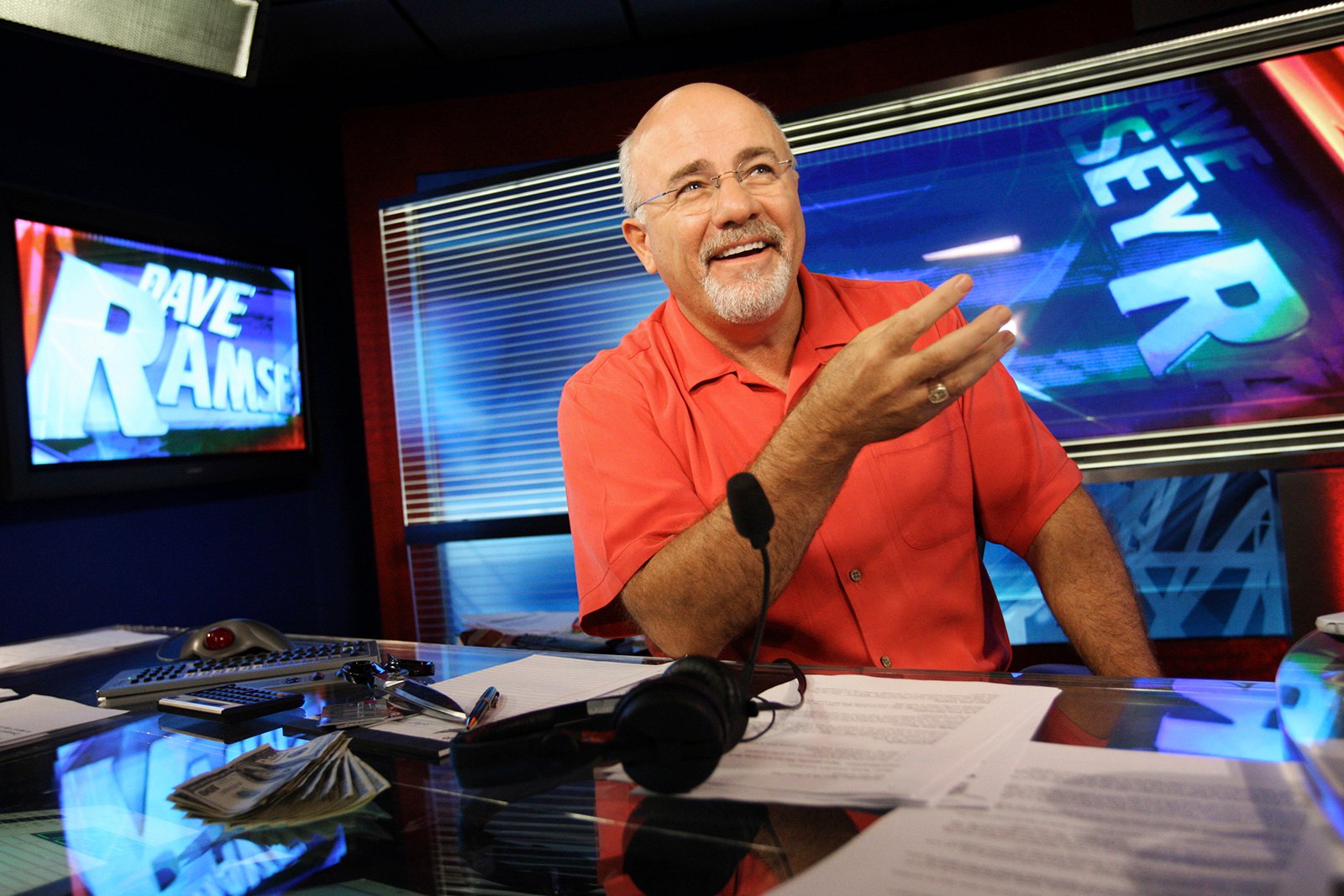 The email did not mention Hogan by name but described a situation identical to his. Hogan’s former wife, Melissa Hogan, confirmed in a phone call with Religion News Service that the email referred to her former husband, who later left Ramsey Solutions for violating company policy.

RELATED: Is Dave Ramsey’s empire the ‘best place to work in America’? Say no and you’re out

Ramsey Solutions did not respond to requests for comment. Neither did Chris Hogan.

The company had argued O’Connor was fired for having premarital sex in violation of Ramsey Solutions’ “righteous living” rule. The documents also include depositions of Ramsey and other company leaders, providing insight into the scrutiny that Ramsey’s nearly 1,000 employees are subjected to about their sex lives.

Lawyers for Ramsey Solutions and O’Connor have fought in court for months over the documents, with Ramsey lawyers arguing that they all should be sealed. O’Connor’s lawyer argued that she needed to refer to the depositions and other documents in responding to Ramsey’s motion for summary judgment in the case.

In mid-August, a federal judge ruled that redacted copies of the documents could be filed without seal.

In one case described in a deposition with Armando Lopez, head of human resources at Ramsey Solutions, the boyfriend of an employee was seen coming out of her apartment “in boxer shorts and a blanket to walk the dog” early on a weekend morning. Another employee, who lived in the same complex, saw the boyfriend and reported the incident to his boss. That led to the employee with the boyfriend being confronted by her boss and later being fired, according to O’Connor’s lawyers. 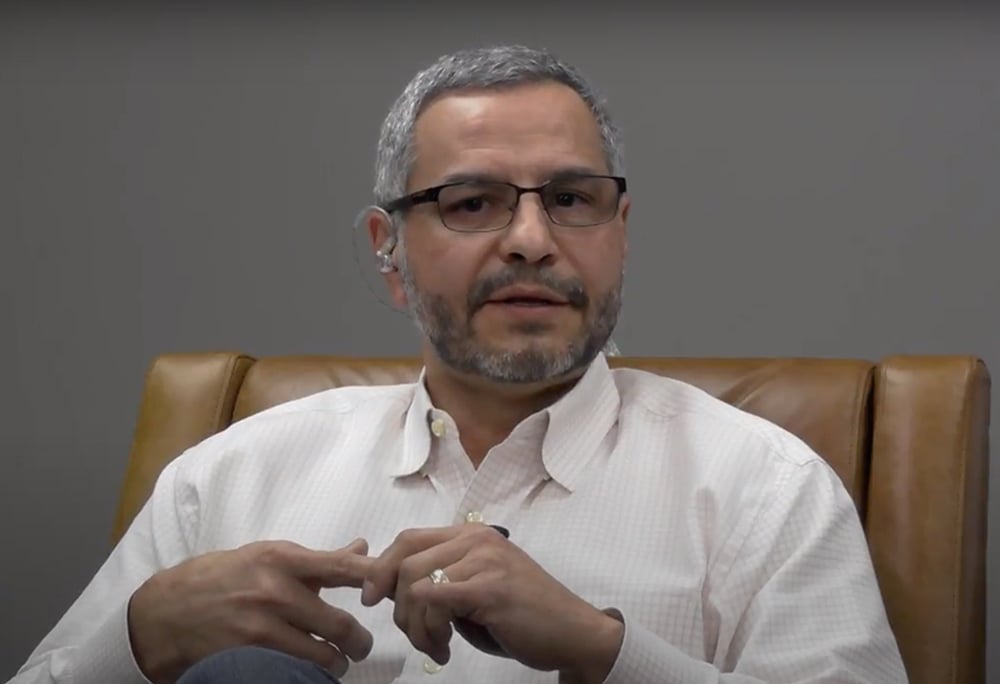 This incident was not considered gossip — also banned by Ramsey — said Lopez. “He went to leadership, he did not go to subordinates or peers,” Lopez said of the employee who reported the incident.

In his deposition, Lopez described another Ramsey employee who got married and then told her boss she was several months pregnant. She was fired as well. In all, more than a dozen Ramsey employees were let go for violating righteous living policies.

“We suspected she had violated company policy, but we didn’t know it until that moment,” Lopez said in the deposition.

“Our operating board chose sexual intercourse outside of marriage as the line at which a person must leave and the assumption is termination at that point,” longtime Ramsey board member and Human Resources Committee Chair Jack Galloway said at an August 2021 deposition. “Things short of that are more case by case and more at least open for discussion.”

Ramsey Solutions leaders admitted in a deposition that the company’s “righteous living” rules did not bar premarital sex in writing. While the rules are sometimes described as drawn from biblical standards, several company leaders were not able to cite any Bible verses to support their views on marriage and sex. 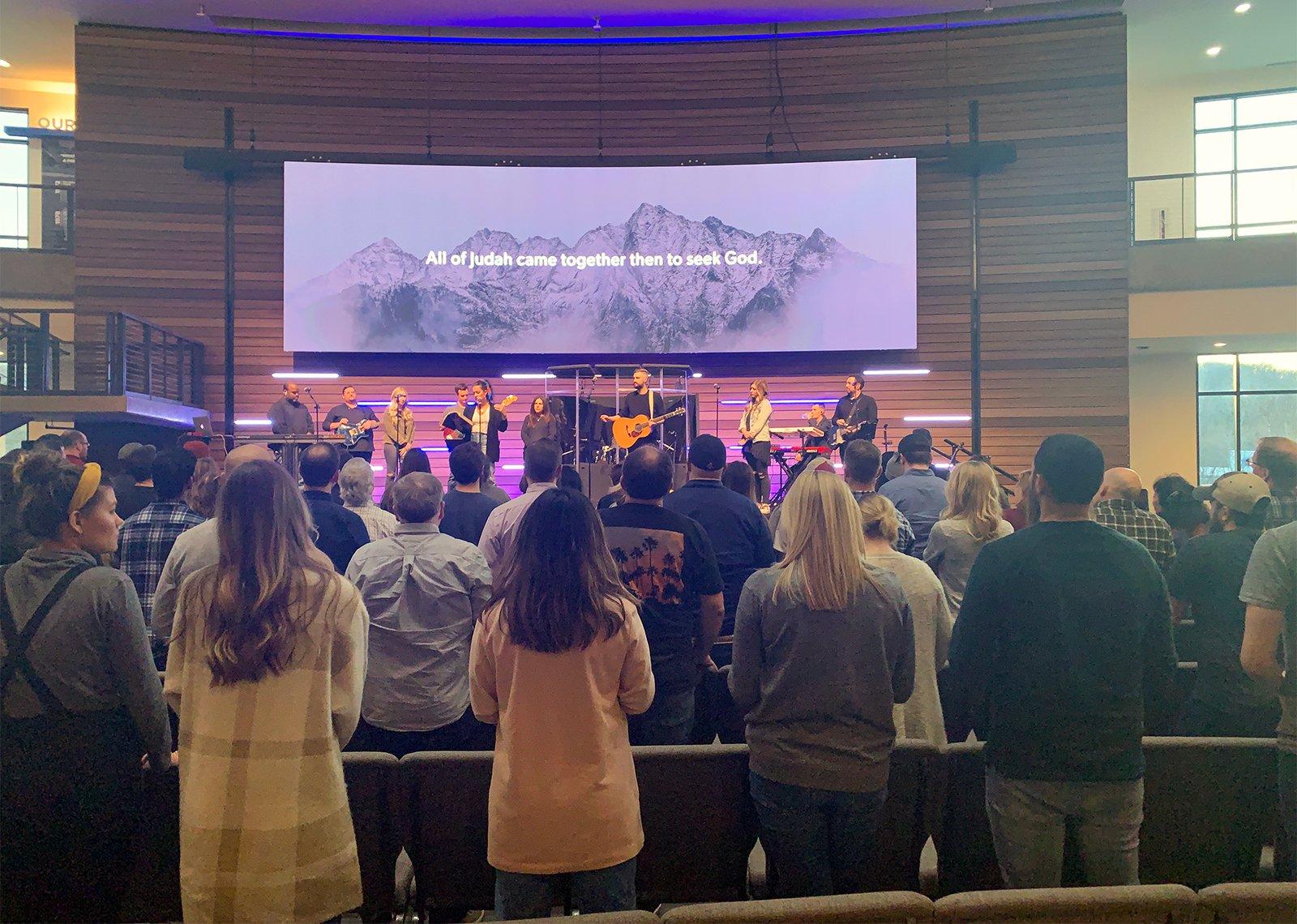 In his emails and depositions, Ramsey expresses both Christian concern and contempt for his employees and their families.

After O’Connor emailed her boss to ask about taking maternity leave, Ramsey told other leaders to assure O’Connor that the company would support her.

“Love her,” he wrote to other leaders. “Tell her we will work this out with her next week but she will be loved and cared for.”

But he and other leaders agreed O’Connor’s days at Ramsey were done. One leader called O’Connor “classless” for sending an email rather than talking to her boss in person.

In his deposition, Ramsey said the company was “unbelievably kind” to O’Connor and said in the deposition and his email that her situation was sad.

“It’s sad that apparently she’s going to lose her job for having premarital sex,” he said in a deposition, describing his response to the news about O’Connor. “And there’s a baby involved. And it’s a horrible, horrible situation.” 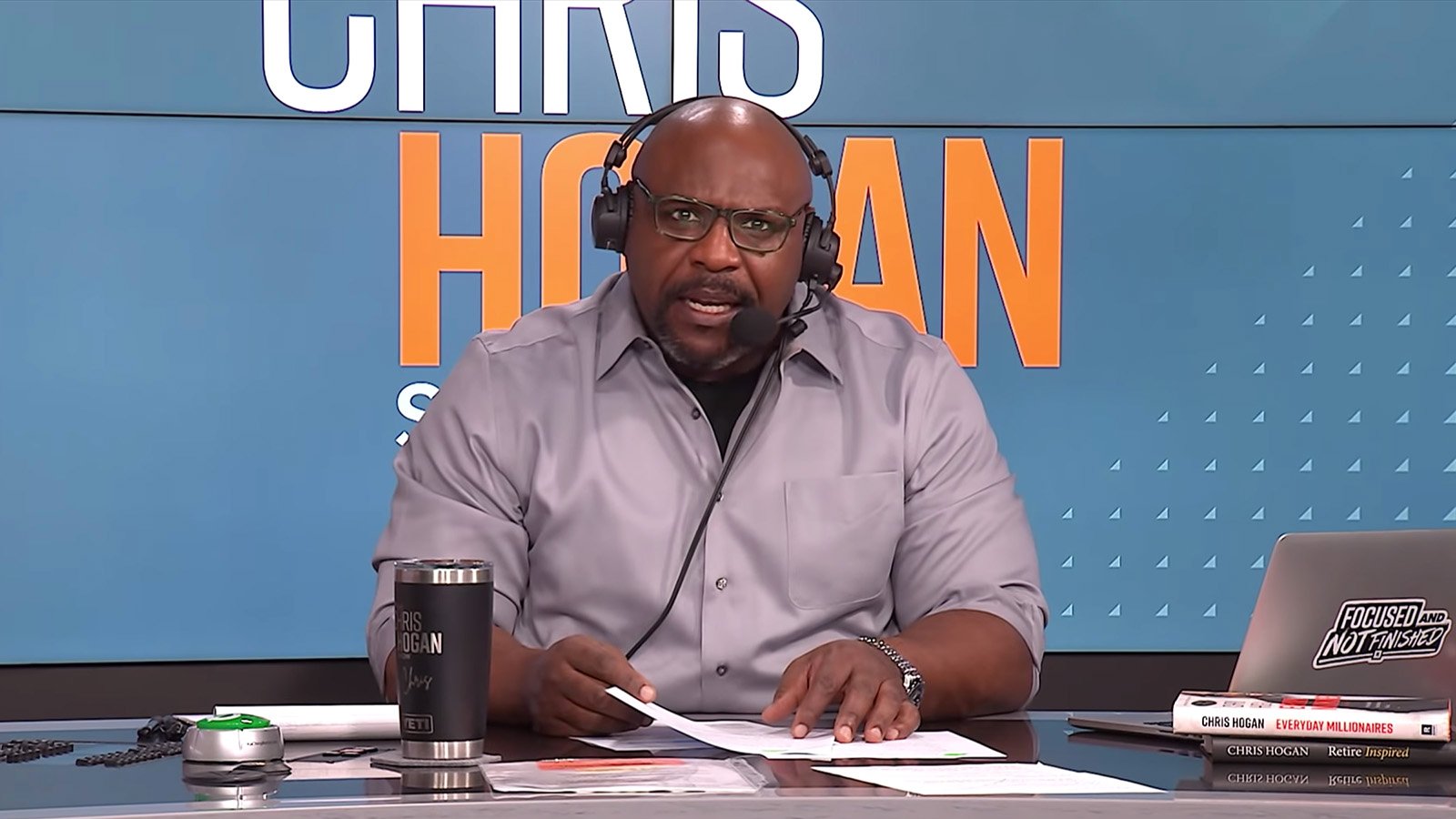 Ramsey said in his deposition that the company made a mistake in how it handled Chris Hogan’s misconduct. The company knew he had had several affairs, one including oral sex, but kept him on staff.

The Christian finance guru placed most of the blame on Melissa Hogan, who had warned company leaders repeatedly about her then-husband’s conduct. He described her as a “world-class bitch” and not a credible witness. Ramsey also referred to a member of her family as “a hole” after he called the company to complain about Hogan’s conduct.

“I actually think what (sic) his lying and trying to tattle tale is actually worse than actually having an affair,” Ramsey wrote other leaders about Hogan’s relative. “People are stupid.”

Melissa Hogan declined to comment. She did publish a statement on her website in response to the documents.

“There seems to be a pattern of Dave Ramsey believing abusive men with power who benefit him, whether it’s Mark Driscoll, Bill Hybels, or my ex-husband, and depicting women who allege misconduct as crazy and un-Christian,” Melissa Hogan said. “In my opinion, this is consistent with Dave’s own behavior so that does not surprise me. But what grieves me most is that he does it in the name of Jesus Christ.”