(RNS) — Gen Z is the loneliest generation on record, desperate for a space to belong.

This is especially true among youth who identify as Black, Indigenous or a person of color (hereafter BIPOC), according to a new study. As of spring 2022, nearly a quarter of young BIPOC (24%) said they’re “not flourishing” in friendship relationships and relationships with trusted adults (35%), compared with just 18% and 30% of young whites, respectively. While 16% of young whites disagreed “there are people in my life who really care about me,” this increased to 22% for young BIPOC.

The surveys were conducted in 2021 and 2022 and included 3,159 BIPOC young people ages 13-25. Additionally, the study includes 30 in-depth qualitative interviews with self-identified BIPOC in the same age group. Springtide’s overarching mission is to investigate the spiritual beliefs and practices of 13- to 25-year-olds, including their level of engagement (or lack thereof) with religious institutions and faith communities.

Barriers and pathways to belonging in faith communities

Though many young BIPOC identify as religious (76%) or spiritual (78%), even strongly so, we learned that many young BIPOC primarily evaluate belonging in faith communities through a racial/ethnic lens. This is true even of those who are already connected within a faith community, as they discern whether they feel safe navigating questions of adversity there.

We asked participants: “How, if at all, has your racial/ethnic identity shaped your experience with your faith community?” One respondent — May, a 20-year-old who is Black/African American — clearly articulated, “I am the person who can’t leave (race) outside of a space. Being Black shapes the way that I think about things in a lot of ways and what I tend to think about. Religious or spiritual places are no exception.”

When the question was inverted — “How has being part of your faith community shaped how you think about your own racial/ethnic identity?” — May struggled to answer. This, as evidenced by the rest of her interview, was not because of low involvement in her faith community, but because the question of how religion bore upon race was not intuitive for May, along with many other participants. May responded, “Hmm, sorry, I’m just gonna repeat the question. … How’s it shaped? Like when you say, like, how has it shaped my racial identity? What do you mean? Like how I, what does that mean?”

Many young BIPOC in our study, like May, seemed to have an innate appreciation of how their racial/ethnic identity shaped and provided meaning in their lives. This likely explains why young BIPOC, according to our study, are more likely to turn to race-based communities (e.g., cultural, racial or ethnic affinity or neighborhood groups) for support with their mental health before turning to a faith community — especially if faith communities exhibit a lack of understanding of and appreciation for minority faith experiences.

Leading with their racial/ethnic identities, young BIPOC enter faith communities with certain hopes and expectations for how these communities will support congregants of color. “Accessibility is a big thing,” explained Kate, a 21-year-old Japanese-Mexican American. She said that includes “listening, meeting with congregants of color to see what their needs are and holding communal space for them, appreciating different cultures that exist in the church through events, and educating the whole congregation about accessibility when it comes to racial/ethnic identity.” Kate as well as other interviewees told us they can sense when a congregation lacks understanding about the unique experiences of BIPOC, reinforcing the mixed feelings and hesitancy they have about joining a faith community.

Instead of leaning on faith communities, some young BIPOC are electing to engage in private spiritual practices. In Springtide’s 2021 “State of Religion & Young People,” we asked participants what helps them cope during a challenging or difficult time, discovering that young BIPOC are 14% less likely to connect with a faith community than they are to engage in private practices like prayer. This dovetails with our interviews, in which we heard respondents cite private coping practices such as writing, walks in nature and dance — which often had a spiritual component — over traditional religious practices tied to institutions. 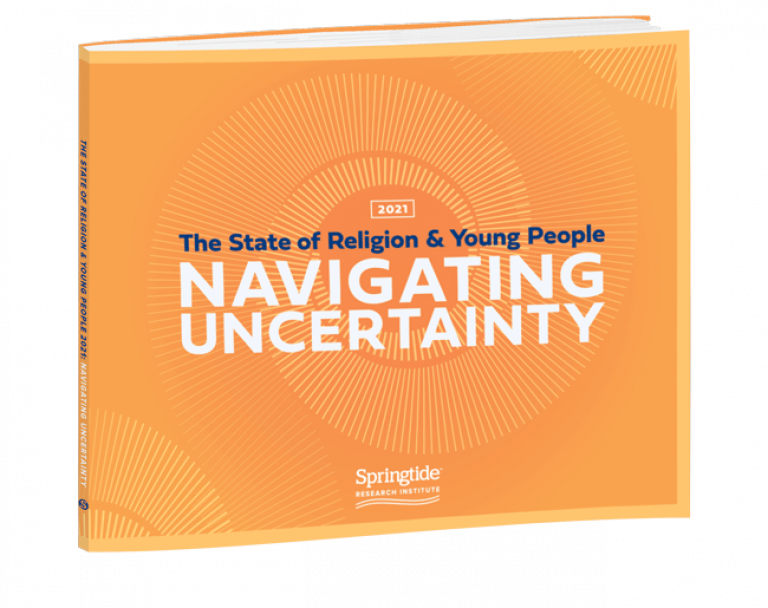 Camren, a 23-year-old Latino, described his private spiritual practices as “​​a decision to open up my computer and just write out my thoughts. After a quarter of the way through the first page, I felt my anxiousness kind of settle down.” To young people, the need to engage in communities of faith may seem less necessary if they are utilizing spirituality to navigate adversity on an individual basis.

Other practices that came up frequently were meditation and breathwork; engaging or creating art through music, dance, poetry; connecting and communicating with ancestors; affirming and celebrating their racial and ethnic identity; and making change through faith-based activism and other forms of civic engagement.

A major step in caring well for young BIPOC is listening well and validating their racial/ethnic identity and experiences, which may include religious trauma.

Hayley, Black/African American and 17, told us: “A lot of Black kids have religious trauma, which is why we don’t step foot in churches anymore. They don’t listen to us. They invalidate our feelings. We don’t feel welcome. God might accept me. But the people who run his house don’t.”

Compare this to Isabella, Hispanic/Latino and 23, who said: “My faith community influences me in a positive way by honoring my culture and my identity. It takes all of the pressure off.”

Part of this pressure, we learned, comes from feeling like the young BIPOC always has to be the one to broach race in the community.

“I don’t want to be that person making it about race or about some sort of social issue. There’s a balance of wanting to push the space to talk about race and social issues more, but not wanting to take on all the responsibility of doing that yourself and of being the one to always start it or turn it to that,” explained Mia, 20 and Black/African American.

Faith leaders should equip themselves to lead the charge on broaching social issues that are of concern to young BIPOC, rather than saddling young BIPOC with this responsibility.

The time is ripe for faith leaders to begin building mentally healthy communities for young BIPOC. After two years of the COVID-19 pandemic, more young people say they now trust places of worship more or completely because of their handling of the pandemic (36%) than trust them less or not at all (20%).

During the upheaval and uncertainty of the pandemic years, young people continued to harness the unique power of faith to help them navigate challenges. A majority of all young people now agree their religious/spiritual life matters for their mental health (66%), while nearly three-quarters (73%) agree, “My religious/spiritual practices positively impact my mental health.”

Faith leaders should harness Gen Z’s growing trust toward religious institutions, as well as their enthusiasm for faith’s healing power, to build cultures where young BIPOC can thrive.

Research in this report reflects questions asked during surveys taken in 2021 and 2022, with a pooled dataset of 3,159 BIPOC youth, aged 13-25, for a margin of error of +/- 3 percentage points. The final two questions in this article had 696 BIPOC respondents. 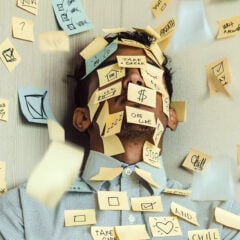