(Interfaith America) — If you watch the credits roll on some recent TV shows, you’ll see one name popping up again and again: Azhar Usman. You can’t help but notice another thing these recent hits for Netflix, Hulu and Disney Plus have in common: They are shifting Hollywood’s narrative about American Muslims.

“Mo” follows a Palestinian American refugee in Houston. “Ms. Marvel” is about a teenage Muslim superhero. “Ramy” is the semi-autobiographical comedy by Ramy Youssef that has won Golden Globe and Peabody awards.

Usman, a lawyer-turned-comedian from Skokie, Illinois, rose to fame two decades ago with the “Allah Made Me Funny” comedy tour before serving as a creative adviser and co-writer on the show “Ramy” and a writer on “Mo,” another Netflix show anchored by Usman’s erstwhile touring partner, Mo Amer.

Usman’s credits rest atop a decades-long commitment to build a more nuanced understanding of Islam and American Muslims for American audiences. Earlier in his career, Usman co-founded a foundation dedicated to Islamic spirituality and scholarship, inspired by the teachings of Umar Abd-Allah.

Usman considers himself a comedian first, but it’s clear that he’s helping shape the view of Muslim spirituality in Hollywood. In a recent conversation with Silma Suba and Monique Parsons of Interfaith America Magazine, it’s also clear he’s only getting started.

The conversation has been edited for length. 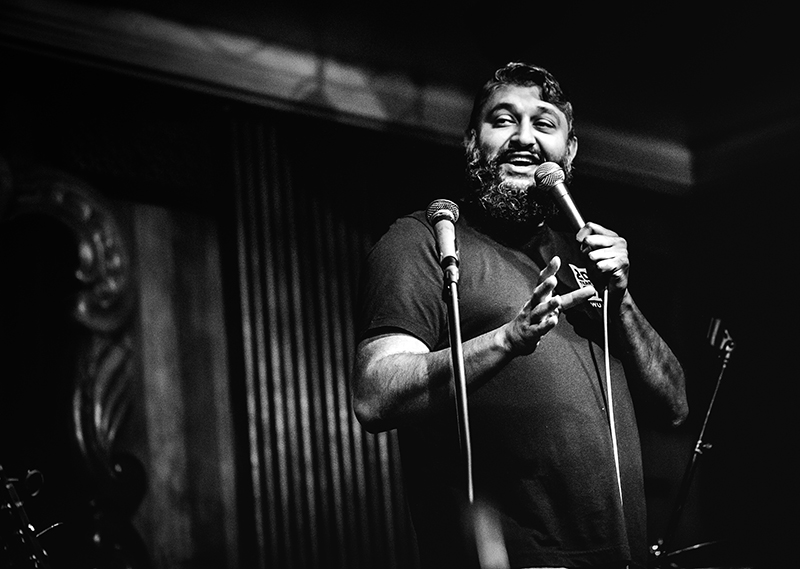 Comedian Azhar Usman performs at The Paper Machete on Sept. 25, 2021, in Chicago. Photo by Sarah Larson

You’ve worked as a creative adviser and writer for “Mo” and “Ramy.” What has the work looked like in developing these shows?

My role on these shows started from having real brotherhood and real friendships with these artists and solo artists. From this community, people start to develop their own specific projects, and then their own specific visions. I just kind of found this lane where they all for some reason wanted to get my take.

Ramy Youssef put it really nicely, he’s like, “You’re the guy who did the homework, you actually went to the class, you read the books, listened to the lectures.” I’ve taken this (spiritual) part of my life very seriously since I was a teenager. I’ve spent thousands of hours at this point just spending time with scholars, asking questions and debating with them and arguing with them. They would give me homework. I’d go and read the book or watch the lecture. I’ve traveled all over the planet trying to sit with these men and women who are the real inheritors of tradition.

They’re not ideologues; they’re not identity politicians. They’re genuine religious believers of all backgrounds — converts, you know, Indians, Pakistanis, Arabs, Africans, South Asians, Southeast Asians, like from everywhere. And that has given me such a global perspective, that I think at this phase in my life I have some life experiences that I feel comfortable speaking about. Not in an authoritarian manner, but certainly in an authoritative manner.

And I love words, and I love language, so a lot of times, even if (my fellow comedians) start with a feeling or a raw idea, I can help find words and help them give words to what it is they’re trying to say.

Are they coming to you to talk about Islam, about comedy, or both? Islam for sure, and then comedic punch. I am a funny comedian, thank God. Then also just this life experience thing. I lived through a 20-year marriage, which unfortunately ended at the end of 2017. I got remarried in 2019. So now I’ve been married for three years in my second marriage. So, these are a lot of hard-fought life lessons. And I made a lot of mistakes, and there’s been a lot of learning vicariously from my terrible decisions.

The room has eight to 10 people on any given day. It’s a unique environment because everybody in the room knows that we’re here to support bringing Ramy’s vision to fruition. And to do that, there’s a tacit agreement that not only is it totally confidential, but also a real safe space where everybody feels like they can share and say anything. Everybody that writes on the show is kind of bringing a type of radical authenticity to the project, and then Ramy is deciding which pieces he wants to use.

How much of the storytelling is grounded in your own truth?

I have talked about making a lot of bad decisions in my life and a lot of regrets that I have, and things I wish I could’ve and should’ve done differently. Some of those find their way into Ramy’s character and into the show. It’s not tied to a specific fact pattern, but the emotional truth is there.

Both “Mo” and “Ramy” weave religious literacy about Islam into the storytelling. What has it been like to bring that side of Islam to the mass audience?

Frightening. It’s been very frightening. Because, fundamentally, I reject the premise that an intelligent person should go to a fictionalized television show, on a network like Hulu or Netflix, to get religious literacy. My God. That whole idea is so frightening to me because, honestly, that’s not even my intention.

The way I Iook at it is, there’s a lot of bad information about Islam out there. There’s a lot of content that is highly objectionable from any religious value standpoint. I’m just interested in helping to offer better information, maybe not perfect, but at least better alternatives. 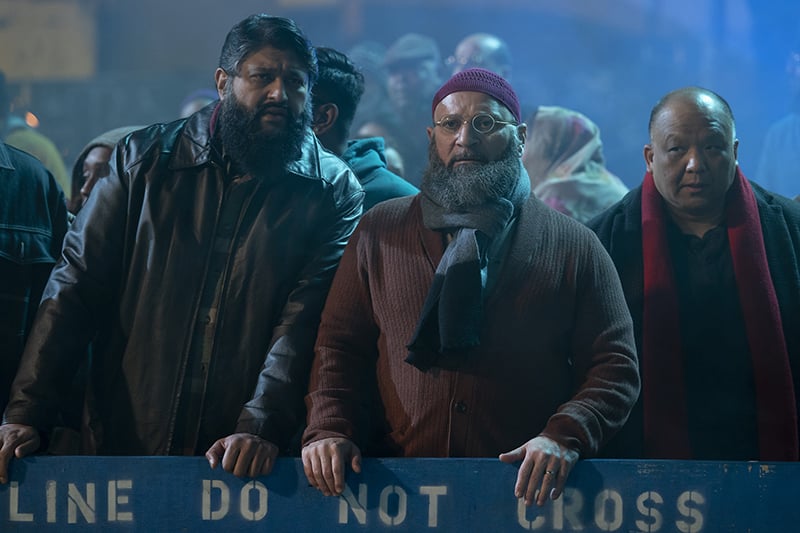 There’s a statement of the Prophet Muhammad, peace be upon him, that scares me very much. He said to his companions that the thing he feared most for his community, especially toward the end of time, was a hypocrite with an eloquent tongue. If I’ve learned anything from the spiritual teachers that I spend a lot of time with, it is to beware of the makers of claims. I try to be careful in making claims, and even that is a claim. It’s like staying in my lane. I’m a comedian.

What’s your favorite scene or episode in the shows you’ve worked on?

There’s a scene in season two of “Ramy,” where Ramy’s family hosts the woman that will go on to become his wife, Zainab, and her father, Sheikh Ali. Making sure to address the Arab racism against Black people was very important (in that) scene. This very nuanced dialogue is a devastating criticism of identarian Muslims who talk a lot about Islam, but then go and set up a liquor store in the middle of the hood, which is devastating the Black community, and don’t even connect that hypocrisy. So, putting that under the microscope, calling attention to that, that was important.

The episode also focused on the father-son dynamic. As a father to my four sons, a lot of emotional material was mined and found its way into that episode. I got so many messages from people saying that they cried at the end because of the father-son moments.

What does interfaith work look like in your life?

The biggest takeaway that I’ve learned from the Sufi teachers I spend time with is that everyone always asks: What’s the purpose of life? And the shortest, simplest answer I’ve found that has been the most convincing and has put my heart at ease is that the purpose of life is love and service.