As proof, she cites voter outreach efforts in Southeast Michigan that in 2021 helped elect the city of Dearborn’s first Arab American mayor, Abdullah Hammoud, as well as four other council members that Emgage’s Michigan chapter endorsed. Newly elected Councilman Mustapha Hammoud, in turn, introduced a resolution this year that made it possible for the city of Dearborn to provide ballots and election instructions in Arabic. The city of Hamtramck followed.

“The local work is allowing us to expand voting rights so more people can vote for our candidates,” said Al-Hanooti, executive director of Emgage’s Michigan chapter, an organization that educates and mobilizes Muslim American voters. “It’s so important to realize how the local level, the federal level — they all go hand in hand. They’re all extremely important to the enfranchisement and the empowerment of our Muslim and BIPOC communities,” Al-Hanooti added.

As the 2022 midterms approach, organizations like the Georgia Muslim Voter Project, Latino & Muslim Unity in Southern California, Emgage and the Council on American-Islamic Relations have been reaching Muslim American voters by hosting candidate forums at mosques, knocking on household doors and holding community events to encourage early voting and voting on Election Day.

Mohammed Missouri, the executive director of Jetpac, a nonprofit that works to increase Muslim representation in U.S. government and politics, said, “The Muslim community is recognizing more and more that, at the local level, you have a massive impact on your community.

“You’re seeing people run for those reasons, and it’s not so much just a reaction to self-preservation or protecting the community from a civil rights assault. It’s more so, ‘How can we improve our communities? How can we make sure that the status quo that isn’t working for anyone, how can we improve that?'” Missouri said.

“The way you expand the electorate sometimes is by having someone on a local level being really engaged and getting out new voters,” he added. 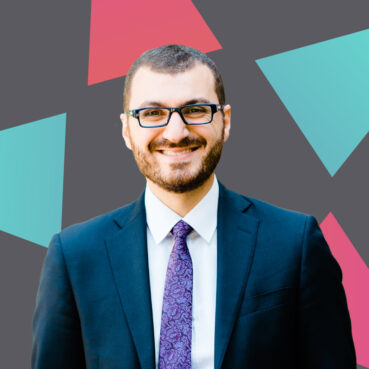 Another 14 Muslims, who are Democrats, could become state legislators in the midterms, with historic candidates looking to prevail in California, Georgia, Maine, Minnesota, Illinois, Ohio and Texas, according to Jetpac.

Additionally, Dr. Mehmet Oz,  a Republican, could make history as the first elected Muslim to serve in the U.S. Senate.

Missouri said Muslim Americans have taken note of Reps. Ilhan Omar and Rashida Tlaib, both Democrats, and realized they “didn’t come out of nowhere.”

In Southern California, the nonprofit Latino & Muslim Unity held a “Taco Trucks at Every Mosque” gathering in late October at the West Coast Islamic Center in Anaheim to encourage Orange County residents to vote early.

Rida Hamida, executive director and founder of the group, said the event helped ensure that 500 people would vote early for the midterms. They informed voters of their nearest polling place and made sure their ballots were properly filled out and signed.

Hamida is also advocating for more mosques in the area to serve as polling places. She’s working with the county registrar of voters to see if there is funding to staff mosques to handle early voting and make it more accessible in 2024.

To Hamida, it’s important to recognize that “we are a voting bloc, not just as a faith but as different ethnicities and different races.” 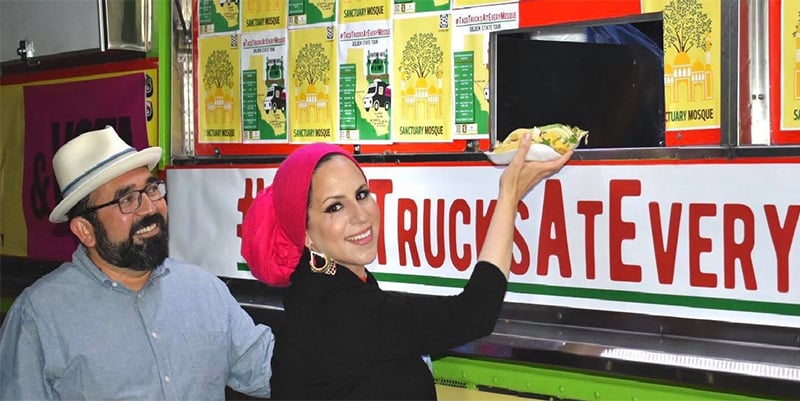 The weekend before the midterms, CAIR is sponsoring a robocall broadcast targeting more than 200,000 Muslim households with landlines and working with its national network of state chapters to host texting banks reaching out to more than 600,000 registered Muslim voters’ personal cellphones.

The organization also released a congressional scorecard reflecting how elected representatives and senators in U.S. Congress — who are up for reelection in the midterms — voted on bills it has advocated for in the past two years.

That includes the George Floyd Justice in Policing Act, a bill that Congress failed to pass and that would have banned chokeholds and qualified immunity for law enforcement, as well as the Combating International Islamophobia Act, which would establish a special office within the State Department to combat Islamophobia.

Most Republicans were rated negatively in the way they voted on legislation identified by CAIR.

As a nonpartisan organization, CAIR cannot support a specific candidate or party, instead it encourages American Muslims to participate in national and state elections through its voter registration and get-out-the-vote drives. It also organizes candidate forums.

Robert McCaw, director of CAIR’s government affairs department, said he was aware of at least half a dozen candidate forums that were organized by CAIR chapters across the country.

“Candidates are courting Muslim voters where they worship, and Muslim religious centers are encouraging Muslims to get out to vote,” McCaw said. “The Muslim community is positioned not to swing an election, but to tip it in the favor of one candidate over another.”

On Tuesday night, CAIR will conduct an exit poll of Muslim voters that will be posted on Thursday (Nov. 10) on its election resource website Muslims Vote.

News
‘After School Satan Club’ at California elementary school stirs controversy
Follow us on Facebook!
Submit your photos to RNS