But recent revelations of sexual misconduct by a cardinal and a bishop on Moulins-Beaufort’s watch show how complicated, time-consuming and personal stamping out abuse can be.

These new cases, which come a year after a report that estimated that France had seen 330,000 ordained and lay abusers since 1950, have tangled Moulins-Beaufort in a web, caught between falling public confidence in the bishops’ ability to solve the problem — which only increases the pressure to act — and a pope who firmly condemns clerical sexual abuse but offers only vague guidance when faced with concrete cases.

The revelations last week, both involving popular and well-respected clerics, were bigger than any cases to date.

Bishop Michel Santier of Créteil, an eastern suburb of Paris, had a reputation as a prelate open to other faiths and to people sidelined in the church. In 2020, he took early retirement, citing health reasons, but it turned out he had admitted to Pope Francis in 2019 that he had made at least two young men do a striptease as part of a confession. Only after Santier later repeated his admission to his successor did the Vatican impose canonical restrictions on him.

The story finally came out in a Catholic magazine in October, forcing Moulins-Beaufort to acknowledge that he also knew the facts but could not publicize them because the Vatican hadn’t.

Three weeks later, Moulins-Beaufort read out a letter from Cardinal Jean-Pierre Ricard, who was twice elected head of the French bishops’ conference in the 2000s, confessed that he had “acted in a reprehensible way with a 14-year-old girl” 35 years ago. When Moulins-Beaufort unveiled the Ricard scandal, it came to light that several church leaders had been informed but had taken months to inform French law enforcement or the Vatican. Bishop Dominique Blanchet, who took over from Santier, later described how he tried to keep a distance from his popular predecessor without divulging the reason. “I was in an untenable position,” he said.

French Catholic leaders initially played down clerical abuse when news of U.S. cases made headlines in The Boston Globe two decades ago, but the issue has now gone far beyond the “few bad apples” stage.

“Neither ordination nor honors protect someone from making mistakes, including some legally serious ones,” a worn-down Moulins-Beaufort said at the end of the French bishops’ Nov. 3-8 plenary session in Lourdes. “Every person can be haunted by troubled forces that he does not always manage to control.”

Yet Santier’s and Ricard’s cases show that the problem is as much one of transparency as of troubled priests. “Your trust has been betrayed. You feel anger, sadness, amazement. These feelings are legitimate,” Rennes Archbishop Pierre d’Ornellas told parishioners in the Breton town of Montfort-sur-Meu.

D’Ornellas chose that parish because its pastor had just been jailed in Paris for yet another sexual abuse case. The Rev. Yannick Poligné, who is HIV-positive, was charged with aggravated rape, drug use and endangering the life of a 15-year-old male he met through the gay app Grindr. 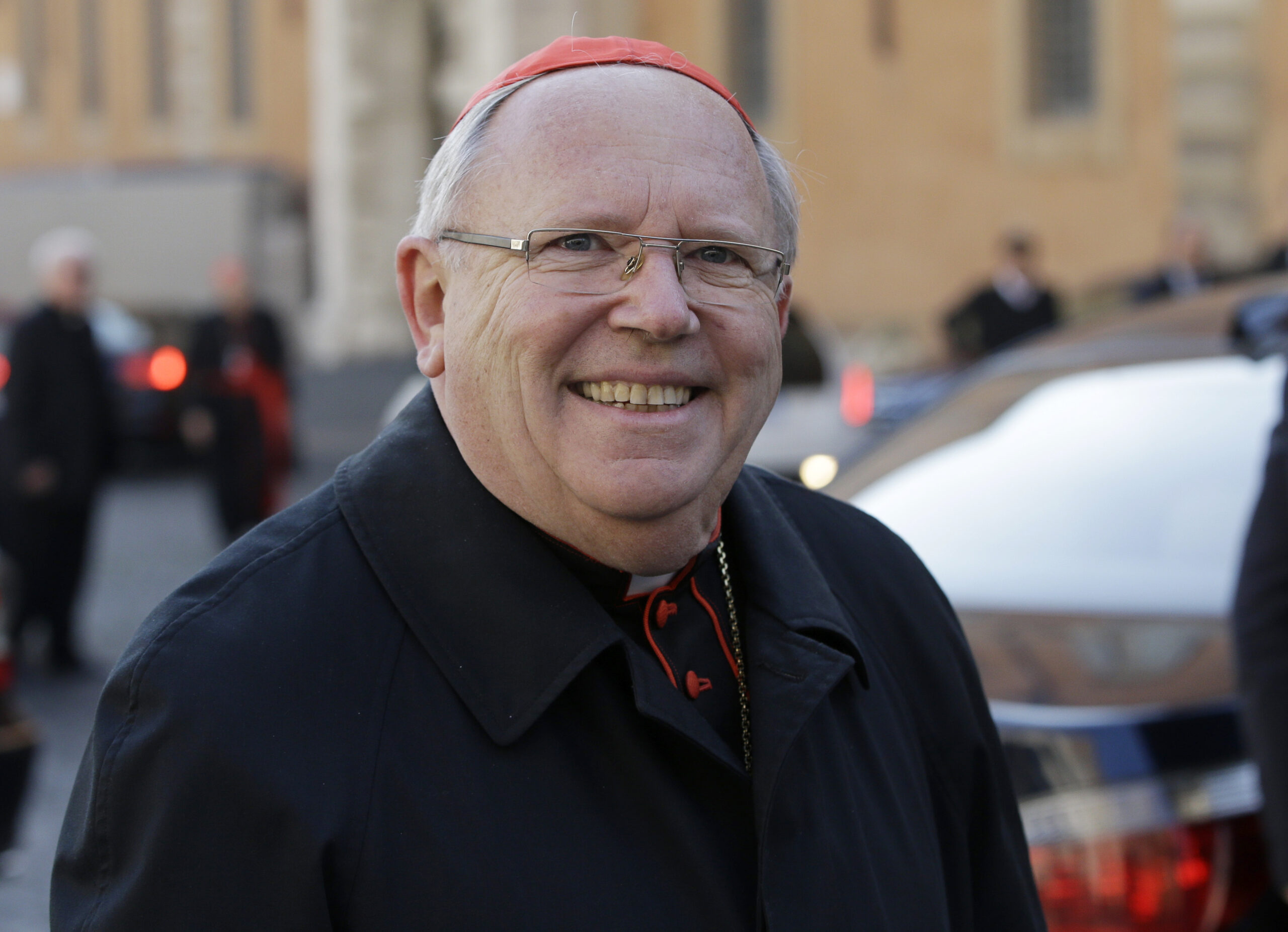 Cardinal Jean-Pierre Ricard, of France, arrives for a meeting at the Vatican, March 4, 2013. The prosecutor’s office in Marseille has opened a preliminary investigation of “aggravated sexual assault” against Ricard, one of France’s highest-ranking prelates of the Catholic Church. The investigation was opened Nov. 8, 2022, after a letter from an adviser of the current bishop of Nice. (AP Photo/Andrew Medichini, File)

At the news conference unveiling the Ricard scandal, Moulins-Beaufort said the total of French bishops involved in sexual abuse cases was now 11. But he mixed up the cases — for example, including those charged with nondenunciation of an abusive priest with prelates who actually abused victims — and thus created further distrust of the bishops in general.

Three bishops were not named, meaning more revelations may come soon. A church spokesman would only say that two were being investigated by French authorities and the Vatican, while the third had been reported to the French and restricted by the Vatican in his ministry.

The Rev. Hans Zollner, a Catholic expert on sexual abuse based in Rome, said: “The French bishops’ conference should communicate names, if this is legally possible. Without this, there is a risk of bringing widespread suspicion to bear on everyone. … This is a rule of communication that we have not yet learned.”

“How can we still believe that the church will get out of this, that it has the means to reform itself, when it is so deeply affected itself?” asked Isabelle de Gaulmyn, an editor and former Vatican correspondent for the Catholic daily newspaper La Croix.

“What do we see on the part of this ‘elite,’ supposedly chosen carefully by the pope and his advisers? Perversion for some — serious, profound and criminal perversion. And for the others, an incomprehensible laxity that leads to immense helplessness.”