(RNS) — The streets of Crown Heights, the dense Brooklyn neighborhood best known as the headquarters of the Chabad-Lubavitch movement, will be even more crowded over the next few days as 6,000 of the group’s “shluchim,” or emissaries, descend on the enclave.

The Kinus HaShluchim is an annual reunion, bringing together Chabad rabbis and laypeople from all over the world for what may be the largest Jewish gathering of its kind outside of Israel.

The five-day event, Wednesday (Nov. 16) through Monday, includes workshops on how its shluchim, who function much like missionaries to the Jewish people, can be more useful — whether on college campuses, in day schools, teaching adult education or in other forms of outreach.

All those sessions will be at or near 770 Eastern Parkway, the Gothic-style building where its late rabbi, Menachem Mendel Schneerson, had his office. A New Jersey gala banquet is also planned, as is a visit to Schneerson’s grave in Queens. Rather than using hotels, the vast majority of the conference participants are staying as guests in the homes of Chabad members, mostly in Crown Heights.

“The shluchim work hard in their community,” said Rabbi Shneur Nejar, a coordinator of the conference. “This is the time when they get together to recharge their batteries and be able to go back to their communities and feel refreshed.” 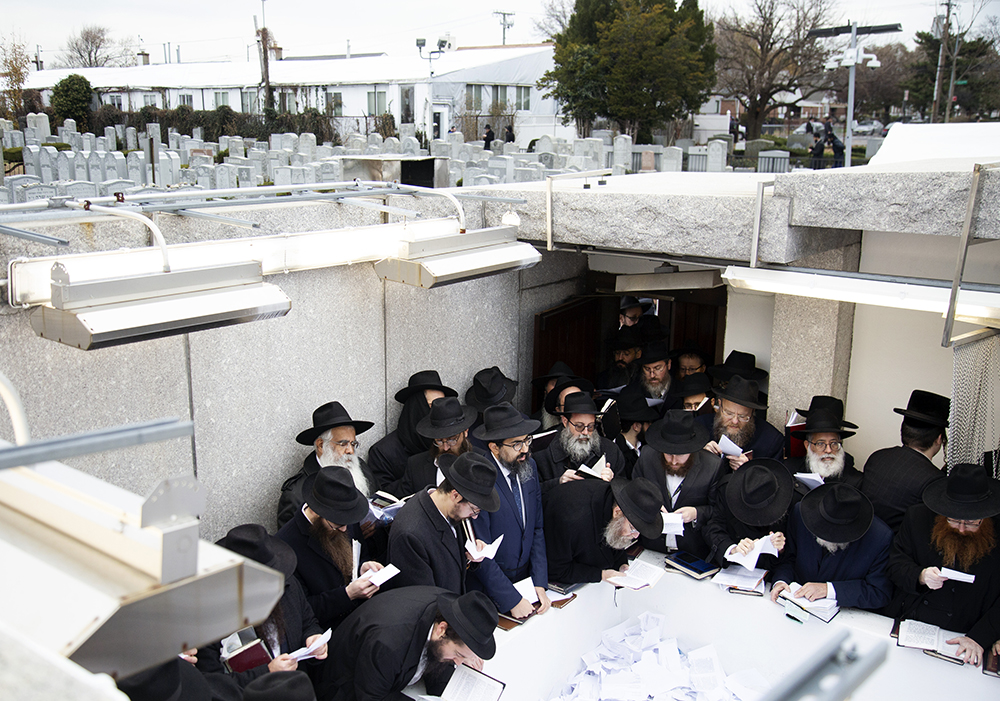 Chabad is part of the Hasidic movement in Judaism founded in the 18th century that stresses the importance of devotion in prayer and serving God in ecstasy amid day-to-day life. It has expanded rapidly across the globe and claims to open a new center every three days. It now has approximately 3,500 centers in more than 100 countries.

At a time when many religious denominations are shrinking, Chabad appears to be growing. This past year, it sent out 120 new emissaries to places such as the island of Crete, the Bahamas, Costa Rica, Austria and the African nation of Zambia.

The success of Chabad is all the more remarkable because so few American Jews claim it, yet so many participate in it. Self-identifying members of Chabad are usually lumped in with the 9% of American Jews who are considered Orthodox. But about 38% of American Jews say they often, sometimes or rarely participate in Chabad’s programming, according to Pew Research. That may be college students attending a Chabad Friday night dinners, people dropping in on a Saturday synagogue service or travelers calling a Chabad rabbi for help in a crisis. Most American Jews identify as Reform (37%), Conservative (17%) or unaffiliated (31%), a recent poll found.

Chabad is always looking to broaden participation in Jewish life. This past year, it announced a goal to open 120 new mikvahs or ritual baths, used mostly but not exclusively by women. This week it is also announcing a $2.5 million grant to establish seven additional sleep-away camps.

This Sunday’s banquet at the New Jersey Convention and Exposition Center will celebrate the completion ceremony for 36 handwritten Torah scrolls, which will be headed to 36 Chabad centers around the world.

Planning for the conference, including a sit-down meal for 6,000, is a logistics feat.

“From the moment the conference ends we begin planning and preparing for the next one,” said Rabbi Moshe Kotlarsky, vice chairman of Merkos L’Inyonei Chinuch, the educational arm of the Chabad-Lubavitch movement.

And then, of course, there’s the mass photo of thousands of rabbis, a tradition that fell to the wayside during the past three years due to COVID-19. This year the panoramic photo shoot of men dressed in black and wearing their signature black hats will take place on the street outside the Chabad headquarters Sunday morning.