(RNS) — Many reasons have been suggested as to why highly religious Americans are less likely to be worried about climate change or work to try to stem it. But in the end, a new Pew Research survey concludes, it’s all about politics.

“The main driver of U.S. public opinion about the climate is political party, not religion,” the survey of 10,156 Americans concludes.

Republicans are far less likely than Democrats to believe human activity is causing global warming or to consider climate change a serious problem. The same is true for the religious among them: Religious people who identify or lean Republican are less inclined to be concerned about global warming than people of the same religion who identify or lean to the Democratic Party.

The survey shows the same consistent pattern, if not quite as extreme, among other religious groups, including mainline Protestants, Catholics and even the religiously unaffiliated. In every group, the Democrats among them are significantly more likely to be concerned about climate change. The same is true when asked about the cause of climate change: Democrats in each group are much more likely than Republicans to lay the blame on human activity, regardless of religion.

These massive gaps in views among people claiming the same religion points to political partisanship as the crucial factor driving these opinions. 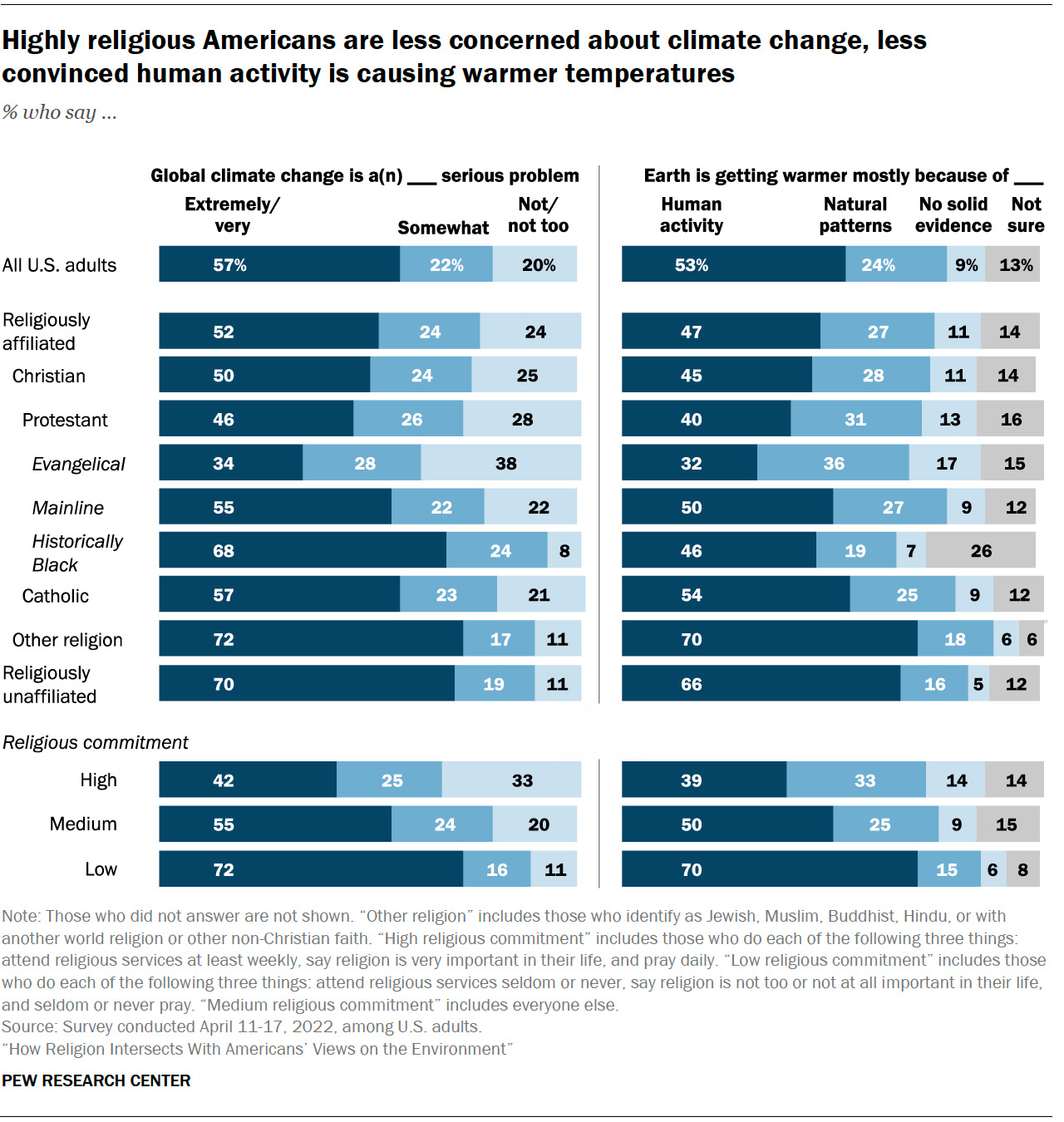 Other theories for why highly religious Americans are less concerned about the environment — there are much bigger problems in the world today; God is in control of the climate; the end times are near, why worry? — were not as salient.

The survey found only a modest relationship between end-times beliefs and concerns about climate change. Those who say the “end times” are coming soon are less likely to think climate change is an extremely or very serious problem compared with those who do not believe the end times are near (51% vs. 62%) .

Overall, 57% of Americans believe climate change is an “extremely or very” serious problem.

The survey also found that climate change is not a topic discussed much in religious congregations. Only 8% said they heard a great deal about it in sermons; 70% say they hear little or nothing about it. 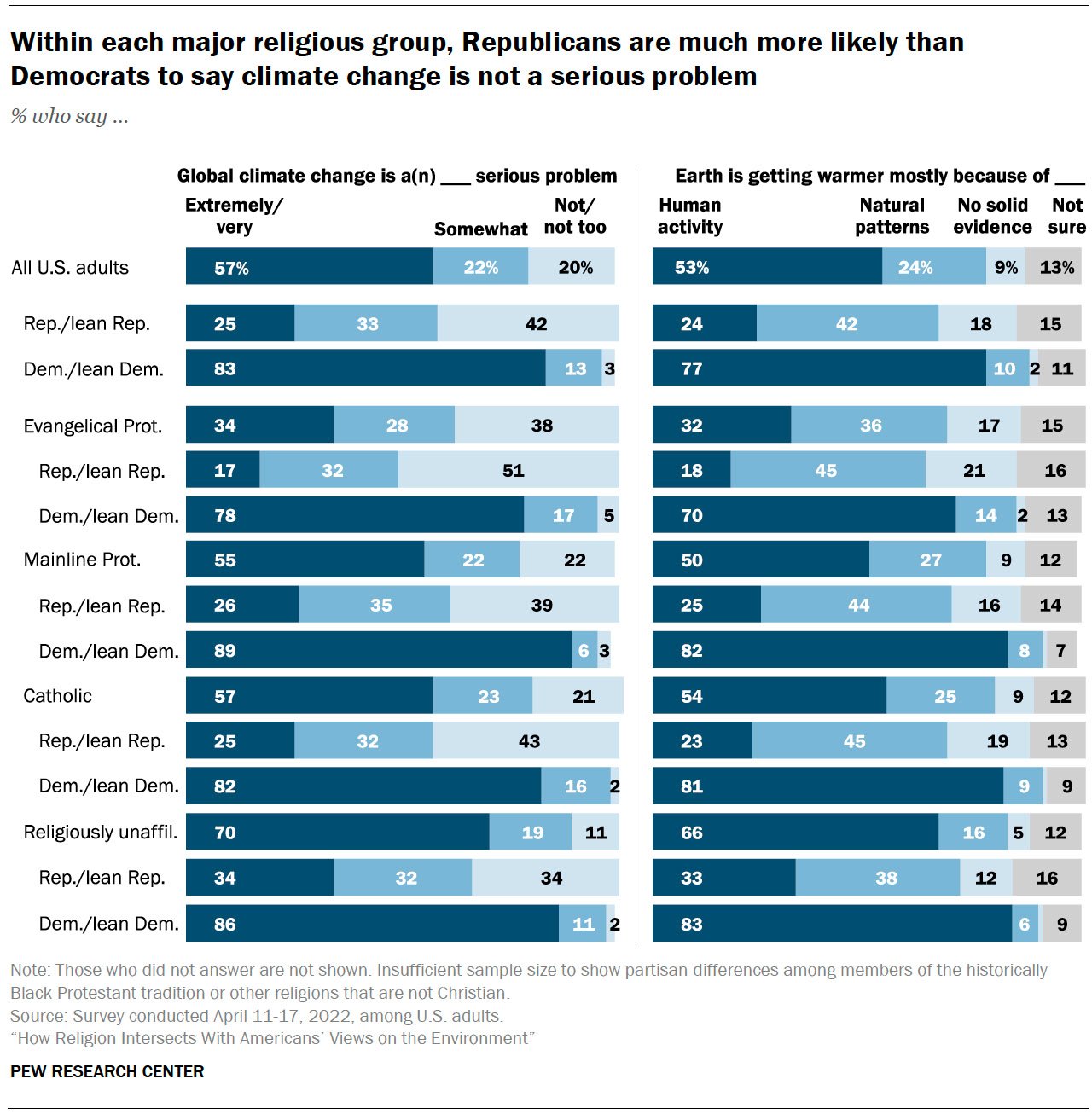 “Within each major religious group, Republicans are much more likely than Democrats to say climate change is not a serious problem” Graphic courtesy of Pew Research Center

And, the survey found, religiously affiliated Americans are less likely to be civically engaged in combating climate change — donating money to environmental groups, volunteering with such groups or attending protests.

The margin of error for the survey was plus or minus 1.6 percentage points.

RELATED: Poll: Nearly half of Americans think the US should be a Christian nation