They’re all the same.

“For Robin, it’s comfort food,” said Oliveto, who is bishop of the Mountain Sky Area of the United Methodist Church. “For me, it’s oatmeal.”

For Ridenour, Hallmark and Hallmark-style holiday movies are more comparable to the cookies she often bakes as the movies stream in the background in the couple’s kitchen in Colorado.

“They’re predictable. They’re stable. They’re fun,” said Ridenour, who says their predictability means she can easily pick up the plot again when her attention has been elsewhere.

And Hallmark hasn’t just fixed the formula for its own movies; it has rebranded Christmas movies.

“There’s now a formula for Christmas romantic comedy: things like mistletoe, snowball fights, falling in love at a Christmas festival.” Yuen said she thinks the merger of Christmas movies and romantic comedies has ramped up in recent years — along with the rest of the “Christmas industrial complex” — as many movies have made a shift from the big screen to streaming networks.

These newer movies are more “individualistic,” she said, moving away from the communal feel of older films and TV specials such as “A Christmas Story” and “How the Grinch Stole Christmas!”

They remain G- or PG-rated, she said, and the main characters and supporting cast members are still predominantly white — something Yuen is discussing with Jemar Tisby, author of “The Color of Compromise: The Truth About the American Church’s Complicity in Racism,” in a just-launched series called “I’m Dreaming of a Not White Christmas” on the InterVarsity Press podcast “The Disrupters.”

Hollywood, she said, continues to focus on what it considers a “middle American TV audience” even as more than 40% of the nation’s population has identified as other than non-Hispanic white.

“This reduction of Christmas to whiteness, to straight families, to conservative values — that’s still the heart of the cultural milieu and the institutionalized idea in Hollywood that that is what the core audience is,” said Yuen, a nondenominational Christian who is a diversity, equity and inclusion consultant.

“And I think that’s keeping them from being able to kind of diversify more.”

This year, the 31 films in Hallmark’s Countdown to Christmas lineup include “A Big Fat Family Christmas,” which highlights Asian American characters, and “The Holiday Sitter,” the channel’s first Christmas romance about a gay couple. (Its 2020 film “The Christmas House” included a gay couple as supporting characters.) Actors Jonathan Bennett, from left, George Krissa and Mila Morgan in “The Holiday Sitter” on Hallmark. Photo courtesy of Hallmark

Other channels and streaming services are premiering holiday originals, too, hoping to capture the magic of the Christmas rom-com for their audiences.

Among them, BET+ has 10; Discovery+, four; OWN, two. HBO Max has three, including “A Hollywood Christmas,” which features a multicultural cast led by Jessika Van, portraying a director of — fittingly — a Christmas movie.

For the second Christmas season in a row, gospel artist Kirk Franklin is out with a holiday-themed flick, “Kirk Franklin’s The Night Before Christmas” on Lifetime (which is giving Hallmark a run for its money with 26 new holiday movies). Tucked into the familiar conflicts and the required love interest is a reference to abolitionist Sojourner Truth, an image of a Black Santa and an angel of color that tops a Christmas tree. 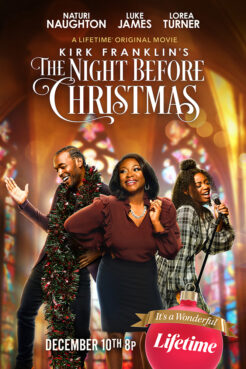 Poster for “Kirk Franklin’s The Night Before Christmas” on Lifetime. Image courtesy of Lifetime

Meanwhile, Christian streaming platform Pure Flix and the Great American Family channel are putting the “Christ” in the Christmas rom-com with a flurry of new films. (Hallmark, too, has roots as a religious network, according to Vox.)

Touting itself as “America’s new home for the holidays,” Great American Family launched its Great American Christmas back in October, airing Christmas movies around the clock through the end of the year.

Earlier this year, the channel staged something of a coup when it lured away from Hallmark the child star-turned-“Queen of Christmas” Candace Cameron Bure. Bure, an evangelical Christian with her own collection of branded Bibles, devotionals and inspirational gifts, had headlined many of Hallmark’s most popular holiday movies.

Her first offering for the Great American Family channel is “A Christmas … Present,” about a busy mom who reconnects with her family and faith while spending the season with her recently widowed, church-going brother.

Bure, who also has an executive role at Great American Family, explained the move to The Wall Street Journal, saying she wanted to “tell stories that have more meaning and purpose and depth behind them.”

“I knew that the people behind Great American Family were Christians that love the Lord and wanted to promote faith programming and good family entertainment,” she said.

RELATED: RNS holiday gift guide 2022: Ideas for the kids, adults and Pastafarians on your list 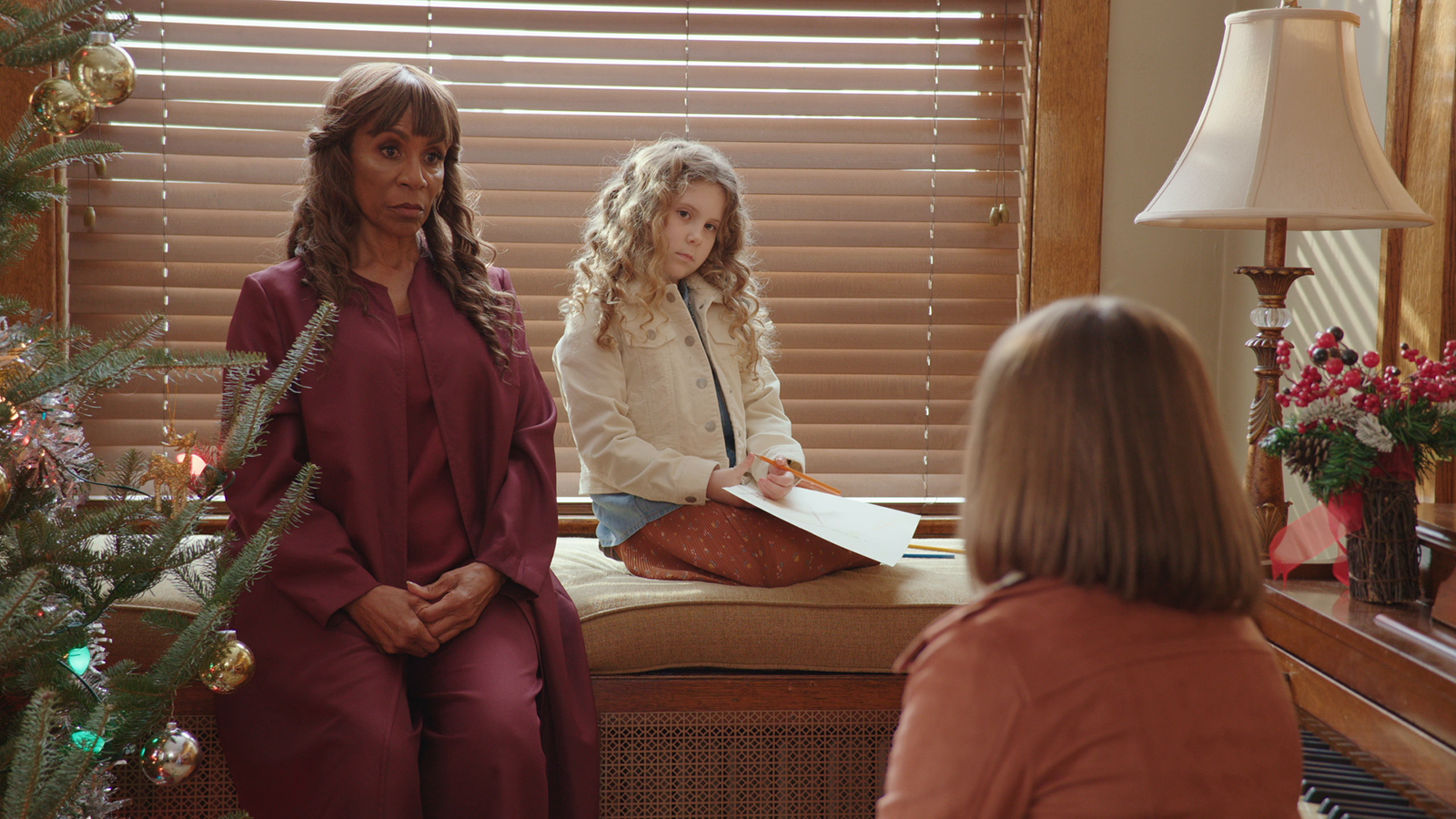 Pure Flix CEO Michael Scott told Religion News Service that “faith-forward” content is important to the company’s audiences, and something they can’t find everywhere. It’s important because for Christians, he said, “the reason for the season ultimately is Jesus.”

Scott said Pure Flix’s Christmas slate will include rom-coms as well — watching two characters find love is inspirational, he noted, especially when the holidays can be a lonely time for so many people.

Actor Robert Amaya, who plays the title role in the new Pure Flix movie “An Unlikely Angel,” agreed. “In the end, we want to be loved,” he said. 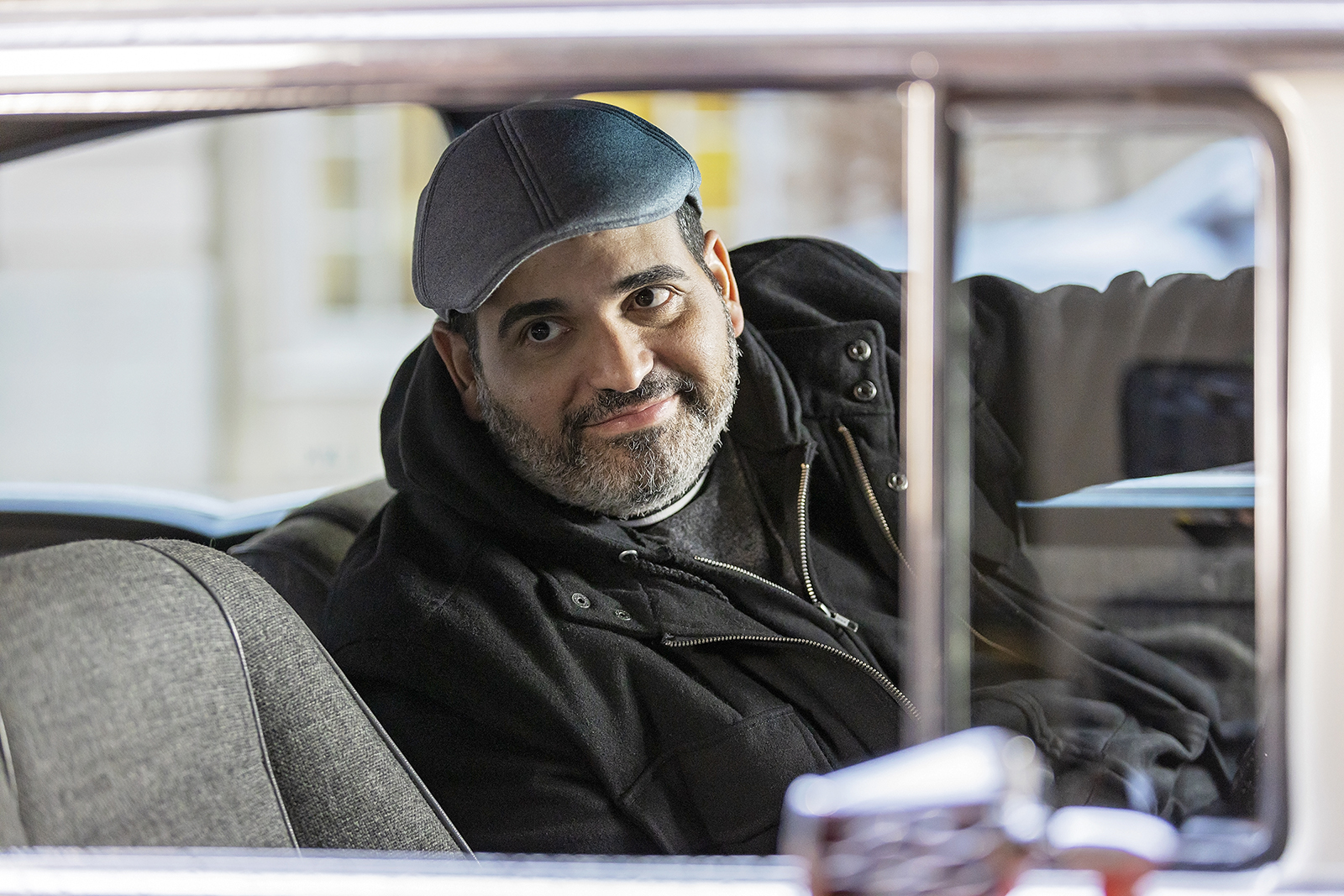 Amaya said he’s excited to see faith-based films exploring the Christmas rom-com genre. “It’s a reflection of reality. I think that God can be honored in those moments,” he said.

He wouldn’t say Pure Flix is coming for Hallmark, though.

“We’re just coming to bring truth in that same setting,” he said.

And movies are such a big part of holiday traditions for so many people, Amaya said. His own favorites include “Miracle on 34th Street,” modern additions like “The Santa Clause” series and classic Claymation Christmas specials like “Rudolph the Red-Nosed Reindeer.” 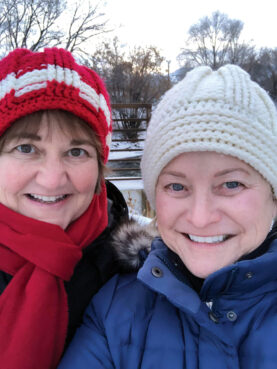 Ridenour and Oliveto will watch “Elf,” “The Family Stone” and “Happiest Season” this holiday season.

Ridenour said she had turned off the rom-coms for a while when the lack of diversity of any kind became glaring (though she pointed out they’ve always had strong women as their main characters, “believe it or not”). She had to take a stand: “No more Hallmark until you change.”

“And they did, and now you’re back,” Oliveto said.

The couple hadn’t started watching holiday movies yet when they spoke to RNS before Thanksgiving, but Oliveto already was listening to Christmas music. And, she said, she’d noticed some people already had started to decorate.

People are in need of joy and comfort after so much trauma, she said.

“And I think that’s one of the reasons that Hallmark is so strong,” Ridenour added. “It’s because these movies offer stability and predictability in unstable and unpredictable times.”

Editor’s note: The spelling of the name of the podcast “The Disrupters” has been corrected.