VATICAN CITY (RNS) — Approaching his 10th year as pontiff, Pope Francis took time to address his legacy in two interviews recently, talking to Italian and Spanish reporters about what would happen if he were to fall ill and the role of retired popes.

The pope, who turned 86 on Saturday (Dec. 17), said he “didn’t change a thing” about how the role of the pope emeritus is defined. In 2013, Francis’ predecessor, Pope Benedict XVI, became the first pope to resign in 600 years, forcing the church to invent the position of pope emeritus for the modern age.

As he has throughout his papacy, Francis emphasized his work on promoting the role of laity, especially women, and cleaning up the institution’s notoriously corrupt finances.

“There is nothing to prevent a woman from guiding a dicastery in which a layman can be a prefect,” the pope said, adding that there might be a woman heading a Vatican department in the next two years.

RELATED: The synod, the pope and the ordination of women

Francis said in the interview, published Sunday in the Spanish newspaper ABC, that he often visits his retired predecessor, who lives in a monastery at the Vatican, and that he finds him in “good spirits” and “lucid” and praised him as “one of the greats” and “a saint.”

In an interview aired the same day with the Italian TV channel Canale 5, Francis said cardinals who elected him at the 2013 conclave viewed Vatican financial reform as the key issue facing the next pope. “The cardinals who were there helped me a lot in making these changes,” he said, adding that now “that aspect is strong.” 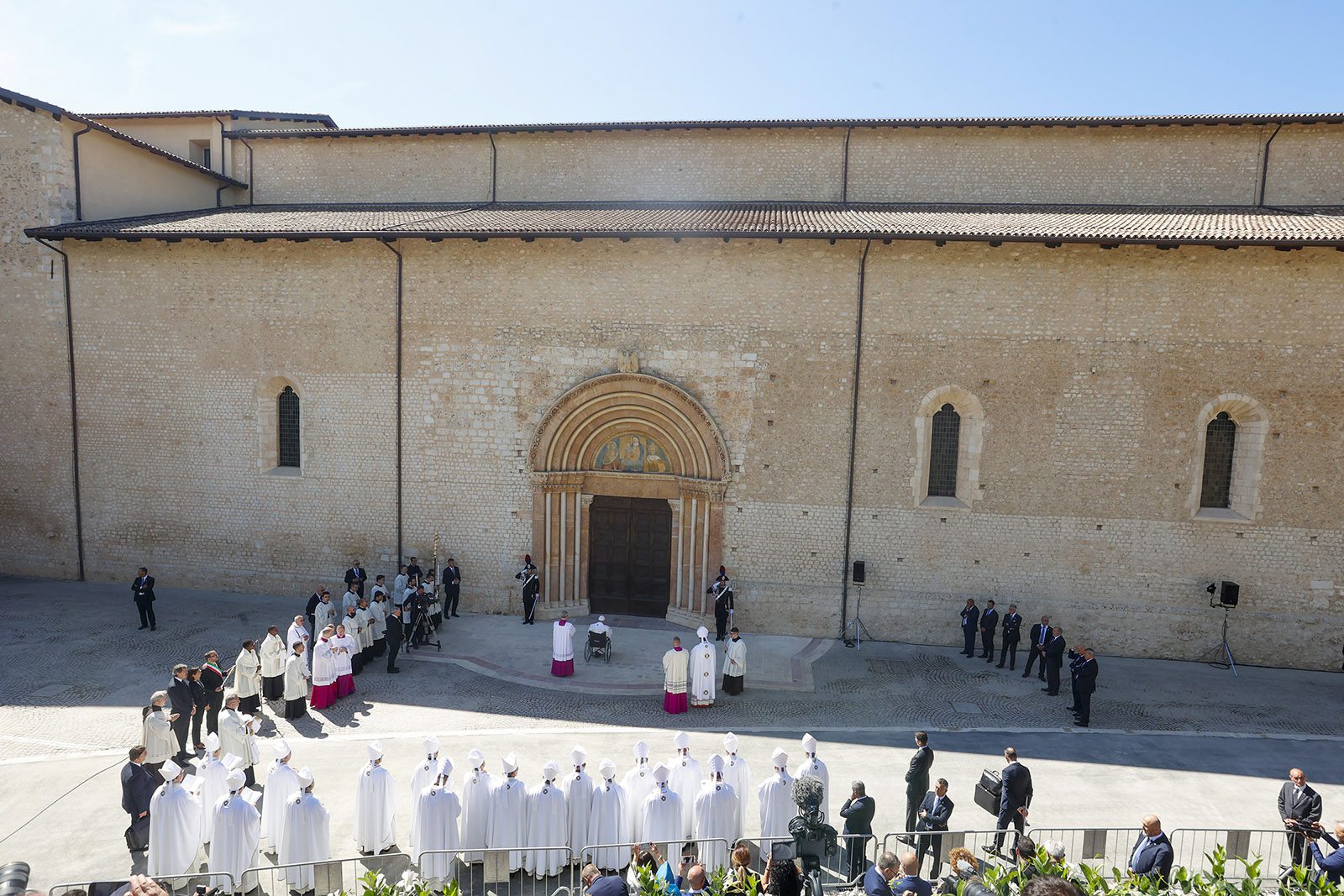 Pope Francis arrives to open the Holy Door of St. Mary in Collemaggio Basilica and start the jubilee of forgiveness, in L’Aquila, central Italy, Sunday, Aug. 28, 2022. Pope Francis will be the first pope since Celestine V to open this Holy Door, the first in history, established with the Bull of Forgiveness of 29 September 1294 by Pope Celestine V. (AP Photo/Riccardo De Luca)

Francis has said in past interviews that he is open to resigning himself, and in this weekend’s interview with ABC, he confirmed that there is already a plan should he fall victim to an illness or accident that impeded his ability to carry out his duties.

“I have already signed my renunciation,” said the pope, and that document is now in the hands of Vatican Secretary of State Cardinal Pietro Parolin.

Francis said that Popes Pius XVII and Paul VI had informally established the practice of signing a provisional renunciation of the office in case of an extraordinary event.

Reflecting on his legacy after a decade at the head of the Catholic Church, Francis said he was most proud of his apostolic exhortation “Evangelii Gaudium” (The Joy of the Gospel), the first major teaching he issued after becoming pope, laying out his vision for the church.

Francis said that the document “came from the heart” and was heavily inspired by Pope Paul VI’s 1975 “Evangelii Nuntiandi” (Proclaiming the Gospel) and the Aparecida document that resulted from the 2007 conference of Latin American bishops.

The pope pointed also to the Synod on Synodality as a transformative change he will be known for. The worldwide consultation open to all Catholics to discuss and address the challenges facing the church began in 2021 and is scheduled to end in two bishops’ summits at the Vatican in 2023 and 2024. 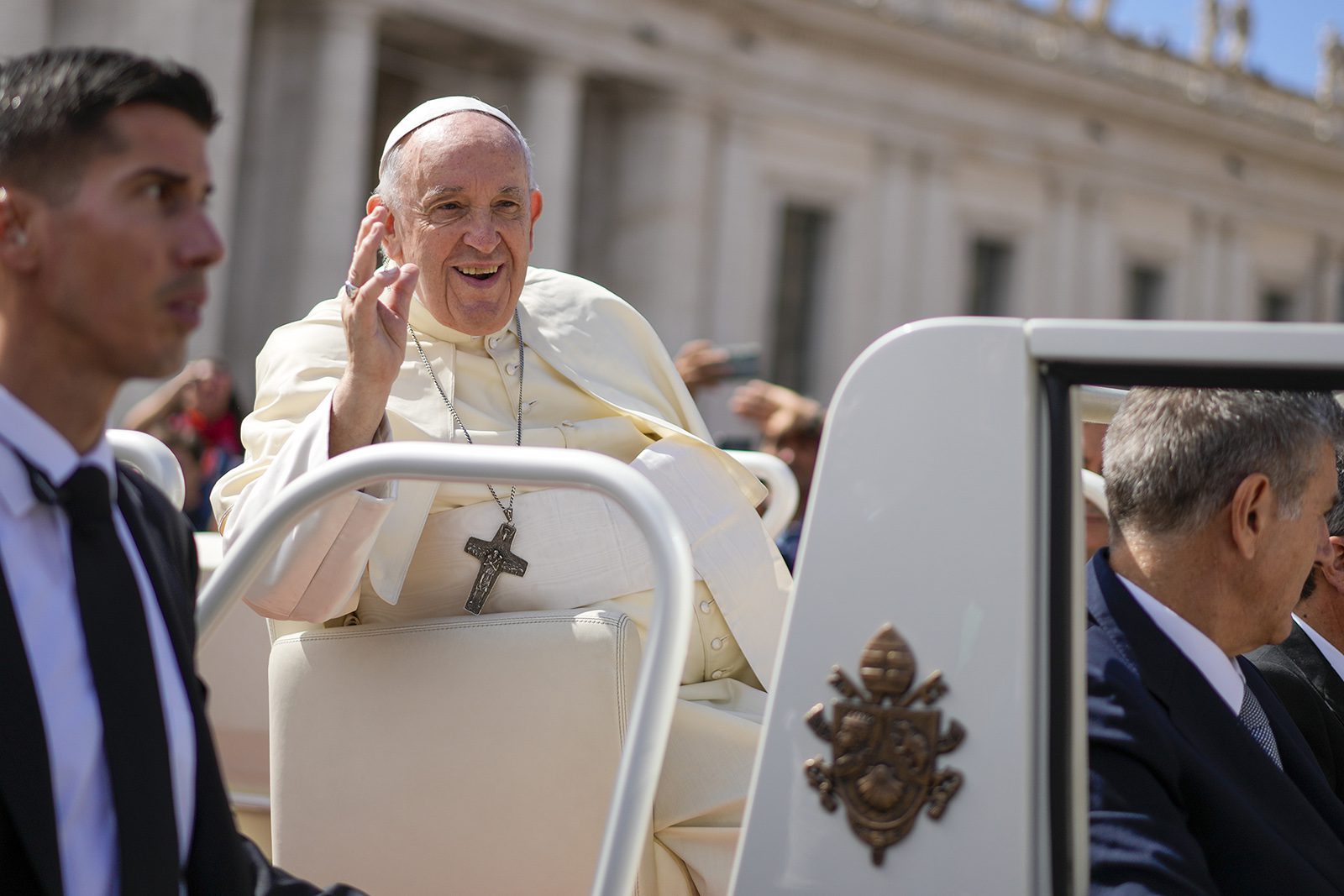 Pope Francis leaves at the end of the beatification ceremony of late Pope John Paul I, in St.Peter’s Square at the Vatican, Sept. 4, 2022. (AP Photo/Andrew Medichini)

The pope said that in his previous synods, the media interfered with the discussions at the synod. “They said the first one, on family, was to allow Holy Communion to be administered to divorcees. Actually, it was something much larger, that included the possibility of a pastoral (engagement) with divorced people in the widest sense. With the synod of the Amazon, the media said it was about whether they would ordain married men,” he said.

But, he added, “The Holy Spirit took things along a different path.”

Once again, Francis laid out his vision for the future of decision-making in the church, which has its center in the Holy Spirit. “The Holy Spirit acts in two stages. First, he stirs things up, moves them around, and then he brings harmony,” the pope said.

“We must not forget this: If the Holy Spirit is not the main actor, it is not a synod. And we’re still learning,” he added.

RELATED: Synod’s main themes come into focus as it enters its continental stage

When it comes to the Vatican’s foreign affairs, the pope said he has maintained the institution’s traditional stance of dialogue and diplomacy, even toward authoritarian states. “The Holy See never leaves. It gets thrown out. It always attempts to save diplomatic relations and to save whatever can be salvaged through patience and dialogue,” he said. 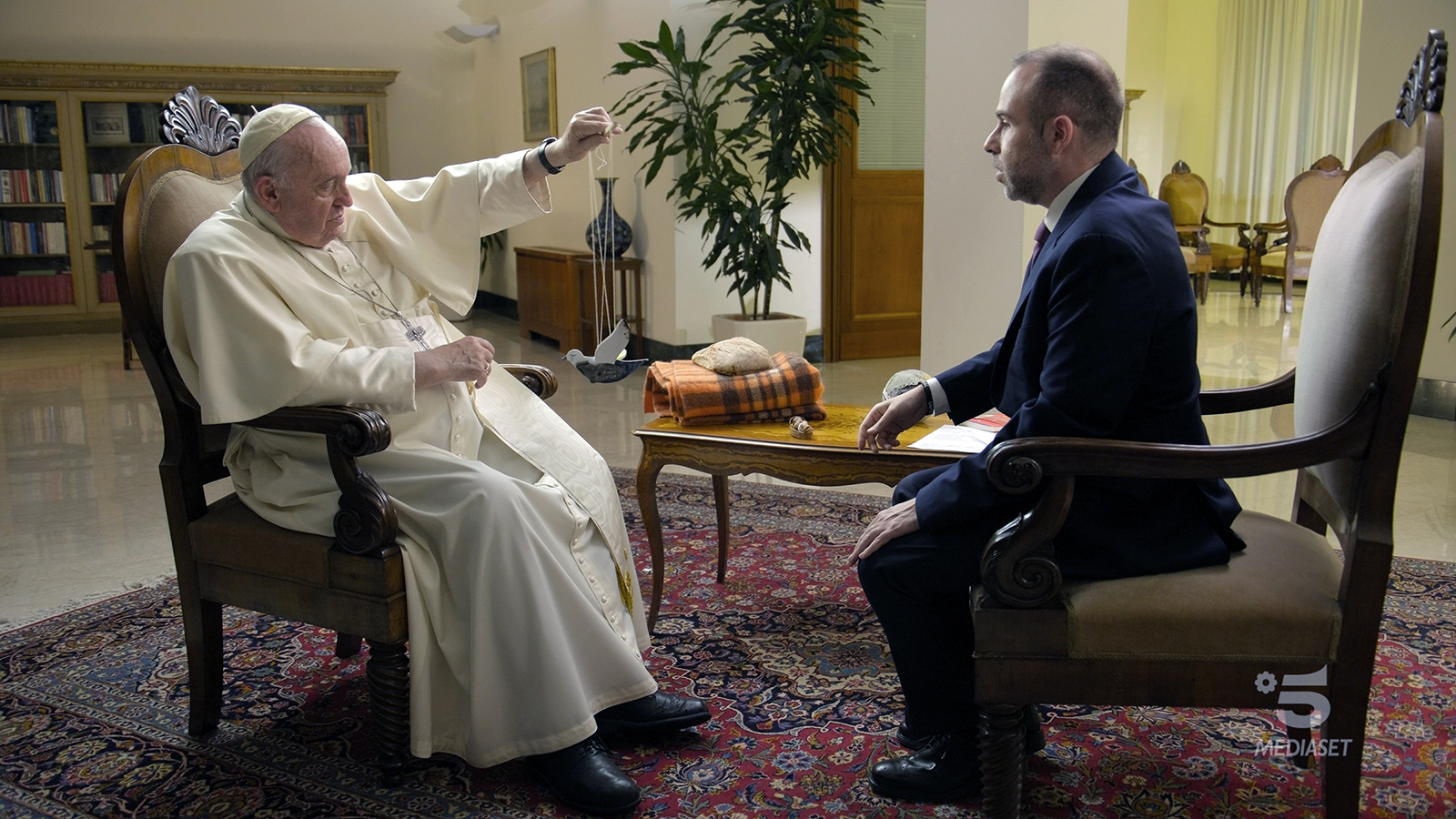 The pope said he has tried to be a bridge between opposing factions in the Ukraine war. The pope has called for peace in Europe more than 100 times since Russia invaded Ukraine in February.

“We do whatever we can. They don’t listen. What is happening in Ukraine is terrifying,” he said, adding that he fears the conflict will not end soon. “Let’s not forget this. There are many hands stirring up the war pot. It is global. I think war is waged when an empire begins to weaken. And when there are weapons to be used, tested and sold. There is a great deal at stake,” he said.