(Next City) — In January 1963, the city council in Berkeley, California, passed a pioneering anti-segregation law that included criminal penalties for housing discrimination. But residents so fiercely opposed it that it was repealed via referendum only a few months later. One referendum supporter reportedly called the law “a plot to Congo-lize our city,” according to Charles Wollenberg’s “Berkeley: A City in History.”

At the time, redlining — a federal government-led effort to segregate America’s housing stock amid a housing shortage during the post-WWII period — was already a flagrant and well-established practice across the country, with the Federal Housing Authority divvying up neighborhoods by “risk” (in practice, race) and guiding banks on whom to lend money to based on a color associated with where they lived (neighborhoods with Black residents were invariably marked red, hence the term “redlining”).

The FHA was also the government lender and refused to issue mortgages in and around any Black neighborhoods, effectively denying Black communities access to wealth — and the opportunity to build it — through homeownership for generations to come.

Today’s residents of a liberal bastion like Berkeley may grimace when recalling this history and its enduring legacy in even the most progressive cities.

RELATED: $175,000 in reparations grants given by Episcopal Diocese of Maryland

But Susan Russell invokes it all the same when making the case for the Black Wealth Builders Fund, a loan program designed to bolster Black homeownership in communities in California’s East Bay, the eastern region of the San Francisco Bay Area where Berkeley is situated.

Russell is a member of the Arlington Community Church, United Church of Christ, in Kensington, just north of Berkeley. Following the 2020 murder of George Floyd, Russell and fellow church members created an anti-racist discussion group in which they began ideating on what they could do to meet the moment as a predominantly white congregation.

After speaking with several Black community leaders across the East Bay, it didn’t take long for an idea to surface: “Housing was all anybody wanted to say, so we just went with what they told us we needed to be working on,” said Russell.

Launched in 2021, the Black Wealth Builders Fund offers zero-interest loans ranging from $15,000 to $20,000 — the 3% minimum down payment mortgage option geared to low- and moderate-income home buyers — to Black neighbors looking to purchase their first home.

“Addressing Black homeownership is a way to make long-lasting, systemic change in how Black communities can build wealth and pass it along to their heirs,” the church’s website states. “A major barrier to homeownership, especially in the high-priced Bay Area, is lack of a down payment.”

The fund is supported by two trusted community partners: the Richmond Community Foundation, which houses and administers the fund, and the Richmond Neighborhood Housing Services, which identifies qualified candidates and supports them on their journeys into homeownership.

The initial fundraising goal of $50,000 was met during the Lenten offering, and the church has since continued to raise more than $330,000 as of early this month. So far, the fund has assisted 21 families in Alameda and Contra Costa counties. One community member, who had been in an RNHS program since 2018, was able to purchase a home this past summer by accessing the fund.

“We were excited that there would be another resource outside of institutions that the clients we serve could leverage,” said Nikki Beasley, RNHS executive director. “It’s just an added value of getting people over the finish line.”

When the church group set out to find ways to address racial harm in the community, they expressly sought to develop a project that would engage in some form of reparations. The fund was initially called the “Black Homeownership Reparations Project” but, with the counsel of community leaders, was later renamed.

All involved agree that the program is an imperfect attempt at reparations proper.

“Ideally, to help with the wealth gap and create wealth is to be able to get subsidies and down payments that one doesn’t have to pay back,” said Beasley, who advised Russell and the group on the design of the program.

While the idea of reparations is gaining more traction in the national conversation, what actually constitutes as reparations is hotly debated. In their book “From Here to Equality: Reparations for Black Americans in the 21st Century,” husband and wife co-authors William A. Darity, Jr. and A. Kirsten Mullen argue that only a federal reparations program could bridge the racial wealth divide, which, to their estimates, is $14 trillion.

“It’s not possible for these personal or private efforts to address the racial wealth gap in a systemic way because the magnitude of the gap is so large,” said Darity. “At the national level, if generous donors made $1 billion contributions to a restitution fund (or $12 billion per annum), it would take a millennium to reach $14 trillion.”

Individual, private or local reparations, he believes, only distract from acknowledging the true debt that this country still owes descendants of enslaved Americans — and paying it.

“Individuals and organizations with a commitment to racial redress should invest their time and effort in the more demanding task of building the national movement that will propel Congress toward adopting a comprehensive federal program of reparations for Black Americans whose ancestors were enslaved in the United States,” said Darity.

He would prefer if such private projects be called “racial equity initiatives” rather than reparations, since their impact — even collectively — falls far shorter than what he believes a federal plan can, and should, achieve. “Labeling them ‘reparations’ is pretentious and presumptuous.” 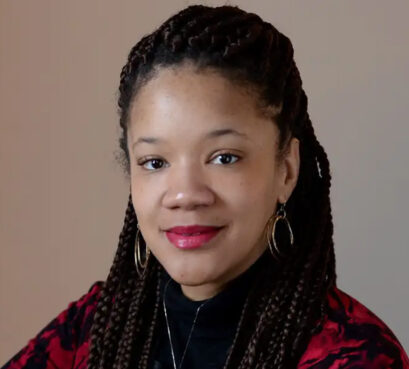 “Of course, the United States government is responsible for the crimes of the Transatlantic Slave Trade and its legacies,” Simmons added, “but there are other institutions — including the church and its various denominations, local and state governments, colleges and universities, and health care systems — that also have harmed and committed crimes against Black communities.”

According to Simmons, any institution that has participated in harm is responsible for repair, and that repair at least begins as “a community process.”

“Local reparations will not satisfy this nation’s responsibility to the Black community, nor will one federal policy,” she said. “It will take all forms of reparations from our institutional accomplices to the anti-Blackness in this nation.”

RELATED: America’s original sin must be addressed, not ignored

Russell admits that the project is only “making a tiny dent in this huge problem,” but she hopes that, for as long as the fund can continue, it will make an impact on their community.

“I mean, we’re just a bunch of white people trying to do something,” she said. “I feel like what everybody needs to understand is, this is not charity. This is trying to make up for systemic racism for hundreds of years.”

(This article was co-published with Prism and Next City as part of Next City’s Solutions for Economic Equity partnership, highlighting how low-income and marginalized BIPOC communities are cultivating, building and seizing economic justice in cities across the U.S.)