(The Conversation) — For many Christians around the world, celebrating the Nativity, or the birth of Jesus Christ, is the most important part of the Christmas season.

Among the most common Christmas traditions are small sets of figures depicting Joseph, Mary and Jesus that are displayed in individual homes, and live reenactments of the manger scene in communities and churches. While Nativity sets focus on the holy family, they can also include an angel, the three wise men bringing gifts, shepherds or some barnyard animals.

Around the world, it is common to see particular cultural and religious traditions incorporated through the materials used, the types of gifts presented to Jesus, or the people and animals present at the manger.

The Marian Library at the University of Dayton has over 3,600 Nativity sets, also known as “crèches,” the French word for cribs. These Nativities are used to promote the study of culture and religion. Since one of us is a curator for this collection and the other is a religious studies scholar, we often notice how Nativities can be used to both depict the birth of Jesus and convey unique cultural beliefs.

In Nordic folklore, “the tomte,” or “nisse,” is a small creature that looks rather like a garden gnome figurine. These long-bearded, red-capped little lads are associated with Yule, the celebration of the winter solstice in pre-Christian northern Europe.

While these folklore figures were often believed to be quite helpful around a farm, even doing chores in secret at night, they also have a mischievous or sometimes even scary side. For example, in one legend a young farm girl decides to put butter at the bottom of the porridge bowl left out for the nisse, instead of on top. The nisse was so angry he immediately went and killed the farm’s best cow. Once he discovered the butter at the bottom, he felt remorse, and to remedy the situation he stole a cow from the neighboring farm. 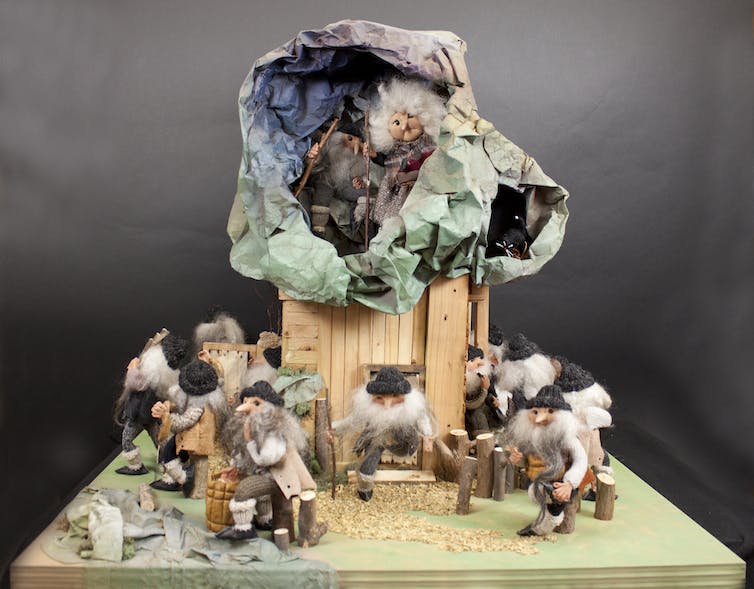 In Iceland, the mythical creatures are called Yule Lads, and they visit children’s homes in the lead-up to Christmas. A 2003 Nativity scene by Icelandic crafter and artisan Kristin Karolina blends the two holiday traditions, depicting the birth of Jesus with a band of troublemakers. Made of knitted wool and sheepskin, the mischief-makers are licking the porridge spoon and stealing the Christmas meal through the chimney with a fishing pole.

The devil is in the details

Across the Atlantic, a different type of troublemaker can be found in Nativities: Devils are a common feature in Christmas rituals across Latin America.

Devils at the Nativity are a physical representation of evil in the world, even in the presence of the Christ child. They sometimes specifically represent what Catholic teachings consider “the seven deadly sins”: lust, greed, pride, envy, gluttony, sloth and wrath. 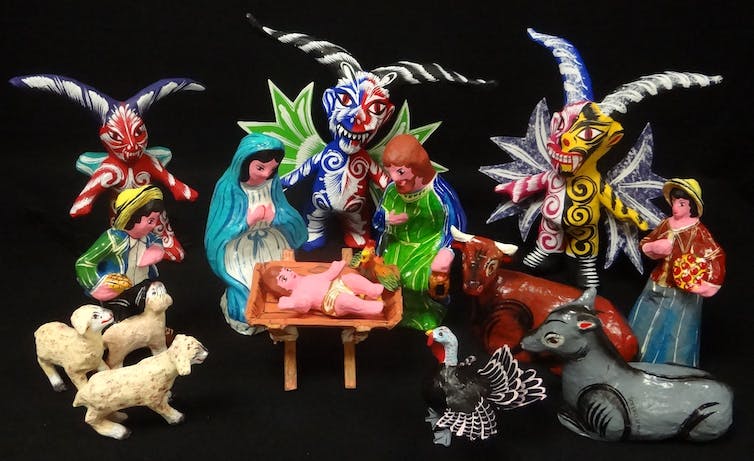 The devil can be found in other popular religious traditions of the Advent and Christmas seasons. One of these practices is the appearance of the devil as a character in a “pastorela,” a popular Mexican dramatic portrayal of the shepherds making their way to visit Jesus. In these Nativity plays, a devil character plays tricks and sets obstacles in the shepherds’ path, trying to keep them from Bethlehem.

Some pastorelas are set in modern times, with the devil role highlighting human sinfulness. But these plays end with a hopeful message: the love, peace and joy in the church’s teaching that God became human.

Another practice called “la quema del diablo,” or “burning of the devil,” is held in Guatemala. Individuals and groups set fires in front of their homes and around their communities to symbolize cleansing the world of all evil. It is held on Dec. 7, in anticipation of the Feast of the Immaculate Conception on Dec. 8. This feast celebrates the church’s teaching that the Virgin Mary herself was conceived without sin, preparing her to become the mother of God.

Alike in the eyes of God

Contrasted against the vivid colors and expressions in the Latin American depictions, Nativities representing the Amish culture in the United States often feature faceless figures in plain clothing. Amish teachings highly value humility and simplicity – many churches, for example, forbid individuals to pose for a face-on photograph, as this can be seen as a form of pride. Even Amish dolls for children are often created without individual faces. 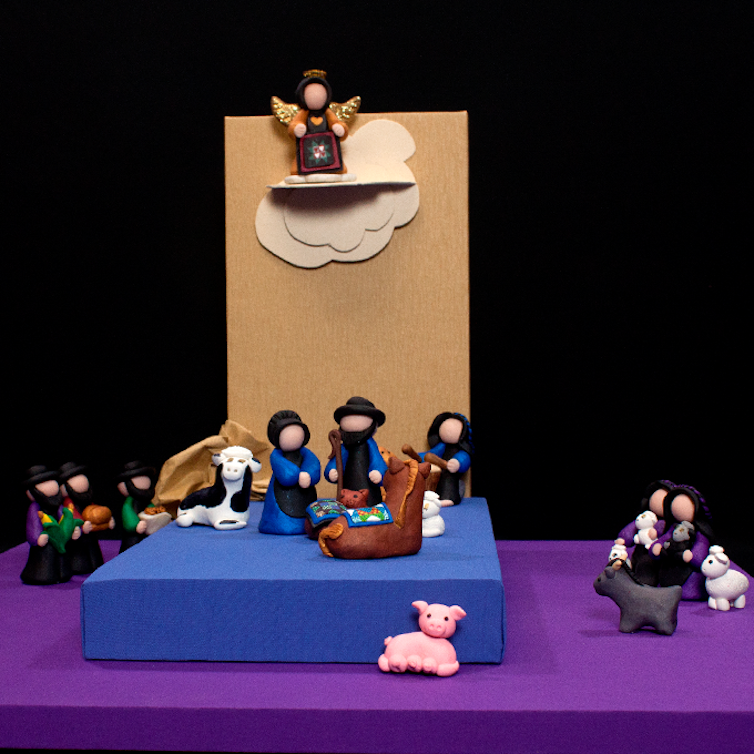 While each Nativity set incorporates a different set of values and beliefs surrounding the birth of Christ, they are all examples of taking tenets of faith, which can often be abstract ideas, and representing them physically. And for many Christians, such traditions help represent their beliefs in a particularly powerful way: by picturing Jesus within their own culture.

Kayla Harris does not work for, consult, own shares in or receive funding from any company or organization that would benefit from this article, and has disclosed no relevant affiliations beyond their academic appointment.