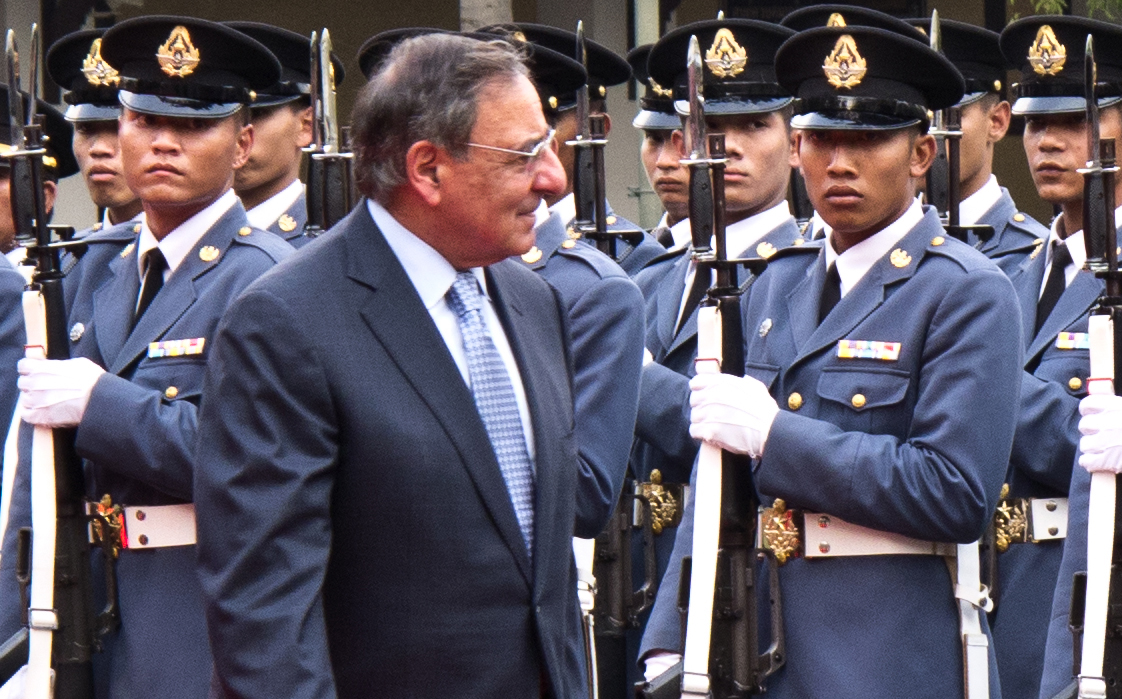 Leon Penetta, then U.S. Secretary of Defense, visiting Thai military officials in Bangkok in November 2011 to sign a “2012 Joint Vision Statement for the Thai-U.S. Defense Alliance” describing their security relationship.  Thailand is a “major non-NATO ally” of the U.S. which has armed and financed its military for decades, and conducts massive, joint training exercises on Thai territory each year. Photo by Richard S. Ehrlich