(RNS) Is it okay to ask God to do harm to another person? The theology of such “imprecatory prayer” may be a matter of debate, but a Dallas judge has ruled it is legal, at least as long as no one is actually threatened or harmed.

District Court Judge Martin Hoffman on Monday (April 2) dismissed a lawsuit brought by Mikey Weinstein against a former Navy chaplain who he said used “curse” prayers like those in Psalm 109 to incite others to harm the Jewish agnostic and founder of the Military Religious Freedom Foundation and his family.

Hoffman said there was no evidence that the prayers by Gordon Klingenschmitt, who had been endorsed for the Navy chaplaincy by the Dallas-based Chaplaincy of Full Gospel Churches, were connected to threats made against Weinstein and his family or damage done to his property.

According to the lawsuit, Klingenschmitt posted a prayer on his website urging followers to pray for the downfall of MRFF. 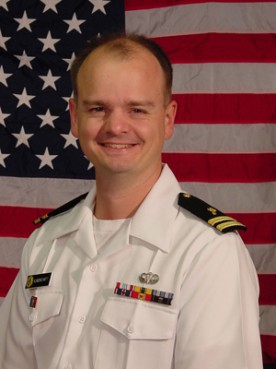 “I praise God for religious freedom because the judge declared it’s OK to pray imprecatory prayers and quote Psalm 109,” Klingenschmitt said after the ruling, according to The Dallas Morning News. Psalm 109 calls for the death of an opponent and curses on his widow and children, among other things.

Hoffman’s ruling did not actually turn on constitutional questions as much as it did on Weinstein’s claims that the prayers incited the threats and vandalism. 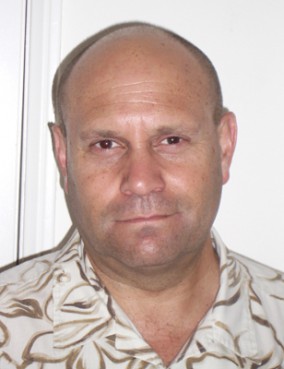 Mikey Weinstein, founder of the Military Religious Freedom Foundation, has had grafitti sprayed on his house, dead animals left on his lawn and shots fired through his window. Critics’ prayers against him, he said, are the least of his worries. Religion News Service file photo.

Weinstein, a former Air Force lawyer who started the foundation to battle what he sees as undue religious influence in the armed forces, said Friday (April 6) that “a very aggressive appeal is highly likely.” He said he has received numerous death threats, had swastikas painted on his house, and that his windows have been shot out and animal carcasses left on his doorstep as a result of his activism.

“We are disappointed in the ruling because we believe the judge made a mistake in not understanding that imprecatory prayers are code words for trolling for assassins for the Weinstein family,” Weinstein said. “I don't think the judge understood that these are not regular prayers,” he added, comparing imprecatory prayer to a radical Islamic fatwa.

Imprecatory prayers have a long if complicated history in religious traditions. But this type of prayer, and Psalm 109 in particular, has become a hot topic since President Obama’s election as a number of religious conservatives have invoked it against him.

In the most recent case, the Speaker of the House of Representatives in Kansas, Mike O’Neal, sparked an outcry in January when he sent Psalm 109 to Republican colleagues, writing, “At last – I can honestly voice a biblical prayer for our president!”

“Thankfully, the district court recognized that if people are forced to stop offering imprecatory prayers, half the churches, synagogues and mosques in this country will have to be shut down,” said John W. Whitehead, president of the Rutherford Institute, a legal advocacy group that helped defend the Chaplaincy of Full Gospel Churches.