WASHINGTON (RNS) Hutterite bishops say a new National Geographic reality series that follows the members of a rural Montana colony gives a “distorted and exploitative version” of life inside a little-known Christian sect. Members of a Hutterite colony in Montana that's the focus of a new National Geographic reality show say the series is a “distorted and exploitative'' depiction of their life that is not what the producers promised. King Colony, Montana: The entire family outside of a house for a group photo.

The controversy led Hutterite bishops to issue their first-ever press release, said Canadian journalist Mary-Ann Kirkby, a one-time Hutterite who is working with the bishops in Montana's King Ranch Colony.

The June 14 statement, issued by three Hutterite bishops, accused the National Geographic Channel of presenting a “distorted and exploitative version of Hutterite life that paints all 50,000 Hutterites in North America in a negative and inaccurate way.”

The 10-episode “American Colony: Meet the Hutterites” follows the 59 members of the King Ranch Colony, showing them drinking, swearing, and shooting guns, all in violation of the sect's pacifist and pietist Christian beliefs.

While Hutterites embrace some modern technologies, such as farm equipment for large-scale agriculture, the introduction of TV cameras — along with television and Internet access — has created a rift among Hutterites.

In a statement, National Geographic said the show captures this rift in presenting “a truthful representation of the struggle between the younger generation and the colony leaders.”

Kirkby called it another example of the digital age “wreaking havoc” on Hutterite society. 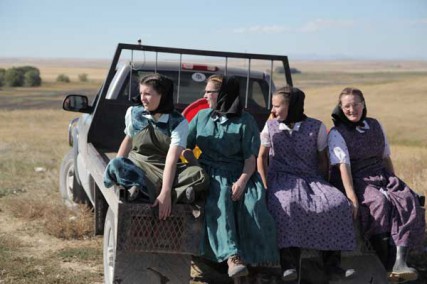 “King Ranch has had its challenges keeping the faith, so it was a very vulnerable people to begin with,” said Kirkby, the author of the 2010 memoir, “I Am Hutterite.” “And you combine that with people who are really naive and innocent…they’re just ripe for exploitation.”

“We are not Utopia. We have more struggles than we wish we did. We are like everyone else, but we are also trying to live a meaningful Christian life,” Kirkby said.

The National Geographic Channel said in a statement that the production partner Collins Avenue “went to great lengths to work closely with the colony leaders on all aspects of production so as to ensure an authentic and accurate portrayal of their daily lives.”

The bishops, who have jurisdiction over the colonies, argued that they should have been consulted first. They also accused the company of contriving scenes, which National Geographic denied.

The Hutterite Brethren is an Anabaptist sect whose members live in small communities in western Canada and the United States. Like the Mennonites and the Amish, Hutterites are known for their traditional language, clothing, and beliefs.

Unlike other Anabaptists, Hutterites live communally in imitation of Jesus’ early followers as described in the book of Acts. Hutterites share possessions among the community and are not paid wages. They eat communally in a dining hall, and daily prayer services form the core of their devotional life. 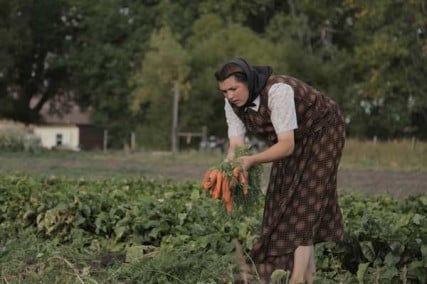 Hutterites have faced internal strife and external scrutiny since they emerged from the political and religious turmoil of the 16th century Reformation.

Arising out of the Anabaptist reformers in Moravia (modern-day Czech Republic), Hutterites faced continual persecution for their beliefs in adult baptism and pacifism.

In the 1870s, 18,000 Hutterites traveled to America and settled mainly in the Canadian provinces of Alberta, Manitoba, and Saskatchewan, and in Montana and South Dakota in the United States.

Today there are an estimated 45,000 Hutterites in North America, living in 462 colonies.

Evolving technology continues to be a point of contention for Hutterites, Kirkby said.

“This is the biggest challenge of Hutterites today: can we survive with the Internet and the whole world knocking at our door?”