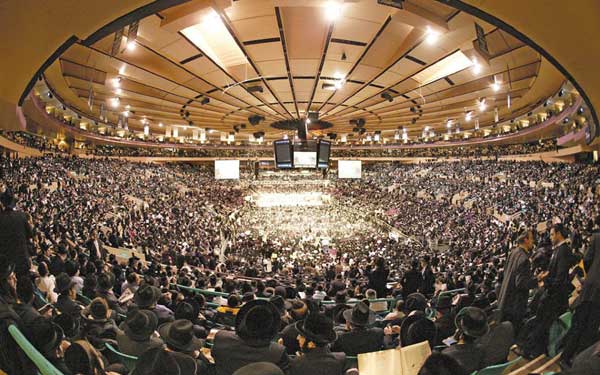 (RNS) Want to study the Talmud with thousands of other Orthodox Jews? There’s an app for that.

Twenty-first century Internet technology makes it easier than ever for thousands of people worldwide to participate in Daf Yomi, a 7.5-year program to study the Torah’s rabbinical commentary. 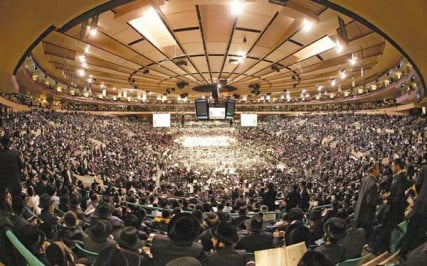 Wednesday (Aug. 1) marks Siyum HaShas, the end of the 12th Daf Yomi cycle. More than 90,000 Orthodox men and women will commemorate the day with prayer services, speeches, and dancing at a celebration at MetLife Stadium in East Rutherford, N.J., home of the New York Giants and Jets.

In all, 150,000 people will participate as the celebration is broadcast live in 80 cities from Santiago to Melbourne. Rabbi Labish Becker, who led the team that coordinated the local celebrations, said it will be the biggest celebration yet, and attributes much of the growth to the access new technologies allow.

Literally “a page a day,” Daf Yomi breaks down the Talmud into 2,711 daily lessons. Participants study alone or meet for nightly lessons in synagogues, schools and homes.

With the advent of smartphone apps, podcasts and mass e-mails, Orthodox Jews can now access lessons anywhere in the world, at any time of day. 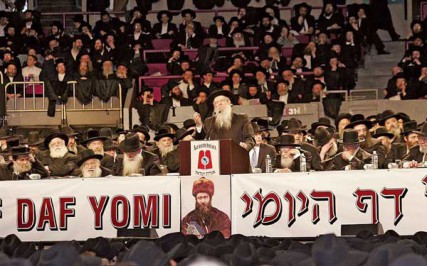 “Technology has really helped increase the availability of all of the beautiful knowledge to be gained through the study of Daf Yomi, and made it possible to be connected all the time, and not just restricted to having a teacher in a room,” Becker said.

Written in Hebrew and Aramaic, the Talmud counsels on myriad aspects of Jewish life, such as religious observance, law and running an ethical business.

For those who can’t read the ancient languages, services like DafNotes.com offer a daily English translation, complete with an explanation of the text.

Rabbi Avrohom Adler started the free website as a blog with his brothers six years ago to elucidate the text’s message for those who want to learn but don’t have the time or inclination to learn a new language. “They don’t just want to read it, they want to understand it,” he said.

Adler says he has already added hundreds of members to his 3,000-strong mailing list in recent weeks as Jews prepare for the 13th study cycle.

But websites like his raise debate over the use of technology in the Orthodox Jewish community. 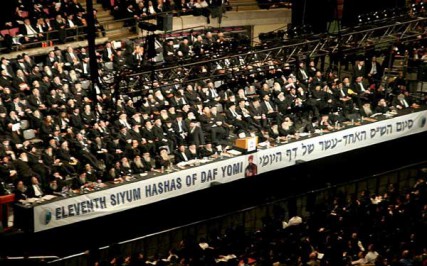 In May, over 40,000 ultra-Orthodox Jews met for a religious rally about the dangers of the Internet at Citi Field, home of the New York Mets.

Though a minority of faith leaders promote banning the Internet outright, Adler and many others advocate filters that remove questionable sites while allowing access to religious content.