(RNS) In his new book, “The Whitney I Knew,” gospel artist BeBe Winans describes his 28-year friendship with singer Whitney Houston. Winans, 49, and his sister CeCe, performed with Houston, and sang at her funeral in February. His older brother, Marvin, gave the eulogy for Houston at New Hope Baptist Church in Newark, N.J. CeCe Winans, Whitney Houston, and BeBe Winans in the studio at the recording of “Hold Up the Light.” BeBe’s shirt says Friends Forever, which is what they became.

In an interview, Winans talked about the faith of the woman known just as “Whitney,” and why he won’t rush to see her in “Sparkle,” the movie that opens Friday (Aug. 17).

Q: As a grieving friend of Whitney Houston’s, why did you decide to write this book?

A: I felt it would enable me to embrace the pain and come to the other side of it and also, in my personal way, paint the picture of who Whitney really was and not allow just the tabloids to describe who she was. 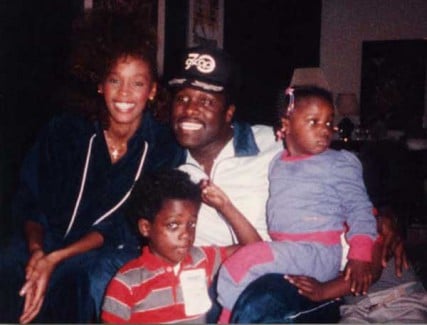 The first time the Winans met Whitney Houston, in 1985. Whitney with BeBe’s brother Carvin and his children, Carvin III and Ebony Jay.  Whitney was opening for Jeffrey Osborne.

Q: When you first met, you talked about New Hope Baptist, her hometown church. What did New Hope mean to her?

Q: You discussed how many people in the entertainment industry grew up in church. Do you think that Houston drifted away from that at some point?

A: I think when things really took off – “The Bodyguard,” not just music but movies and motherhood and everything else, I think she lost her way. But she didn’t lose her understanding of who God was and his existence. She held on to faith and grace even in the midst of being far away sometimes.

Q: How did she manage the walk the line between entertainment and worship?

A: Sometimes I would tell her, “Why are you singing that song like it’s a gospel song?” So many times, she’s singing a song and before you know it she’s singing the lyric, “Thank you, Lord” and it’s nowhere in that lyric of the song. But it was always who she was. When she took a song she reached down to that foundation that she was raised in. 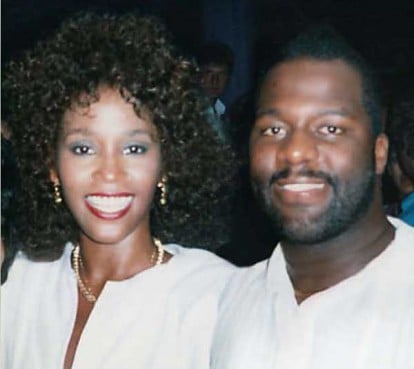 BeBe Winans and Whitney at her 26th birthday party, where she received a live monkey as a gift from Michael Jackson.

Q: She supported you and your sister CeCe in your gospel music career. Any favorite memories?

A: A lead vocalist like Whitney Houston loves singing background. We could stay in the studio for hours when we would have the song already done because we just enjoyed that blending of our voices.

Q: You write that some people find temporary relief in drug use when they feel God isn’t answering their prayers quickly enough. Do you think that happened to her?

A: I believe that happened to Whitney. Is it right? Is it wrong? What I’ve learned in my personal life and watching Whitney as well — we all have to graduate to that point where we trust him (God) to be exactly above every problem that we have.

Q: Did it surprise you that “Jesus Loves Me” was one of the last songs she reportedly sang?

A: Not at all. It was a song that not only she loved but a song that she believed. It was a song she sung constantly, onstage and offstage. When she asked for me to produce that on “The Bodyguard” soundtrack, it was like, “Well, I know I got to do it because this is your favorite song.” 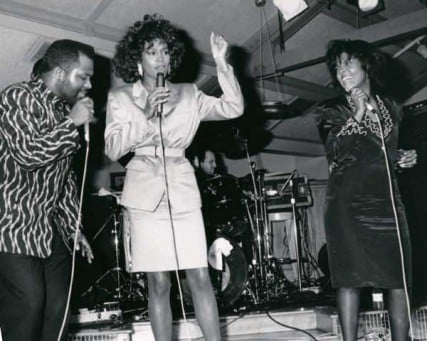 Q: With her movie hitting theaters, are you looking forward to her performance in “Sparkle”?

A: I’ll be honest with you: The answer is no. I’m not because it will be painful. I will see it. I won’t see it when it first comes out because I know the reality is that she’s gone. Q: As you tour with saxophonist Dave Koz and remember Whitney, what song do you sing as a tribute to your friend?

A: We sing “Shoop” (from the “Waiting to Exhale” movie soundtrack) because it’s so appropriate: “With every win, someone must fail. You’ll find a point when you will exhale.” And, I’m finding that point in the reality of her loss that I can exhale.