WASHINGTON (RNS) Most Americans do not believe Scientology is a real religion, according to a recent poll by 60 Minutes and Vanity Fair. The survey, conducted by CBS News, found that 70 percent of Americans say that Scientology is not a true religion; 13 percent believe it is; and 18 percent either don’t know or don’t care.

Out of the more than 1,000 people polled, Christian Americans were even more likely to question Scientology’s status as a religion — 79 percent of evangelicals, 74 percent of Protestants and 72 percent of Catholics surveyed responded that they did not think Scientology is a religion.

L. Ron Hubbard, a science fiction author, established Scientology in 1952, and the Church of Scientology has been acknowledged as a religion in the United States since 1993. Scientology is known for its celebrity followers, such as actors Tom Cruise and John Travolta.

It’s hard to say exactly how many people practice Scientology in the U.S. Many critics suggest that there are between 25,000 and 55,000 active Scientologists, but the church's website claims growth of more than 4.4 million adherents each year.

Calls for comment from the church's Washington, D.C., office were not returned.

Each month, 60 Minutes and Vanity Fair conduct a survey of a random sample of Americans by telephone. The questions touch on a variety of topics from religion to politics to celebrities. September's poll asked, “What line of work would Jesus be in today?” Half of those surveyed said that Jesus would be a teacher, while 18 percent said he'd be a carpenter. 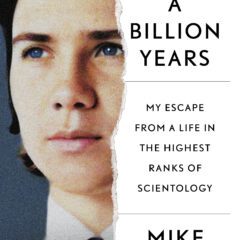 Religion Hub
Ex-Scientologist Mike Rinder has memoir out in September