Editor’s note: This story has been updated since it initially ran on Wednesday, Nov. 7.

(RNS) Rep. Pete Stark, D-Calif., the only openly atheist member of Congress, lost his race for another term on Tuesday (Nov. 6). 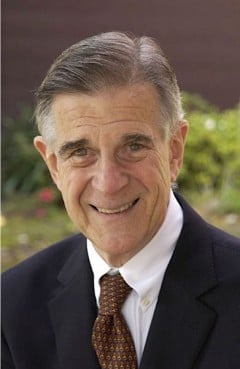 Pete Stark, the only openly atheist member of Congress, was defeated Tuesday, but newly elected Arizona Rep. Kyrsten Sinema will take his place — representing what atheists, humanists and other nontheists hope is a new wave of nonreligous lawmakers.

But secularists will not remain unrepresented in the Capitol. Democrat Kyrsten Sinema, a former Arizona state senator who was raised Mormon and is a bisexual, has narrowly won her pitch for a House seat by 2,000 votes.

“We are sad to see Pete Stark go,” said Roy Speckhardt, executive director of the American Humanist Association, which gave Stark its Humanist of the Year award in 2008.

“He was a pioneer for us, and by being open about his lack of a belief in God we hope that he has opened the door for people like Kyrsten Sinema and others that will come after her.”

While Sinema’s campaign was initially unavailable for comment after Tuesday’s election, spokesman Justin Unga said Friday that Sinema does not consider herself a nonbeliever, adding that she prefers a “secular approach.”

“Kyrsten believes the terms non-theist, atheist or nonbeliever are not befitting of her life’s work or personal character,” Unga said in email. “She does not identify as any of the above.”

Stark, who turns 80 this year, is the dean of the California congressional delegation and has served Fremont, a religiously diverse community near San Jose, since 1972. He “came out” as a nonbeliever in 2007, and went on to win two re-election bids. But this time he faced recent redistricting and a fellow Democratic challenger, Eric Salwell, almost 50 years his junior.

“I don’t think his lack of belief in a god had anything to do with the results of this election,” Speckhardt said. “The numbers were close.”

But during the campaign, Salwell raised Stark’s 2011 vote against reaffirming “In God We Trust” as the national motto, a vote in which he was joined by just eight other lawmakers. The outspoken Stark accused Salwell of taking bribes, an accusation which he eventually had to apologize for.

Still, Speckhardt said Stark’s achievements for nontheists include his opposition to the war in Iraq and his support of health care reform and civil rights. He also worked for congressional recognition of Darwin Day and the National Day of Reason, which nontheists observe to promote science education and critical thinking.

“Humanism is not just a lack of belief in God, it is a positive, progressive philosophy,” Speckhardt said. “So for us, he has done things every day.”

Sinema, 36, has much in common with Stark ideologically. Having previously served as both an Arizona state senator and representative, she has a long record of supporting women’s rights, marriage equality, gay rights and science education.

Even though Sinema does not claim the atheist mantle, nontheist groups consider her one of their own.

“This is a step forward in that she was able to run openly as a nontheist and it didn’t seem to be an issue,” said Lauren Anderson Youngblood, communications manager for the Secular Coalition for America, whose Arizona branch supported Sinema’s election. “That is a great thing for the community, especially because with the loss of Pete Stark, we are left with a big hole.”