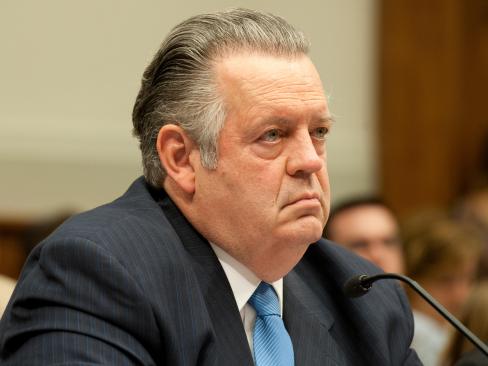 Give Richard Land credit. The Southern Baptist public policy Pooh-bah did catch some flak in December for justifying the use of deadly force on New Testament grounds. But the grounds were defense of neighbor–a variant of just war theory of which St. Augustine would probably have approved.

Now, in a letter to President Obama, Land has put the SBC on record in support of some real gun control legislation: mandatory criminal background checks for all gun sales, including at gun shows; and making gun trafficking a federal crime. OK, there’s nothing about an assault weapons ban. And the letter does ask the president to “take into consideration” regional differences:

We consider an effort to apply the same gun restriction laws across the entire populace to be unworkable and of considerable offense to many. We recommend that you allow the individual states’ elected representatives to decide whether to implement any restrictions you may choose to enforce or to enact their own restrictions based on the needs and interests of their own citizens.

A skeptic might suggest that the SBC wants to be able to exclude from the reach of new gun control legislation its own heartland–states like Mississippi, where we seem to be headed to a new round of warfare over states’ asserted rights to nullify federal laws they don’t like.

But that only points to the challenge the SBC faces when assuming a position to the left of the NRA. According to a new survey from the Public Religion Research Institute, 58 percent of white evangelicals live in households that have guns, and only 35 percent favor stricter gun control laws. Southern Baptists, in other words, make up a good portion of the Americans who are clinging to their guns and their religion. (The non-clingers are the Nones, only 36 percent of whom live in gun-toting households while 60 percent favor stricter gun control.)

So in advocating new gun controls of any kind, Land is well out in front of the people in his pews. A couple of years ago, in deference to their sensibilities, he backed out of an interfaith coalition supporting the rights of Muslims to build mosques in the U.S. Last summer, he announced he’d be retiring as head of the SBC’s Ethics and Religious Liberty Commission in October of this year. Maybe he figured, what the hell.