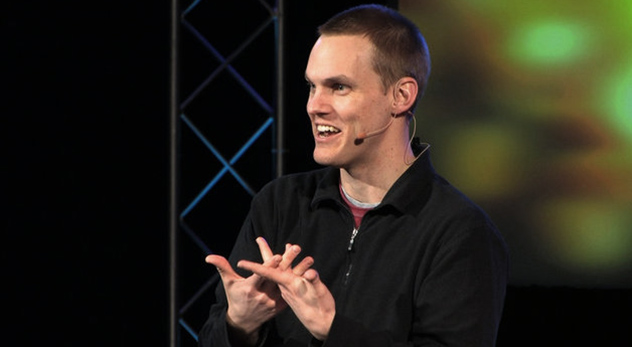 The young pastor has created a stir among some Christians with his hard-to-swallow message, but it is still widely embraced.

David Platt, 34, is the pastor of The Church at Brook Hills in Birmingham, Alabama. He is the author of the New York Times bestselling book Radical: Taking Back Your Faith from the American Dream, whose message are often controversial but never without power. A life-long learner, David has earned two undergraduate and three advanced degrees including a Doctor of Philosophy (Ph.D.) from New Orleans Baptist Theological Seminary. His new book, Follow Me: A Call to Live, A Call to Die, has also caused some believers to grow restless. In it, David shows people that the call to follow Christ is more than an invitation to pray a prayer, but a summons to lose your life. In this interview, the radical preacher talks about his radical message and why it’s ruffled so many Christians’ feathers.

JM: What kind of response did you receive from Radical?

DP: On the whole, a lot of people read Radical, which led to various responses, but overall I sensed that the message in that book was resonating with what many people were (and are) already thinking. Many Christians look at the Bible and then look at the picture of American Christianity around them and think, “This doesn’t add up. Something is wrong here.” And so I think I simply put into words what many people were already sensing. Along the way, there were also various criticisms of the book. Some believed the book was too theologically conservative and others thought it was too socially liberal, if I could use those terms. But I’m convinced that a firm grasp of the gospel leads to sacrificial living for God’s glory in a world of poverty and suffering, especially when it comes to spiritual poverty and eternal suffering.

JM: Were you surprised by the fact that such a hard-to-swallow message was so widely accepted?

DP: Yes and no. On one hand, I had pretty low expectations, and so I was surprised that many people read the book at all! On the other hand, I believe many Christians are longing for more. They know that there is more to following Jesus than the routine religion we are tempted to settle for at every turn. And I’m convinced that every follower of Christ who truly has the Spirit of Christ in them wants to be a part of living radically for His name’s sake in the world. I hope this book helps them consider what that might look like in practice.

JM: Do you see positive changes in the Church away from the me-centered American dream kind of faith?

DP: Again, yes and no. In some ways, I see self-centeredness often driving even radical living and giving. Some people think that if they will do certain things, they will somehow earn the favor of God, but this misses the whole point of Christianity and ironically devolves into a me-centered approach that subtly disregards the grace of God in the gospel. Similarly, some are driven to social actions sometimes simply because it’s a trendy thing to do. That, of course, is me-centered, as well. So there are dangers that come in potentially implementing a “radical” message in me-centered ways. But with that said, I am deeply encouraged with the ways I see many people in the church realizing, “Okay, if God’s grace is really this amazing, and if God’s Word is really our authority, then we can’t help but to give our lives making this gospel and God’s glory known where we live and to the ends of the earth, no matter what it costs us in our lives, our families, our possessions, our dreams, and our ambitions.” This kind of grace-driven, gospel-saturated living is extremely encouraging to see in many Christians and churches.

DP: In Radical, I sought to expose values and ideas that are common in our culture and in the church, but that are antithetical to the gospel. My aim was to consider what in this world that we need to let go of in order to follow Jesus. The purpose of Follow Me is to take the next step. I want to move from what we let go of to whom we hold on to. I want to explore not just the gravity of what we forsake in this world, but also the greatness of the one we follow in this world. I’m convinced that scores of people here and around the world culturally identify themselves as Christians who biblically are not followers of Christ. As a result, my goal is to expose what it means to die to ourselves and to live in Christ.

JM: For the average American evangelical who believes they are saved because they’ve said the Sinner’s Prayer, what does it take to become a true disciple?

DP: In the book, I try to show that the call to follow Christ is not merely an invitation to pray a prayer, but a summons to lose your life. Now this certainly doesn’t mean that praying a prayer for Christ to save you from your sin is bad. It’s biblical (Romans 10:9-13). But the problem comes when we equate conversion with simply saying certain words or even assenting to certain truths, things that can happen completely apart from heart change and without considering the cost of following Jesus. Becoming a follower of Jesus is not a formulaic ritual as much as it is a life transformation. In the end, I want to define biblically what it means to become a true disciple, which means we repent–turn from our sin and die to ourselves–and we believe–trust in Jesus as Savior and Lord.

JM: How do you hope Follow Me will impact readers?