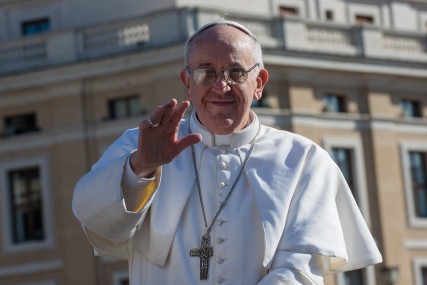 A flurry of excitement has attended the Vatican’s April 1 announcement that newly installed Pope Francis will embark on an ambitious international plan to wash the feet of every person on Earth.

Galvanized by last week’s successful, if controversial, footwashing experiences with Muslim prisoners and young women, Pope Francis has declared that all human beings deserve to have their feet washed so that the Roman Catholic Church can follow in the tradition of its founder and head, Jesus Christ.

The logistics of the plan are daunting, however, not only because of the sheer numbers of people involved—there are more than 7 billion people on the planet—but also because the pope insists on taking public transportation to reach every one of them.