(RNS) Desmond Tutu, the former Anglican archbishop of Cape Town, South Africa, who won a Nobel Peace Prize for his battle against apartheid, has won the 2013 Templeton Prize, which is billed as the most significant award in the field of spirituality and religion. 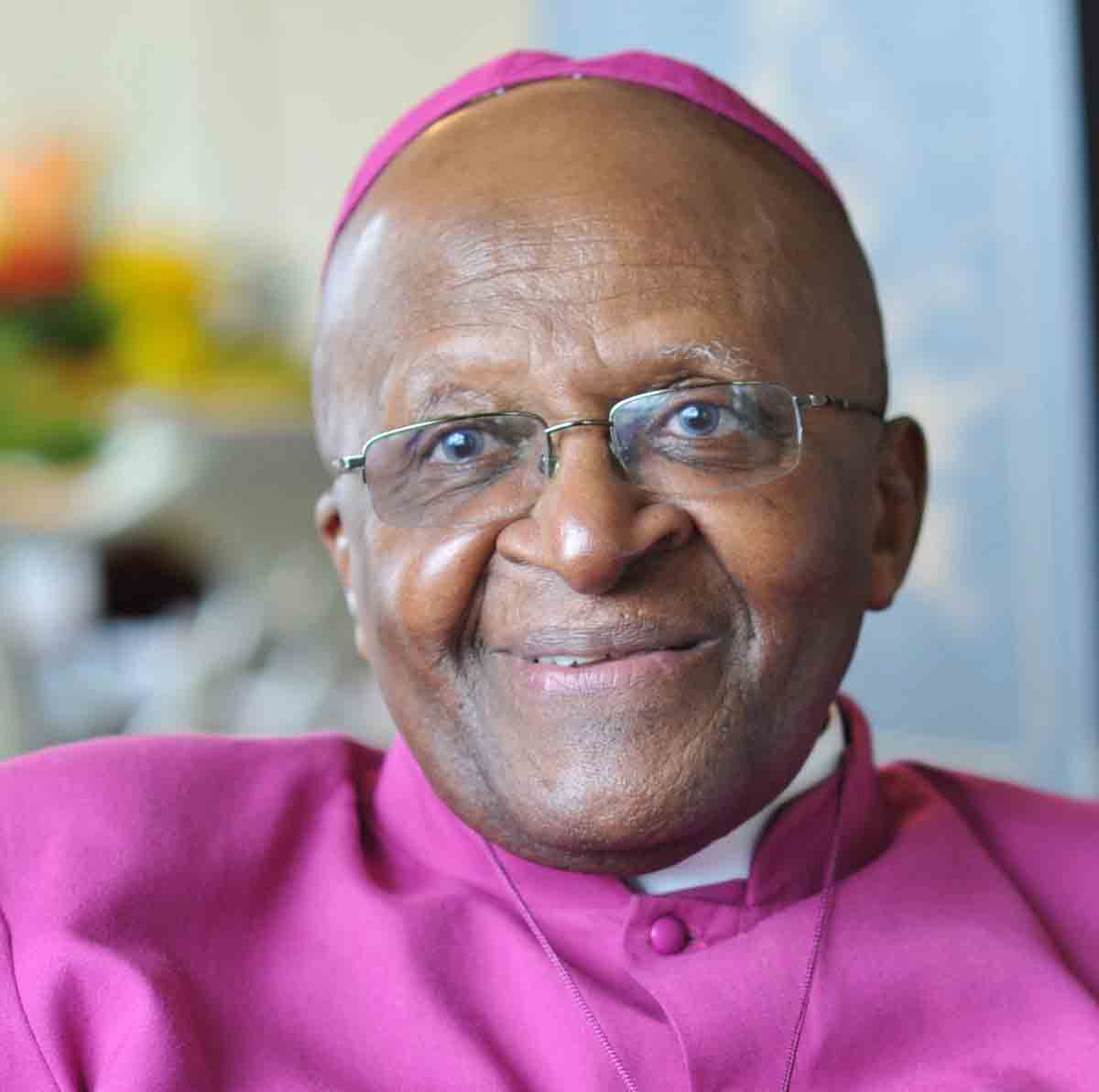 Tutu, who has not been afraid in recent years to criticize leaders in his country and across Africa for humanitarian and political shortfalls, was cited for his work in advancing the cause of peace and the spiritual principles of forgiveness.

“By embracing such universal concepts of the image of God within each person, Desmond Tutu also demonstrates how the innate humanity within each of us is intrinsically tied to the humanity between all peoples,” Dr. John M. Templeton, Jr., the president and chairman of the John Templeton Foundation, said in a video statement released Thursday (April 4) announcing the $1.7 million award.

“Desmond Tutu calls upon all of us to recognize that each and every human being is unique in all of history and, in doing so, to embrace our own vast potential to be agents for spiritual progress and positive change. Not only does he teach this idea, he lives it.”

Tutu is the second Nobel laureate to win in as many years; the 2012 prize was given to the Dalai Lama. The back-to-back wins by high-profile religious leaders signal a shift for the Templeton Prize, which in recent years had gone to little-known physicists and theologians.

Indeed, the prize seems less focused on bridging the divide between religion and science and instead is intended to honor those who have “made an exceptional contribution to affirming life’s spiritual dimension, whether through insight, discovery, or practical works.”

Tutu, 81, said he was “totally bowled over” by winning the prize.

“I want to say a very big thank you but I would also like to acknowledge the fact that … when you are in a crowd and you stand out from the crowd, it’s usually because you are being carried on the shoulders of others,” he said in a video statement.

“Therefore if you will let me, I want to acknowledge all the wonderful people who accepted me as their leader at home and so to accept this prize, as it were, in a representative capacity.”

Cape Town’s St. George’s (Anglican) Cathedral, which became known as “the people’s cathedral” when Tutu served as Anglican archbishop from 1986 to 1996, will host a celebration of the win on April 11. The award itself will be presented at a May 21 ceremony at the Guildhall in London.

The prize has been the world’s largest annual monetary award for the past four decades. Previous high-profile winners include evangelist Billy Graham (1982) and the late Mother Teresa (1973).

In nominating Tutu for the honor, Steven Gish, a professor of history at Auburn University in Montgomery, Ala., said Tutu continues a tradition that undergirds the prize, which was initiated four decades ago by the late Sir John Templeton, an investor and philanthropist, to honor living persons who have “made exceptional contributions to affirming life’s spiritual dimension.”

“To borrow Sir John Templeton’s words, Archbishop Desmond Tutu is a true ‘entrepreneur of the spirit,’” Gish said. “With his unfailing faith in ‘God’s dream,’ he embodies the best instincts of us all.”

In his remarks, John M. Templeton, Jr. said the judges believed that “Tutu’s steadfastness to core Christian principles such as love and forgiveness has broken chains of hurt, pain and all too common instincts for revenge, and instead, has advanced the spiritual liberation of people around the world.”

Following years of activism against apartheid and national elections in 1994 that elected a black majority government, Tutu headed South Africa’s Truth and Reconciliation Commission, charged with examining the sins of apartheid and fostering reconciliation between the nation’s black and white citizens.

Since then, Tutu has been an outspoken advocate on a host of peace and  justice issues, including support for gays and lesbians facing harsh discrimination in the church and across a number of African countries.

“We inhabit a universe … where kindness matters, compassion matters, caring matters,” he said in his video remarks. “This is a moral universe and right and wrong matter.  And mercifully, gloriously, right will prevail.”