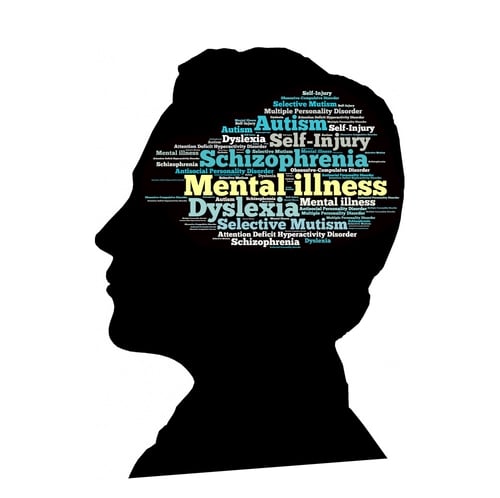 Does the compassionate response to Matthew Warren's suicide demonstrate that the public conversation about mental illness might be changing?
April 9, 2013
Jana Riess

Does the compassionate response to Matthew Warren's suicide demonstrate that the public conversation about mental illness might be changing?

I was deeply saddened on Saturday to learn of the death of Rick Warren's youngest son Matthew, age 27. After a lifetime of struggling with mental illness, Matthew Warren shot himself, devastating his family and friends.

In this tragedy, though, I’m discerning a palpable shift in how America is dealing with news of mental illness and suicide.

In past years I’ve seen parents who are already berating themselves for the suicide of a child then be forced to bear the additional stigma and judgment of others who simply did not understand the terrible misfortune that is mental illness.

And “misfortune” truly is the word I want to use here. Just as physical illness is no respecter of persons, mental illness can strike any family in any situation at any time. It is nobody’s fault.

Because there is a history of mental illness in my family, I’ve taken pains to educate myself about it and the pain it causes. There is a great deal of helplessness because of how little we can do for our loved ones who struggle with chronic depression, schizophrenia, bipolar disorder, or other difficult mental illnesses. That helplessness is only exacerbated by other people's judgments when they don't understand that mental illness is not something we can easily control, although it can sometimes -- in lucky persons -- be treated.

A couple of years ago I took an excellent NAMI class with about 20 other people who wanted to learn how to help family members suffering from mental illness. Some of the most difficult stories were of parents who were watching their adult children fall into the dark hole of depression. These parents were deeply concerned about the possibility of suicide, but limited in what they could do. Parents cannot force their adult children to take medication, see a psychiatrist, or get medical help. As I listened each week to these parents’ stories, my heart broke for them.

My heart also breaks for the Warren family, and my prayers are with them as they seek to pick up the pieces of this devastating loss. As I have followed the story, I've been bracing myself for evidence of ignorant trolls who blame the Warrens for their son’s death.

I haven't seen much of that, however (despite some invasive rumormongers and the usual minority voices casting stones about the eternal fate of people who commit suicide). Instead I have seen mostly messages of compassion. Over the weekend Rev. Warren said that he was overwhelmed by loving messages, letters, and notes from people praying for their family.

It may be that our nation’s awareness of mental illness is changing. On Sunday at my church’s General conference, one of the most uplifting messages was from President Dieter Uchtdorf, whose theme was finding light in the darkness. He gave an example of a woman recovering from abuse. In her search for healing, he said, she sought medical help and counseling in addition to relying on her faith to shore her up. Such a simple thing, but I appreciated the matter-of-fact way Pres. Uchtdorf pointed to faith and professional treatment working hand-in-hand for a successful outcome.

My church is not always this open. As recently as last year, the LDS adult curriculum manual focused on the teachings of former church president George Albert Smith (1870-1951) but entirely omitted any mention of the fact that Pres. Smith suffered deeply from depression. When he was in his early forties and serving as an Apostle, he suffered a nervous breakdown that lasted around three years. During this time he was unable to work, give public addresses, or sustain the grueling travel schedule of a general authority. Despite numerous blessings from fellow apostles and an extended “rest cure,” his mental and physical symptoms continued unabated from 1909 to 1912. For five of those months, he was in bed in St. George, Utah, unable to change out of pajamas.

None of this psychiatric history was mentioned in the sanitized curriculum, despite the comfort that such knowledge could have provided to LDS members who, like President Smith, have experienced crippling depression.

For millions of people -- those who suffer from mental illness and those who love them – honest acknowledgment of their struggle goes a long way toward removing the stigma and healing the pain.

This weekend, in reaching out to the Warren family without judgment or censure, our nation may have turned a corner in that effort.

Note: America’s Mental Health Awareness Week will take place on May 13-19, 2013. This is a terrific opportunity to learn more about mental illness and those who suffer from it. To that end, I highly recommend the National Alliance on Mental Illness (NAMI) for its commitment to grassroots mental health education. Most of their local chapters offer classes that are free and open to the public.

The mental illness word collage is used with permission of Shutterstock.com.