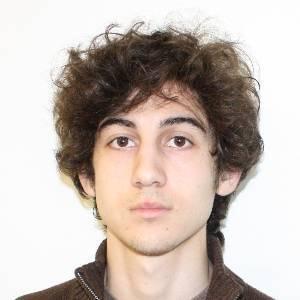 Dzhokhar Tsarnaev, the second suspect in the horrific Boston Marathon explosions has been apprehended.    Presumably, we can take a break from round-the-clock coverage of the chase that has consumed the nation.    Less than 24 hours ago, no one had heard of the Tsarnaev brothers.    That’s almost literally true:  even their uncle had not heard from them in years.    Now they are macabre celebrities whose every online trace is being analyzed for any clue as to what might have led them to commit such atrocities.    The breathless analysis of the 24-hour news media continues to offer theories and half-baked motivations even when the basic facts have not been yet gathered.

Here are ten basic points that we would all do well to keep in mind as we try to make sense of a world that seems to be in need of sanity and compassion.

1)    Those who know the suspects best say that this had nothing to do with being Chechen, or with Islam.

Ruslan Tsarni, the suspects’ uncles, went to meet the national media, and gave a powerful, honest, and passionate presentation.   He encouraged his nephew, Dzhokhar, to turn himself in.  He also called his own nephews “losers,” and stated that this atrocity had nothing to do with being Chechen or Islam.  Tsarni spoke powerfully about his love for America, and how silly it is to associate this crime with an ethnicity or religion.   Tsarni also encouraged Dzhokhar to beg his victims for forgiveness.

2)    The experts you see on TV opining on Chechnya and the Chechen people do not know anything about Chechnya.

Chechnya is a fairly remote region.   There are few people on TV with actual expertise about Chechnya.   Most of these “instant experts” go to Wikipedia to get their information.  Because of the 24-hour news media, we now have created a cult of instant experts who need to be able to fill the airways now about Iraq, now about Afghanistan, now about Chechnya, without necessarily having set foot on these places, knowing their languages, their history, or spoken with their peoples.    Complex geo-political realities are collapsed into cliché tropes of “jihad” and “terrorism.”   The late Edward Said made this same point 30 years ago for the first time.  It is even more true today with social media and the fake experts paraded on Fox and elsewhere.

Here is one simple revelation: Read the Wikipedia page on Chechnya, and then see how many of its phrases show up in the sound bites of these instant experts.

So where can one turn?   It’s not perfect, but as a starting place for Chechnya start here and here.    If you can handle satire on such heavy occasions, The Onion pretty much nails it.

3)    The power and danger of social media

We do live in amazing days, when people are putting on Twitter the content from police scanner before the TV news sources have reported it.    Yes, the information from social media called into the FBI doubtlessly helped identify the suspects.     Amazing power there.

And yet this powerful tool also goes wrong, horribly wrong.   This tool produces victims and violence of its own.

In the early morning hours of Friday, the suspicion focused on Sunil Tripathi, an Ivy-league graduate philosophy student of Indian background who has been missing for weeks.    Imagine the horror of his family, who has not heard from their loved ones for weeks, only to see his name and image all over national TV.    It turns out it was all a false alarm, on to the next suspect.    Never mind.  No hard feelings.

4)    The two brothers do not exactly fit the model of pious Muslims.

We are very much in the early stage of piecing evidence together: the few isolated quotes we have from the two brothers so far suggests that they were not particularly practicing, before having a “conversion” experience connected to jihadist rhetoric associated with Australian extremist Sheikh Feiz, etc.

While many of the sites are busy trying to connect the despicable actions of the bombers to Islam or Chechen ethnicity, at least one important clue seems to be in the same alienation that characterized many mass murderers such as Adam Lanza and the Columbine shooters.

“I don’t have a single American friend, I don’t understand them.”

We have a lot of questions to ask, and seek for answers, trying to sort out how it is possible to live in a society where people can be so disconnected and cut off from the human beings next to them.    Obviously very few Americans go around blowing people up.  But that alienation, combined occasionally with mental illness, is a bigger problem than we are willing to confront at this moment.

Another scholar, Juan Cole, offers an intriguing theory of a broken family dynamic, focused around tensions between the two sons and their father.

No matter what the experts on TV say, and for that matter what the two brothers might have said, here is one simple fact.   Islamic law does not permit the random, indiscriminate killing of civilians.     It is categorically forbidden.     The Prophet Muhammad himself forbade the killing of women, elderly, civilians, and religious leaders.

Over the next few weeks we will undoubtedly learn much more about the two brothers, but we should not conflate their deranged motivations and the teachings of the Islamic tradition.    Period.

Muslim organizations immediately condemned Monday’s atrocities, and have set up a fund for the victims.

As everyone is of course fully aware, there are some Muslims who engage in terrorist activities.   There are also some Jews, some Christians, some atheists, some Hindus, etc.   No religion has a monopoly on hatred and idiocy, and no religion has a monopoly on love, compassion, and beauty.    Rather, my point is quite simply this: Even in those cases (including this one, if the judicial process proves it to have been one) that some Muslims engage in terrorist activities, they do so over and against Islamic teachings about the sanctity of human lives that prohibit the violation of shedding civilian blood.    These prohibitions go back to the very example of the Prophet.

Muslim terrorists (and all perpetuators of violence and oppression) deserve to be studied carefully.   However, to depict them as embodying the essence of Islam (as Islamophobic forces routinely do) is precisely to grant them the very legitimacy that they crave.   They neither possess nor deserve this legitimacy.

We are already seeing the calls by right-wing fanatics seeking to use this tragedy to advance their own political causes.    The same congressman (R-NY) Peter King who had lead embarrassing and inaccurate Muslim witch-hunts on the House is now calling for increased profiling of Muslims.

We have also seen our elected officials such as Lindsay Graham (R-SC) opining that the suspect should not be afforded his full constitutional rights.   In fact, Dzhokhar did not get to hear his Miranda rights.   Yes, we are all delighted that he was captured, but the skipping of legal rights hurts all of us.

After Dzhokhar was captured, the Boston Police department sent out a Tweet:
““The hunt is over. The search is done. The terror is over. And justice has won. Suspect in custody.”

As usual, Glenn Greenwald puts it as clearly and powerfully as possible here.

It has already begun.  We have already seen a number of attacks on Muslims in America who had absolutely nothing to do with Monday’s atrocities—that is to say, every person in America not named Dzhokhar and Tamerlan Tsarnaev.

A Bangladeshi man was attacked in Bronx as he stepped outside of an Applebee’s.     The attackers shouted ““f–king Arab” as they savagely beat him.   [Bangladeshis are not Arab, and for that matter neither are the Chechens.]

A Syrian woman was confronted as she was going for a walk in Malden, Massachussetts.   Heba Abolaban, who is a physician, was heading with her daughter in a stroller to a play date.   A man walked up to her, punched her in the shoulder, and shouted at her:  “Fuck you. Fuck you Muslims, You are terrorists, you are the ones who made the Boston explosion.”

The tendency to associate crimes committed by one person with an entire community (ethnic or religious) is particularly harmful for people of color, and directly related to our next item:  white privilege.

There had been so much speculation before the suspects were apprehended about their background and motivation.   The best of these reflections was:  “Please don’t let it be a Muslim.” 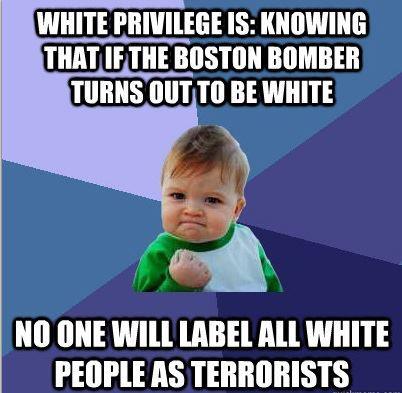 What happens now matters.  How we as a nation move forward is critical.    Do we turn our attention where it belongs, on comforting and healing the victims of Monday’s attacks, and do we allow a fair and legal process to bring charges against the captured suspect?

Do we turn into an angry mob accusing all Muslims of a crime that two men committed?
Do we turn this into an anti-Muslim, anti-immigrant hysteria?

Or, do we insist that we as a people are better than what we have been through?
Do we want to be heroes, like the ones that put their own lives on the line on Monday, and again in apprehending the suspects?
Or do we give in to unjustified bloodlust?

The basis of the American criminal system is that we evaluate people for what they do, not for who they are.    As one source put it, it’s about verbs, not adjectives.     Let’s keep it that way.      It’s about criminal actions, not their ethnicity or religion.

We have seen plenty of heroism these last few days, from the Boston police force and First Responders on Monday, to Uncle Ruslan’s humane and passionate response in seeing his own family members implicated in horrific crimes, to the work of the FBI in tracking down Dzhokhar without creating new victims.

Monday’s chapter was written.
Our response is yet to be written, and we are its authors.
Let us hope and pray that we are up to responding in a way that offers a beautiful reflection of our character.

I hope we remember the beautiful viral response from Patton Oswalt after Monday’s bombings.

“So when you spot violence, or bigotry, or intolerance or fear or just garden-variety misogyny, hatred or ignorance, just look it in the eye and think, “The good outnumber you, and we always will.”

I hope we remember the powerful singing of the national anthem after the Boston Bruins game.

I hope we remember Uncle Ruslan: 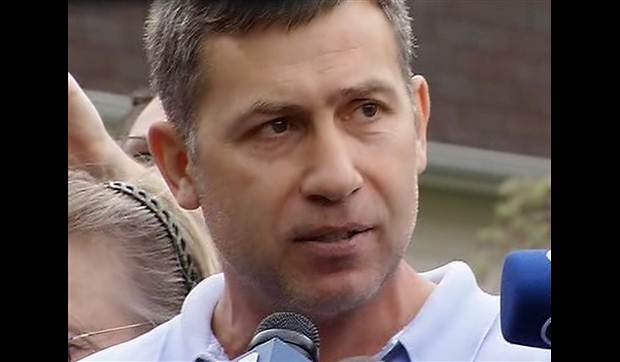 “I teach my children.
This is the ideal micro-world in the entire world.
I respect this country.
I love this country.
This country which gives chance to everybody else to be treated as a human being and to just to be human being.
To feel yourself human being.” And I hope we remember Martin Richard, the beautiful 8-year old victim of Monday’s bombing: