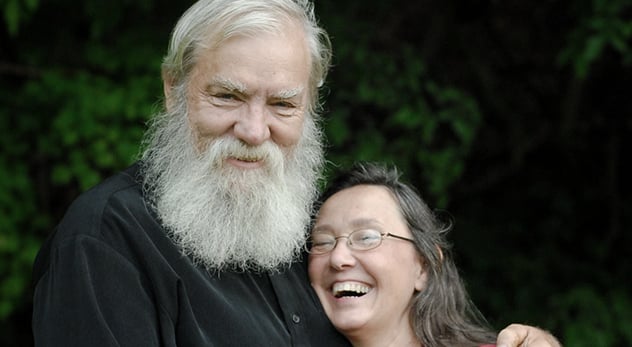 Michael and Debi Pearl of “No Greater Joy Ministries” may not be as influential among Christians as some presume, but their teachings are still dangerous and deplorable.

In Kathryn Joyce’s Mother Jones article published last week, she offered a series of stories that she believes prove evangelical Christians have “orphan fever.” That is to say, a contagious illness is infecting American churches that is harming children by placing orphans in abusive Christian homes so they can be proselytized.

In my response to her article, I did not deny that her stories and examples were truthful or accurately reported. From all I can tell, Joyce is a solid reporter who has gathered stories from various sources on the topic, and I look forward to reading a fuller treatment of the topic in her forthcoming book. But I did (and do) question whether or not the stories told in her article are representative of the large and diverse Christian community in America. One comment I made particularly rankled readers:

“And [Joyce] references a self-published book, To Train Up a Child, by Michael and Debi Pearl, two pastors I’ve never heard of.”

I received numerous emails, tweets, and comments after my response ran informing me that the Pearls were far more influential than I realized. After poking around, I noticed that the Pearls have received some fairly high level media coverage over the years, though of course, hearing about someone or something doesn’t equal influence. So I decided to do some more research.

One of the primary pieces of evidence cited for the Pearls’ influence is the book sales of their self-published work, To Train Up a Child. Joyce herself notes that it “has sold nearly 700,000 copies,” a figure cited in other places as well that seems to originally emanate from Wikipedia. This an impressive number when you first read it, but where does it come from?

As something of a student of the publishing industry, I know that a book’s sales numbers can be hard to track down. Since 2001, the industry has looked to Nielsen Bookscan, which records any books purchased through about 80% of America’s retail outlets and book stores. For example, books bought through Amazon, Barnes and Noble, and the now-defunct Borders, all report to Bookscan. So what are the Bookscan numbers for To Train Up a Child? As of the end of last week, the lifetime sales reported were—drumroll please—9,579.

Granted, this number only represents sales since 2001, and the book was published in 1994. Additionally, Bookscan does not record Christian bookstore sales, which were presumably where many of these books were sold. Christian publishers say that in order to get a more accurate sales figure of their titles, you should double or even triple the number to estimate how many sold in both secular and Christian markets. If we take the more generous recommendation, that leaves us with an industry estimate of 28,737 total sales from all retail outlets since 2001.

So where does this “nearly 700,000” figure come from? Did the Pearls sell approximately 650,000 books between 1994 and 2001, but only 28,737 between 2001 and 2013? No one knows, though it seems unlikely. Had the book been traditionally published, we could just call up the publisher and ask for a sales report. But in this case, the publisher is the Pearls’ “No Greater Joy Ministries.”

Even if nearly 700,000 units have been printed and released to the public—and there is no way to verify that with any level of accuracy—it still may not tell us what some think it does. I’ve spent enough time around Christian ministries to know how easy it is to inflate self-published book “sales.” For example, a ministry might raise money for a campaign where they purchase a random mailing list for Christians and send their founder’s book (which they may purchase for as little as $1.00) to each address. These books weren’t purchased or even requested, and there is no reason to believe that any of the thousands of books mailed were ever read. But they will show up as product sales in the ministry records.

While Joyce et al may trust the self-reported sales number, it is simply not reliable enough to construct an argument about their influence.

That led me to the second piece of evidence presented to me as an indication of the Pearls’ influence: their ministry financial records. “No Greater Joy Ministries” takes in more than one million dollars annually. (It’s important to note that the last year on record that I can find is 2010-2011, in which the ministry ended up almost a quarter of a million dollars in the red).

Again, this number sounds pretty impressive at first. For those of us who earn an average wage, a million dollars a year sounds like lottery-level income. But in the world of evangelical Christian ministries, it’s not nearly as impressive.

For example, I looked at some of the ministries around where I live in metropolitan Atlanta, GA. Crown Financial Ministries, a financial stewardship ministry less than 10 miles from where I live, reports annual revenue of more than $23 million. Adventures in Missions in Gainesville, GA reports $15.4 million in annual revenue. Dr. Michael Youssef’s “Leading the Way” and Chip Ingram’s “Living on the Edge” report annual revenues of 13.5 million and 6.5 million, respectively. South of my home, MAP International in Brunswick, GA reports $140.4 million in annual revenue.

Or we might look at a truly influential evangelical, Charles Stanley, whose “InTouch Ministries” is headquartered not far from where I live. With approximately $90 million in annual revenue, InTouch collects the Pearls’ total annual receipts every four days, on average.

You may or may not have heard about any of these ministries or leaders—which don’t include some of the more notable national ministry giants, such as Joel Osteen and Joyce Meyer—but they give you an idea of what evangelical Christian organizations look like from a financial standpoint. If the Pearls’ “No Greater Joy Ministries” were based outside of Atlanta, we can surmise they might be listed somewhere in the bottom quarter of evangelical ministries in the metropolitan area of our city alone.

This information is even less helpful when you consider that we don’t know the breakdown of their funding sources. If one donor gave a one million dollar gift, for example, it means something altogether different than if one million donors gave a one dollar check. Their annual revenue is unhelpful at best, and at worst, undermines the arguments it is being used to make.

This says nothing of the social media reach of “No Greater Joy Ministries” (14,168 Facebook “likes” and 524 Twitter “followers”), which can easily be compared to other evangelical leaders and ministries. And it doesn’t explore the type of crowds they draw at their events. Their “Big Texas Shindig” event, for example, shows 109 people registered through Facebook for the October 2012 event. That’s less than the attendance of some Sunday School classes at many evangelical mega-churches.

What does all of this tell us? It says that while the Pearls may have some amount of influence, it is disproportionate to the amount of space many writers have given them in articles, and it says that pretending that they or their book or their ministry are influential among evangelicals on any large scale is, frankly, disingenuous.

Do they have some influence? Yes.

Are they as influential as some believe? No.

Can we assume that their beliefs and views represent a sizable faction of the larger American Christian community? No.

But that leaves us with a more important question. Even though the Pearls are not as influential as some contend, there are some who have taken the Pearls’ teaching very seriously. So just how harmful are the Pearls and their teachings?

The answer to this question, in my estimation, is very harmful.

The Tennessee couple advocates using “switches” to spank children as young as six months old. They encourage parents to use belts or even plumbing tubes to beat children into submission. Their teachings have been linked to the physical abuse of many children and multiple deaths, including one seven-year-old who was beaten to death by her parents with plastic tubing for apparently mispronouncing a word.

This kind of behavior is deplorable. It is vile. And I’m embarrassed that any who bear the name of Jesus Christ have put a single dollar into their bank accounts. People like the Pearls give others who follow Jesus a bad name.

In the end, I’m grateful to have been urged by readers to investigate this couple and their beliefs. My research tells me that though their impact may be smaller than some presume, the depravity of their teachings far exceeds their influence. The Pearls do not represent the vast majority of Jesus-followers in America, and Christians everywhere should prove it by repudiating their teachings.