[Comments for this blog have been disabled pending review.]

Tragedies and triumphs stir our souls.  Whatever is buried deep below bubbles to the surface, and reveals itself.

For some, it is a heroic self-sacrifice that they may hitherto not known they were capable of till that very moment.   For others, it is not so deeply buried prejudice and hatred.

We have focused a great deal—and rightly so—on the heroic actions of the First Responders, the ordinary people, and the Boston police department.

But let us also take a moment to think about some of the naive and misguided ignorance** that is now also apparent and public.  The purpose is not (merely) to expose, but rather to shine the light on areas of shortcoming that we, all of us, will have to deal with if we are to get to a more beautiful place than we are right now.***

Yes, we could make up this entire list from Fox News.   But in the interest of being “fair and balanced”, I tried to spread the love around.
So here we go:  Five dumbest things (so far) said about the Boston Marathon explosions.

1) Ann Coulter, Fox News Ideologue, on how Muslim women “ought To Be In Prison For Wearing A Hijab…”

Coulter is of course known for a whole set of famous comments, stating that when it comes to Muslims, “We should invade their countries, kill their leaders and convert them to Christianity.” 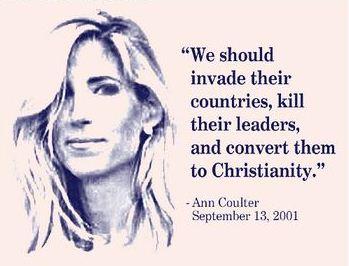 Ann Coulter: Invade Muslim Countries and Convert them to Christianity

Well, Ms. Coulter is at it again.   This time her comments about comments about Katherine Russell, the wife of the dead Boston marathon suspect Tamerlan Tsarnaev.  Ms. Russell is not in any way suspected of being associated with any criminal activity, and her family has already released a statement stating that they, like everyone else, were in the dark about the crimes Tamerlane is accused of doing. 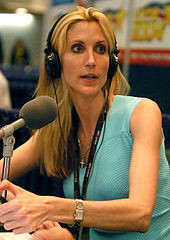 So how is Ms. Russell offending Coulter?   It is that Ms. Russell converted to Islam a few years ago, and has chosen to wear a head-covering when she is in public.   Ms. Russell wears a form of head-covering (hijab) in public, as many Muslim women do, as many Orthodox Jewish women do, and as many Christian women used to do until not too long ago (and nuns still do).

This, choosing how to dress, is the crime for which Ms. Coulter thinks Ms. Russell (and presumably other Muslim women) should go to prison.

If living in a free society means that you are free to dress as you like and get on Fox and voice your admittedly ignorant comments, those same freedoms mean that Ms. Russell, like other citizens, are free to dress as they like and believe what they want.     You can no more negate their rights without stripping yourself of yours.

Not being content to stop her rant with hijab, Coulter proceeded to ask of Ms. Russell “Did she get a clitorectomy too?”

Fortunately, there was a wonderfully gracious response from many Muslim women.
2)    Geographically challenged Americans

Apparently many Americans cannot tell the difference between Chechnya (a land-locked republic of former Soviet Union, currently a Russian federal subject) and the Czech Republic (an East European country).

Someone has had even had the good sense to compile a list of tweets revealing this sad if humorous confusion: 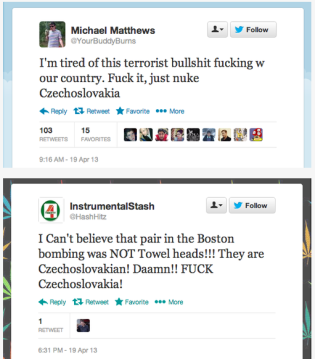 Yes.  “Public Shaming” indeed.    The lack of knowledge of many Americans about the broader world is somewhat legendary.

Now combine that lack of awareness about the world with anger, and desire to want to inflict damage on people (as in “nuking” people, even if it happens to be, well, the wrong people), and the combination is shall we say not revealing the best face of America.

By the way, a few geographically challenged Americans were calling for nuking a country, Czechoslovakia, which has not existed since 1993. 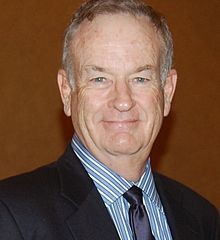 “They hate our culture, they hate our way of life. They hate that our women’s boobies get bigger, our swimming pools get deeper, and we’re building skyscrapers and bridges. Allah is supposed to take care of all this decadence, but Allah never does, so they take it upon themselves.”

I wonder who the “they” are:  The Tsarnaev brothers?  1.5 billion Muslims around the world?  Chechens?  Terrorists?   All the above?  Or perhaps it doesn’t matter in Carolla’s provincial worldview, as long as they are some “imagined” other.

And for the “our” in Carolla’s statement (“they hate our culture”), I wonder about the reference there as well.     Who is the “we” here?  Fox news?  America? Maybe, just maybe, not all Americans have inflated boobies, ever-deeper pools, and skyscrapers.

For that matter, I wonder if Carolla has googled the tallest buildings in the world.   (just wonderin’).  Hint:  It may not be where he thinks.

I also wonder about Carolla, an avowed atheist, singling out “Allah.”   Could it be that he is hesitant to reveal to Fox’s conservative base that he disavows “their” Christian God as well?   Fox News loves to accuse Muslims of “Taqiyya” (hiding their true religious intentions).  I wonder if one could speak of “atheist taqiyya”?

Never mind.
Some comments are so idiotic that that are perhaps not worth the breath needed to dissect, analyze, and refute them.    Let’s just say that these comments reveal more about Carolla’s shallow misogynist materialism than they tell us anything about any one else on the planet.  And shame on Bill O’Reilly for allowing them to go on unchallenged.

In breathless “analysis,” Nomani opined that the she had the courage to talk about what other Muslims know about but are too “politically correct” to admit: that the “increasing use” of phrases like insha’allah (“God-willing”) by Muslims is a “code inside the community for someone who is becoming hardcore.

“It doesn’t mean that they’re becoming violent or criminal,” she said, “but it’s a red flag.” * [SEE EDITOR’S NOTE BELOW] 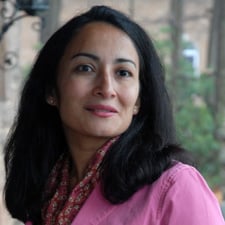 One wonders how often Ms. Nomani has actually been around real practicing Muslims, whose daily language is imbued with reminders of the Divine:

If you ask most Muslims “How are you?”
You might hear:  “Praise be to God (Alhamdulilah), I am doing well.”

If you ask most Muslims “Will I see you tomorrow?”
You might hear:   “If God wills it (insha’Allah), I will be there.”

The use, and increased usage, of phrases like Godwilling (insha’allah) is not a sign of radicalization, but merely one of piety.   In the Qur’an, God enjoins upon Muslims:  “never say I will do such-and-such tomorrow without adding If-God-wills-it-so…’”  [Qur’an 18:23-24]

If such phraseology sounds “stuffy” to some ears, it is (or was) a part of the Christian tradition as well.  The Epistle of James (4:15) includes the following injunction:

For that ye ought to say, If the Lord will, we shall live, and do this, or that.

If the Lord will…
God-willing.
Insha’allah.

Uttering these phrases makes one neither a Christian radical nor a Muslim radical, but simply a person who recognizes that we, by our own selves, can do nothing.   We acknowledge that our life, breath, soul, and will, are all dependent on God.

Then again, I am not sure how much to expect from someone like Asra Nomani who uses her position of access in media to argue that Muslims should be racially profiled.

5) Many, many Republican officials across the country

Oh sweet Jesus, get in line here, for it’s a looooong queue.  Where to start?
Do we go with Republican New York sen. Greg Ball who argued for the use of torture?

“And it comes down to this,” Ball said. “When you talk about terrorism, information matters. And if getting that information, including torture, would save one innocent life – including, that we’ve seen, children – would you use torture? I can tell you I would be first in line.”

That, in spite of the fact that the government’s own bi-partisan report issued recently states that torture has “no justification”, and that this practice of torture “damaged the standing of our nation, reduced our capacity to convey moral censure when necessary and potentially increased the danger to U.S. military personnel taken captive.”    Furthermore, our own government has concluded that torture does not actually produce accurate results, and there is no evidence that information obtained by torture could not have been obtained by legal means.

Do we go with the North Carolina’s own Michele Presnell who equated Islamic prayer with “Condoning terrorism”?

Do we go with the California Republican Congressman Dana Rohrabacher who stated that Islam as a whole represents a threat to the United States:
Here is the Congressman in his own words: 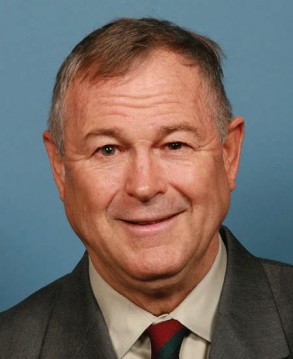 “I hope we all work together against a religion that will motivate people to murder children and other threats to us as a civilization.”

Or should we go to other zealots who have talked about isolating mosques and putting them all under surveillance, when we know that the few Muslims who commit acts of terror come not from mosques.  Instead, they tend to be isolated and alienated individuals who get their propaganda from online lectures from radical overseas clerics?    In other words, we would want American Muslims to go to mosques, to have healthy and functioning mosque communities, to get their information from trained religious authorities, and to be part of a vibrant and paranoia-free community.

To put it more eloquently, listen to the words of Imam Suhaib Webb of the large Islamic Society of Boston Cultural Center:

“Radicalization does not happen to young people with a strong grounding in the American Muslim mainstream; increasingly, it happens online, and sometimes abroad, among the isolated and disaffected.”

It would be helpful if the FBI did not spend millions of dollars planting 15,000 spies in mosques to do surveillance on all Muslims, and in many cases seek to brainwash susceptible young people before sweeping in to arrest those some people.   I think there is a name for that:  entrapment.

The New York Times has a name for this type of a legal justice system as well:  a separate justice system for Muslims.
“Separate but equal” is a path that we as Americans have tried before, and we don’t want to go down that rabitt hole again.

Let us hope that shining the light on these provides us with an opportunity to heal, to remove shortcomings, and ameliorate our own ignorance.   May it be that these may be a step towards moving woundedness to healing.

Images are from Wikipedia.