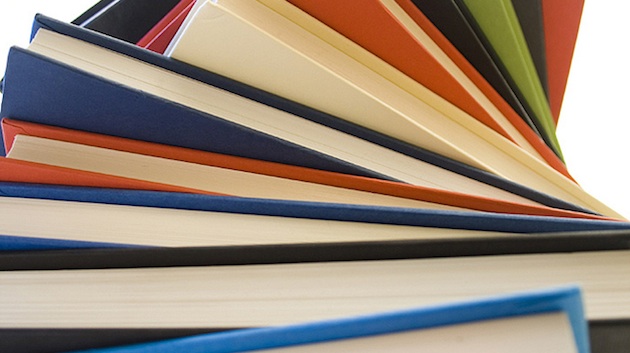 Homeschoolers stack up better than one might expect when compared to public schooled children. – Image courtesy of albertogp123/Creative Commons: http://bit.ly/ZUg6f1

Adolf Hitler and the Third Reich outlawed homeschooling in Germany in 1938, and the edict has been in effect ever since. In recent years, however, the effort to uphold this law in the country has ramped up, with the German Supreme Court stating that the purpose of the ban being to “counteract the development of religious and philosophically motivated parallel societies.”

But this foreign fight over education is now affecting Americans thanks in part to the Romeike family, who fled from Germany to the United States in 2008 so they could homeschool their children. They’ve been in a high-profile fight to avoid deportation after a decision granting them asylum was overturned. While still in Germany, the family accrued more than $10,000 in fines and the forcible removal of their children.

Germany’s decision to uphold this remnant of Nazism flies in the face of the United Nations’ Universal Declaration of Human Rights, which states in Article 26, section 3: “Parents have a prior right to choose the kind of education that shall be given to their children.” Germany’s blatant disregard of this declaration seems to underscore again just how impotent the United Nations has become, even among those who enjoy full membership and a non-permanent seat on its security council.

But Germany’s law and the struggle over family-based education is a harbinger of a conversation that I believe will undoubtedly come to America in the near future. While it is difficult to imagine the United States government outlawing homeschooling altogether, decisions will need to be made that will determine how easy or difficult it might be for a family to choose this option.

So where should religious people stand on homeschooling?

Though I’ve always believed in expanding personal freedoms whenever possible, I’ve found myself favoring greater restrictions on homeschooling in recent years. This position has been influenced by my sixth grade year of education when I and my two brothers were homeschooled. Suffice to say it was not an overwhelmingly positive experience, and my parents were quick to course correct after the year’s end.

But more powerful than my personal narrative, I’ve been shaped by watching several friends who, though unqualified and uncommitted to the task, have set out to educate their own children. Their kids have not been served well—they do very little actual schoolwork, lack discipline and structure in their daily schedules, and have almost no social interaction with other children. If these children pursue a college education, they will likely enter the post-secondary world far behind the majority of their peers.

These children are not being homeschooled, but rather “unschooled.” Their educational experience is much like filmmaker Astra Taylor who recounted in the literary journal N+1, “My siblings and I slept late and never knew what day of the week it was. We were never tested, graded, or told to memorize dates, facts, or figures. … Some days we read books, made music, painted, or drew. Other days we argued and fought over the computer. Endless hours were spent watching reruns of ‘The Simpsons’ on videotape, though we had every episode memorized. When we weren’t inspired—which was often—we simply did nothing at all.”

As religious people who support the common good, we cannot sacrifice the future of our children on the altar of parental preference. Kids are one of the most valuable assets we have and we must ensure they receive quality educations. Freedom is never unlimited, and the ocean of freedom must stop at the shore of the wellbeing of our children.

But this certainly doesn’t mean that homeschooling should be outlawed or even heavily regulated. A few parents I know aren’t homeschooling properly, but this doesn’t necessarily mean we’re facing an education epidemic by allowing for the option. So I decided to do a little poking around into how homeschooled children perform overall, and here’s what I found: 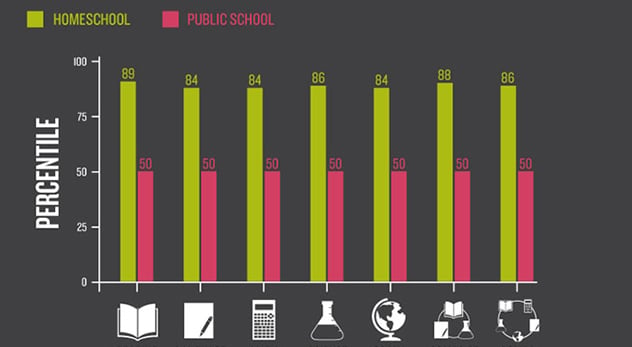 As it turns out, homeschooling seems to be more of a social good than a social ill. It’s producing smart and capable students who are performing at the highest levels. Of course, this doesn’t mean we need to abandon public education with its many perks. Instead, the performance of homeschoolers should drive us to reflect on how we can improve our public education systems for those who choose to utilize them. And it should motivate us to find ways to reduce the number of homeschooled students who are not being served well, even as we continue to provide this option for parents who choose to utilize it.

Religious persons—and not just those who are also parents—need to educate themselves on homeschooling and decide where they stand. This conversation is coming, and it is one class in which we can’t afford not to do our homework.