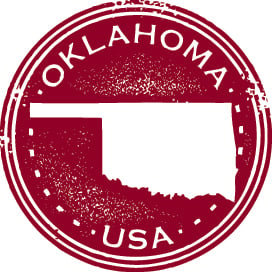 (RNS) Oklahoma is probably one of the tougher places to be a Muslim in America, but Muslims have stepped in to help with the cleanup of a massive tornado that killed 24 people. 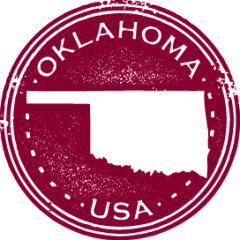 “As Oklahomans, we’re part of this community, and our hearts just break for what happened,” said Adam Soltani, executive director of the Oklahoma chapter of the Council on American-Islamic Relations, one of several Muslim groups collecting donations.

“We want to show the compassion and mercy that Islam teaches us.”

While several states have passed laws forbidding courts from considering Islamic law, or Shariah, in their decisions, Oklahoma is the only one to have done it twice. The Grand Mosque of Oklahoma City has been vandalized twice in the last two years, most recently on April 27.

A police captain in Tulsa even went to court to avoid having to attend a "Law Enforcement Appreciation Day" at the Islamic Society of Tulsa.

While Muslim-American organizations have routinely provided emergency aid following natural disasters, the Oklahoma tragedy is special because of the anti-Muslim sentiment in the state. Rather than retreating, however, Muslims increased their outreach, convinced that when Oklahomans meet Muslims, their prejudices will fade.

“I believe this helps break down barriers,” said Saad Mohammed, director of outreach at the Islamic Society of Greater Oklahoma City. “But dialogue and interaction are going to have to continue if these barriers are going to stay down.”

Mohammed was at home in suburban Moore, taking cover in a closet with his wife and teenage twin sons when the tornado bore down. Their home was completely destroyed, but the family survived.

Mohammed and his family are now staying with friends, but he’s also been involved with collecting and delivering donations. “It’s a shock, but we have to keep moving forward.”

The evening after the tornado hit, Muslim leaders gathered at the Islamic Society of Greater Oklahoma City mosque to start a Muslim community donation drive. In less than two days, they had collected thousands of food items, toiletries, bottled water, and other necessities.

The Islamic Circle of North America, an outreach group from Jamaica, N.Y., dispatched its Disaster Relief Team, which helps with debris removal and patching damaged houses. Soltani and his wife were helping with cleanup efforts less than 24 hours after the tornado struck.

“Anytime people come into contact with people of other faiths or ethnicities, it breaks down the stereotypes people have,” said the Rev. Joshua Leu of New Hope Christian Church in Oklahoma City, and a local interfaith activist. “Whenever you have a disaster like this, people come together and stop caring about those differences.”

“People don’t care if you’re Muslim or not. That’s irrelevant,” Soltani said. “It’s a testament to how Oklahomans come together when things go bad.”

Related Posts
By Shumaila Hemani
As a Sufi singer, I believe the sounds of world religions can cultivate compassion during COVID-19
By Carr Harkrader
12 Black faith leaders who shaped America
By William Kole
Interfaith group: No Buddhist or Hindu statues in nightclubs
By Caitlin Yoshiko Kandil
'I have to find the Mecca of my heart': Muslims grieve as hajj is drastically limited
By Emily McFarlan Miller
Chicago celebrates Juneteenth with interfaith march through iconic Grant Park