For the past two and half weeks, I have been traveling throughout Turkey to sacred Islamic and Christian sites with about 70 different friends.   This morning, we woke to horrific reports about the violent police crackdowns on demonstrations in Taksim area of Istanbul.
What began as an environmental protest in Gezi Park now has expanded to something bigger.
There are protests in many cities, and the police has responded with brutality. 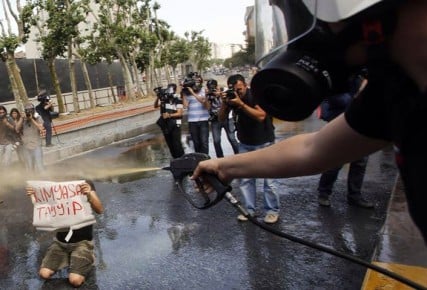 I see the police response described as “disproportionate violence”, and my heart cries out in anguish, as if there could be such a thing as “proportionate violence” using tear gas.      How I yearn for humanity to evolve to the point when we see all violence as an assault on the dignity of all of us.

A few of you have written checking about the safety of our group who’s traveling through turkey.
We are fine so far, alhamdulilah. This morning we are going to Mawlana Rumi’s resting place, and there I will pray for a peace perfumed by justice. I will pray not only for the resolution of violence, but also for the establishment of justice, which has to always be a component of any real peace.

There is some rush to label this the beginning of the “Turkish spring”, which is both understandable and seemingly premature.  At least at the moment.    The future remains unwritten.

As a person who has always supported the right of the people to demonstrate nonviolently, my heart is of course with the demonstrated.    The comparisons with “Arab spring” make me more anxious than inspired at this moment, seeing the decidedly mixed results in many other countries.   No, Turkey is not Syria, it is not Egypt, it has its own dynamics.

This is a fascinating land of contrasts:  a lingering attachment to the Kemalist legacy of Ataturk, now being ruled by an Islamic-ly leaning political party (AKP) whose leader, Tayyip Erdogan is as charismatic as he is controversial.     I am not a political scientist, and I don’t play one on TV, but to my untrained eyes it seems that these protests are mushrooming from a small localized environmental crisis to the expression of anxiety over Turkey’s present state and future. 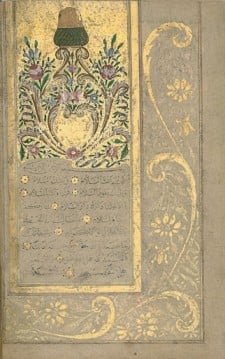 Mevlevi prayerbook “anta salam minka salam” (You are Peace, and Peace is from you.)

But let me be where my feet are.   Footsteps away from the Turbe (shrine) of Mawlana Rumi.  Officially the Mevlana Museum, since all the Sufi lodges were converted to museums after 1925 and the orders of Ataturk.     As I said, this is a fascinating, complex land.

This morning I want to pray both for the safety and wellbeing of this people whom I love so much, and also for the resolution of the anger that has simmered beneath the surface.

Ya salam, anta salam, and minka salam.
O God, you are peace, and peace is from you.

Note on Images:   The Turkish state is censoring the coverage of the Taksim protests.     As such, the main source of images about this ongoing protest are the images loaded up by the protestors on social media, intended for mass distribution.     These images are from Facebook accounts of friends that would like to remain anonymous, for obvious safety reasons.