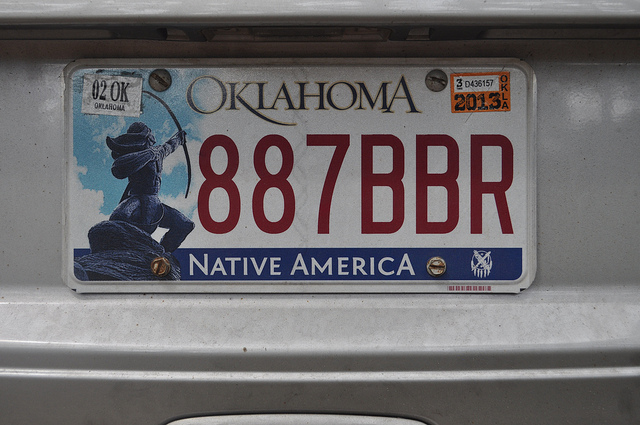 (RNS) A Methodist pastor of a suburban Oklahama City church is suing the state, claiming its license plate image of a Native American shooting an arrow into the sky violates his religious liberty. 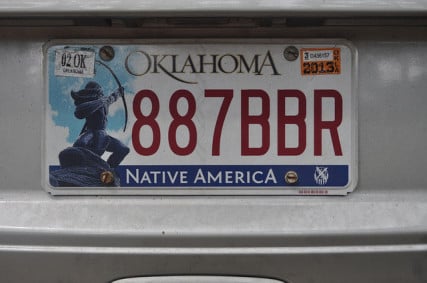 Last week, the 10th Circuit Court of Appeals in Denver ruled his suit can proceed.

The pastor, Keith Cressman of St. Mark’s United Methodist Church in Bethany, Okla., contends the image of the Native American compels him to be a “mobile billboard” for a pagan religion.

A trial judge threw out the suit. But on June 11, the appeals court ruled that Judge Joe Heaton should have recognized that Cressman’s suit contained a “plausible compelled speech claim.”

Cressman, a former lawyer, claims he can’t be compelled to use religious speech that violates his own religious beliefs.

Cressman's lawyer, Nathan Kellum of the Center for Religious Expression in Memphis, Tenn., said the First Amendment not only guarantees freedom of expression and religion, it also guarantees that people cannot be forced to say things with which they do not agree.

“My client does not believe he should be compelled to display an image that communicates a pagan practice, that of shooting an arrow into the sky to draw rain from a ‘rain god,’” Kellum said.

The image is a reproduction of a sculpture by master sculptor Allan Houser, a version of which is owned by the Smithsonian Institution. Titled “Sacred Rain Arrow,” the piece is based on an ancient Chiricahua Apache legend about a warrior who had his bow and arrow blessed by a medicine man for the purpose of ending a drought.

A committee chose the image because it is very well known in Oklahoma and sits in front of Tulsa’s Thomas Gilcrease Museum.

The appeals court ruled that Cressman had presented enough evidence to establish that the message on the license plate is a “particularized claim” that others would recognize.

Diane Clay, a spokeswoman for the Oklahoma Attorney General’s Office, said the 10th Circuit is well known for its tendency to err on the side of freedom of speech.

The state could allow the trial to return to Heaton’s court, file a petition for rehearing before the entire appellate court or petition to be heard before the U.S. Supreme Court.