(RNS) Exodus International, a group that bills itself as “the oldest and largest Christian ministry dealing with faith and homosexuality,” announced late Wednesday (June 19) that it’s shutting its doors. 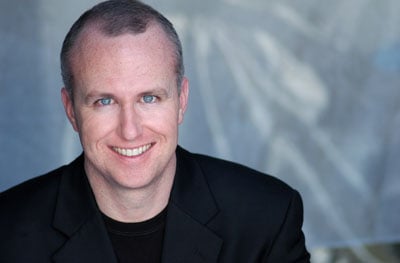 Exodus’s board unanimously agreed to close the ministry and begin a separate one, though details about a new ministry focused on gender and sexuality are still being worked out.

The announcement came just after Exodus president Alan Chambers released a statement apologizing to the gay community for many actions, including the organization’s promotion of efforts to change a person’s sexual orientation.

Exodus functioned as a support group for men and women who were struggling with their sexual orientation, and early on embraced the idea that gays and lesbians could become straight through prayer and counseling.

But the belief in “reparative therapy was one of the things that led to the downfall of this organization,” Chambers said in an interview, noting that Exodus in recent years redirected its focus to helping men and women work through their sexual identity.

“I am sorry we promoted sexual orientation change efforts and reparative theories about sexual orientation that stigmatized parents,” Chambers said in the apology. “I am sorry that there were times I didn’t stand up to people publicly ‘on my side’ who called you names like sodomite—or worse.”

Chambers, who is married to his wife, Leslie, said his core beliefs about sexuality have not changed, and admitted he still wrestles with his own same-sex attraction.

The announcement comes at a critical point for gay rights, as the U.S. Supreme Court prepares to issue two potentially decisive rulings on gay marriage and public opinion shifts rapidly in favor of gay rights and even gay marriage.

A recent Gallup Poll showed that 59 percent of Americans now view gay or lesbian relations as “morally acceptable,” a 19-point swing since 2001 and the biggest change seen on any social issue, including divorce, extramarital affairs and other issues.

When Chambers was hired in 2001, he said he told the board, “Success looks like Exodus going out of business because the church is doing its job.” Three years ago, he said, Exodus had more than 20 employees in its Orlando office. Today, it has nine. In July, it will have 3 employees before it completely shuts down.

“Maybe I’ll get my wish and be a decorator and be a peacemaker on the side,” Chambers joked.

Chambers had already disavowed reparative therapy at the annual Gay Christian Network conference in January 2012, and his apology “is the acknowledgement many of us have been waiting to hear for a long, long time,” said GCN executive director Justin Lee.

“Alan has been moving this way for awhile … but this apology is much more explicit and leaves no room for support for change therapies or demonizing gays.” said Warren Throckmorton, a psychology professor at Grove City College who has long observed the ex-gay movement.

“Exodus has been a lighting rod for Christian discussion about homosexuality over the years and with today’s events will probably continue to be for awhile.”

John Paulk, who was spotted at a gay bar in Washington D.C. in 2000 and left his role as chairman of Exodus, also recently apologized for the reparative therapy he once promoted.

Chambers announced the closure of Exodus at the ministry’s 38th annual conference in Irvine, Calif. Local affiliated Exodus ministries, which are autonomous, will continue, but not under the name or umbrella of Exodus.

“Headlines about Exodus closing down will cause celebrations across the gay community,” said Mel White, who ghostwrote Jerry Falwell’s autobiography years before he came out as gay and launched the gay rights group Soulforce.

“What’s going to replace it is the question. I’m skeptical of it. At this point, I say thank you, I am grateful. But have you changed your basic theology?”

Exodus began in 1976 by a gay man, Frank Worthen. “Perhaps nothing has brought Exodus into the mainstream of evangelicalism more than its embrace by James Dobson’s Focus on the Family,” wrote Christianity Today in 2007. The ministry has faced some challenges in recent years, including a split with Willow Creek Community Church outside Chicago and other dissolved partnerships.

In his apology, Chambers acknowledged stories of people who went to Exodus for help only to experience more trauma.

“I have heard stories of shame, sexual misconduct, and false hope,” he said. “In every case that has been brought to my attention, there has been swift action resulting in the removal of these leaders and/or their organizations. But rarely was there an apology or a public acknowledgement by me.”

On Thursday, journalist Lisa Ling’s program “God & Gays,” which features Chambers among others, will air on The Oprah Network. “The organization needs to shut down. Shut down!” a man in the trailer tells Chambers.

“It was excruciating to sit through a group of a dozen people who shared a lot of pain and anger,” Chambers told RNS. “To sit with them and listen and take it is something the church really needs to do.”

Chambers said that 18 months ago, he proposed the idea of shutting Exodus down to its 150 leaders. Ling’s program was not the impetus for shutting things down he said, but it did provide timing.

“Sitting there listening to those stories did speed up the process a little bit,” he said. “I think it’s time in the church that we wake up and realize our culture has changed and the church isn’t in charge anymore.”