President Obama visited the historic gate at Berlin Wall to make a series of comments on the 50 anniversary of JFK’s famed “Ich bin ein Berliner” speech. Obama’s comments were soaring and poetic.   Here is the full video.

President Obama, you stated so powerfully:

“No wall can stand against the yearning of justice, the yearnings for freedom, the yearnings for peace that burns in the human heart.   So while I am not the first American President to come to this gate, I am proud to stand on its Eastern side to pay tribute to the past.”

Yes, Mr. President.  As you stood on the Eastern side of the Berlin Wall, we too invite you to stand on the other side of another wall, the segregation wall in Palestine/Israel.
Mr. President, tear down that wall. We invite you to stand on the inside of the wall,
on the side of the Palestinians who have to endure the humiliating checkpoints,
and declare it a thing of the past. As Americans, we believe that “all men are created equal” with the right to life and liberty, and the pursuit of happiness.

Mr. President, that is all we are talking about:  a Palestinian/Israeli solution in which every single person would have exactly the same and identical set of rights and privileges. Every man, every woman, every Jew, every Christian, every Muslim. “After all, we face no concrete walls, no barbed wire.  There are no tanks poised across a border.”

Not so Mr. President.  There are concrete walls in Qalqilya, and barbed wires that separate olive grove from olive grove, family from family.  It’s called the separation wall, the segregation wall.  The militarized borders remain, Mr. President.  And they must come down as the Berlin Wall came down. The time comes when we must do what’s  right, even though it is not politic, it is not convenient, and it may not be popular.    But conscience tells you that this is right.

President Obama, you recalled with joy President Kennedy’s words “Ich bin ein Berliner”  and added “They demand that we embrace the common endeavor of all humanity.

Yes Mr. President.   The common endeavor of all humanity. All humanity. And it is past time to declare that all Israelis and all Palestinians too are members of humanity. That all Mexicans and all Americans are part of one humanity, and that we should not be locked up behind walls.

President Obama, you yet again sang beautifully about what it takes to have peace with justice:

“I’d suggest that peace with justice begins with the example we set here at home, for we know from our own histories that intolerance breeds injustice.  Whether it’s based on race, or religion, gender or sexual orientation, we are stronger when all our people — no matter who they are or what they look like — are granted opportunity,”

Mr. President, we agree, wholeheartedly. So how about extended that notion of intolerance based on religion or racial preference and extending it to Palestine/Israel, extending it to the borders dividing America from her Southern neighbors? 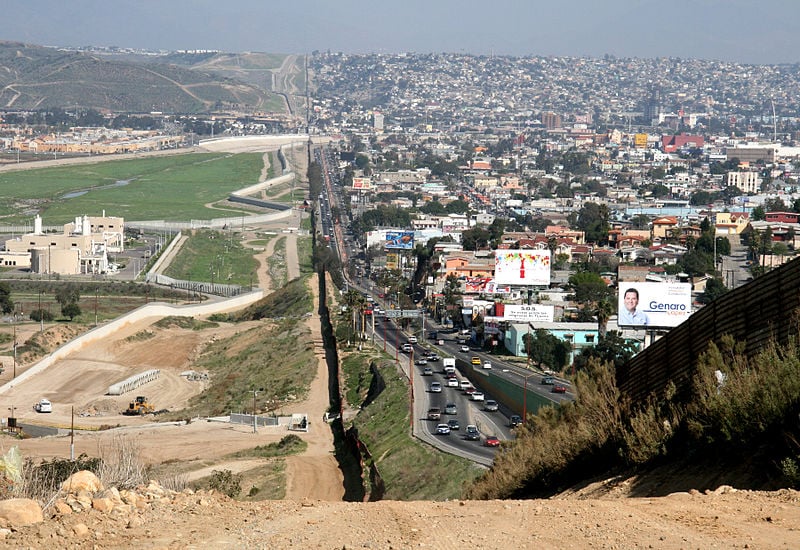 President Obama, you rightly acknowledged the importance of self-determination in the Arab world:

“We cannot dictate the pace of change in places like the Arab world, but we must reject the excuse that we can do nothing to support it.”

Yes Mr. President, there is something you can do. Stop supporting tyrannical regimes like the Saudi regime, and stop your one-sided support of the Israeli state. These would go a long way to restoring America as a beacon of hope around the world.

You named it:  “working for an Israeli-Palestinian peace” as being one of your priorities.  Enough talking. Time for doing.

You have three real years left in your presidency.  It is time for action. If you want a real one-state solution based on equality of rights for all Jews and all Palestinians, move to it. If Palestinians and Israelis want a two-state solution, then remove the illegal and immoral  settlements, remove the Israeli-only system of roads and barriers that connect them, and let’s move towards viable two-state solutions.

What’s unacceptable and immoral is a current pace of non-action which in reality translates to the Israeli state every day building more and more settlements on occupied land.  It’s like trying to talk with someone about how to divide up a pizza pie, while one of them keeps eating more and more of it.

Mr. President, you so eloquently stated:

“The wall belongs to history.  But we have history to make as well. “

Mr. President, tear down these walls.

Mr. President, tear down the segregation wall in Palestine/Israel.

Mr. President, tear down the wall along the American-Mexico border.

Mr. President, tear down these walls.

As you said so beautifully, “No wall can stand against the yearning of justice.”

Mr. President, tear down all these walls. 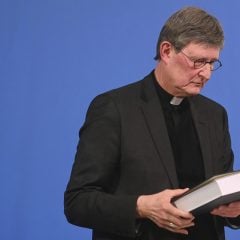 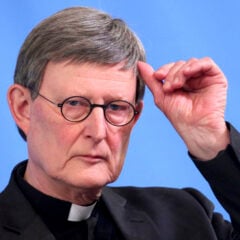 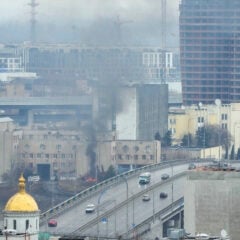 News
‘There is still time.’ The Vatican assesses its influence as war breaks out in Ukraine.
Follow us on Facebook!
Submit your photos to RNS