(RNS) Superman has always had a bit of a messiah complex, born as a modern-day Moses in the imagination of two Jewish guys during the Depression and over the years developing and amplifying his Christlike characteristics.

So it made sense that Warner Bros. Pictures spared no effort in using the Jesus connection to attract the increasingly important Christian audience to see the latest film in the Superman franchise, “Man of Steel.” 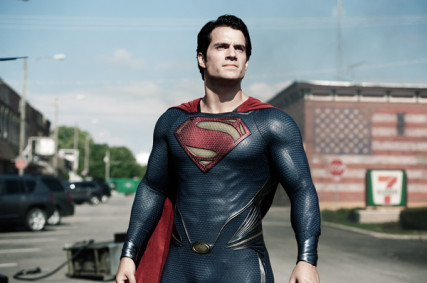 The studio hired a leading faith-based marketing agency, Grace Hill Media, to hold special screenings for pastors, and it developed an extensive website of Christian-themed resources — including specially-edited trailers for use in churches and “Man of Steel” sermon notes.

“The Christ-like parallels, I didn’t make that stuff up,” director Zack Snyder told CNN. “That is the tried-and-true Superman metaphor.”

Despite the studio’s best efforts, some viewers are leaving the theater after watching “Man of Steel” and issuing what amounts to a theological spoiler alert: Don’t compare this Superman to Jesus Christ.

In fact, “he is the anti-Christ,” as the Rev. Thomas Reese, a Jesuit priest and commentator for National Catholic Reporter, tweeted after he saw the movie. In “Man of Steel,” Reese wrote, “Superpowers, not love, conquers (sic) evil. Bash the bad guy, don’t turn cheek.” 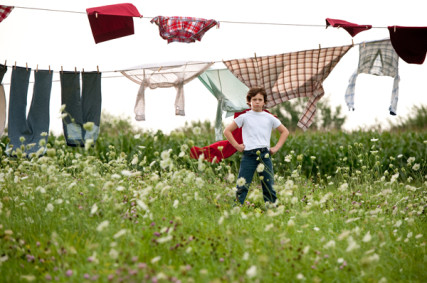 Or as Jackson Cuidon put it in his “Man of Steel” review in Christianity Today, a leading evangelical magazine: “Superman … is there mostly to satiate that part of the American psyche that wants their messiahs to punch things, too.”

These critics’ main quibble isn’t with the quality of the movie, though many faith-based reviewers concur with secular critics who think “Man of Steel” suffers from an overstuffed plot and a surfeit of special effects. And there are others, like Religion News Service blogger Jonathan Merritt, who wonder if all the targeted marketing “represents another step forward in the commodification of Christianity.”

Rather, Superman’s real sin, for some Christians, is that he resorts to violence to accomplish his goals — namely, killing his enemy, the evil General Zod.

That was new, and it broke what comic book fans traditionally call “the rule” of the superhero ethos: Thou shalt not kill, even though you can.

The very point of Superman, in particular, was that he always found a solution without killing, which would have been so easy for him to do. He was a role model in making the right moral choice, not using force to win the day. This Superman “blasted a hole in the traditional moral code of the character,” as religion writer Jeff Weiss put it in a Real Clear Religion essay.

In short, this Superman is so unlike Jesus that Michael Parnell, pastor of Beth Car Baptist Church in Halifax, Va., found himself angry that the studio had the gall to pitch this movie as representing Christian values.

“Don’t sit there and tell me I can compare this character to Jesus,” said Parnell, who reviewed the film for the Religious Herald. “Harry Potter is a better messianic figure than this Superman is.”

As a former moderator of the Captain Comics Round Table, Parnell is a superhero fan who knows what he’s talking about. He will even be traveling to the big Comic-Con International festival next month, where he may find that more than a few secular comic book aficionados share his concerns. 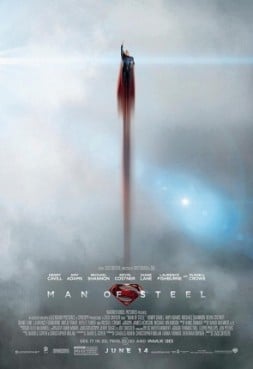 “From everything shown to us from the moment he put on the suit, Superman rarely if ever bothered to give the safety and welfare of the people around him one bit of thought,” Mark Waid, a leading comic book writer and Superman expert, put it in a blistering online essay that has generated wide interest in the comics community.

To be sure, this latest Superman shares and even boosts many of the Christlike characteristics of most every Man of Steel: He is sent to Earth as an infant to save mankind and is raised by a hard-working adoptive father and saintly mother. He must hide his supernatural gifts until he reveals himself as an adult and then, at age 33, after performing many great deeds, he hands himself over to the authorities.

This Superman even strikes an arms-outstretched crucifixion pose as his otherworldly father urges him to return to Earth and “save them all.” The movie is, as the Christian reviewer Paul Asay put it, “a Bible study in a cape.”

Except for the last part.

Yet all may not be lost, and Christians don’t necessarily need to boycott what appears to be one of the most popular and entertaining films of the summer.

Joe Carter, writing at The Gospel Coalition site, argues that the otherwise flawed “Man of Steel” does have a redeeming quality in that in just a few minutes of screen time Clark Kent’s Kansas dad, Jonathan Kent — played affectingly by Kevin Costner — displays the quiet strength and “unconditional, self-sacrificial love” that the Jesus of the Bible did.

“Superman may be the man of steel,” Carter writes, “but his earthbound father shows us what it really means to be Christ-figure.”