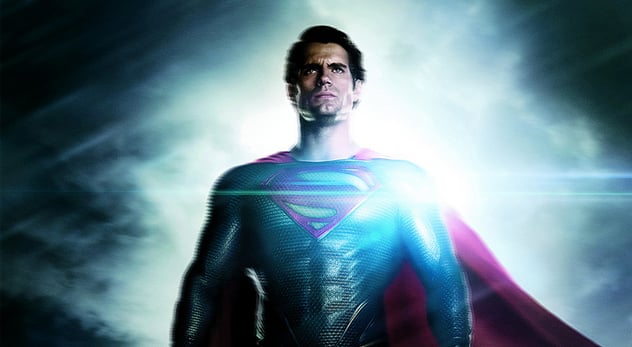 A father figure from another world sends his only begotten son to Earth who, at 33 years old, must sacrifice himself to save the human race. Is this the narrative of Jesus and the Christian gospel? No. It’s the storyline from this week’s blockbuster, “Man of Steel.”

The Superman reboot is filled with messianic parallels—from the caped hero stretching out his arms as he falls to earth only to rise again to a scene where Clark Kent ponders whether to accept his destiny while he sits in a church in front of a stained-glass image of Jesus—and it turns out these similarities weren’t coincidental. Screenwriter David Goyer told the Los Angeles Times that he was thinking about the Bible when he wrote it, and Warner Brothers, the studio behind the film that grossed more than $125 million this weekend, hired faith-based public relations firm Grace Hill Media to make sure the Christian market didn’t miss the connections.

This is only the latest attempt by a major studio to target religious audiences, and the trend raises an important question: Is Hollywood manipulating Christians to turn a buck?

Grace Hill Media describes themselves as “the industry leader in church-based promotion” established “to reach an enormous and underserved population—religious America.” Their past projects are a motley crew of films including “National Treasure”, “Lord of the Rings”, “Ratatouille”, “Cinderella Man”, “Elf” and “Walk the Line”.

For “Man of Steel”, Grace Hill orchestrated a full-scale campaign that provided pastors with movie clips, sermon outlines, and a nine-page briefing titled, “Jesus: The Original Superhero” for download on a flashy Superman ministry resource site. They hired theologian and Pepperdine University professor Craig Detwiler to prepare the materials. He produced similar briefings for “The Blind Side” in 2009 and “The Book of Eli” in 2010.

Marketing firms like Grace Hill began popping up several years ago when Hollywood noticed the desire among religious Americans for content that aligned with their worldviews. Mel Gibson was able to rake in more than $370 million with “Passion of the Christ”, for example, and the “Chronicles of Narnia” trilogy pulled in more than $500 million. More recently, we might look to History Channel’s epic miniseries “The Bible”, which attracted more than 10 million viewers weekly.

“There’s been more openness to it in terms of understanding the need to serve an underserved audience out there, specifically the faith-based audience,” says Devon Franklin, Vice President of Production for Columbia Pictures, a division of Sony Entertainment. “Hollywood has been more willing to develop film projects to tap into that market.”

On the one hand, there is much to applaud in Hollywood’s effort to explore religious themes through film and television. Too much of it is merely mindless entertainment without any redemptive elements to speak of. The more art produced that expresses the good, true, and beautiful, the better.

And yet, the whole ordeal makes me a little uncomfortable because it represents another step forward in the commodification of Christianity. In a land of profit and greed, these trends illustrate once again that unchecked capitalism can leverage anything—even faith, even Jesus—to turn a buck. As one comic blogger said, the effort “comes off like a money grab.” It’s hard to disagree with him.

Let’s be clear that Warner Brothers isn’t trying to spread the Christian gospel; they are trying to make a profit. And, whether we like it or not, religion in America can be a lucrative business. In this case, generating profit means transforming pastors into marketers, hocking movie tickets from their pulpits. If the real test of morality is not just the nature of a behavior, but how that behavior shapes us as human beings, then this trend fails that test.

So let’s and rejoice at Hollywood’s efforts to produce art that resonates with religious moviegoers, but let’s also be as “wise as serpents” in how we partake. If Christians allow themselves to be manipulated by movie marketers, they may unwittingly participate in making faith a means to a end rather than an end in itself.

**UPDATE: Craig Detwiler (who I have an immense amount of respect for by the way) posted an explanation of his role in the effort at Out of Ur: “Why I wrote sermon notes for a blockbuster Hollywood film.”**