(RNS) The Obama administration on Friday (June 28) issued final rules for religious groups for its controversial contraception mandate, maintaining its position on who qualifies for religious exemption and allowing no carve-outs for private business owners. 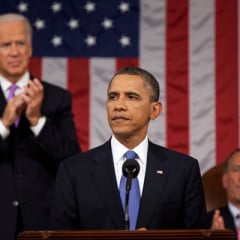 More than 60 lawsuits have been filed over the mandate, a part of President Obama’s Affordable Care Act that requires most employers to provide contraception at no cost to employees.

Just as when the draft rules were first unveiled in February, conservatives denounced them as an unconstitutional violation of religious freedom that forces religious organizations and the religious owners of private businesses to offer services they find morally abhorrent.

Opponents of the mandate say that without relief, they will be forced to provide coverage for medication and sterilization procedures that they believe are tantamount to abortion.

“On multiple levels, the president is articulating what is arguably the most narrow view of religious freedom ever expressed by an administration in this nation’s history.”

A “safe harbor” agreement that gave temporary reprieve from the contraceptive requirement was supposed to end in August, but on Friday the administration extended it to January 2014. 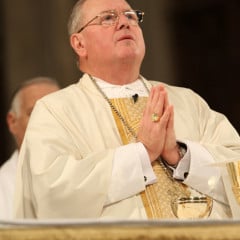 New York Cardinal Timothy Dolan, president of the U.S. Conference of Catholic Bishops, who has led the charge against the mandate under the banner of religious freedom, welcomed the five-month reprieve but said the rules were too “long and complex” to give an immediate reaction.

The finalized rules from the Department of Health and Human Services come after months of intense battles over who could qualify for an exemption from the required coverage. As they did in February, Friday’s rules define “religious employer” to include houses of worship and affiliated organizations such as hospitals or universities.

In a compromise that conservatives have called inadequate, the rules also transfer the cost of contraceptives away from objecting employers to insurance companies.

The HHS has different requirements for whether organizations qualify as an exempt religious employer or a nonprofit religious organization. One change from the February proposal is that religious institutions can qualify for exemption even if they employ people not of their faith.

If a nonprofit religious organization objects to covering contraceptives, its insurer or a third-party administrator will need to find coverage.

Before issuing the final rules, HHS received more than 400,000 comments from the public, said Chiquita Brooks-LaSure, deputy director of policy and regulation at the HHS’ Center for Consumer Information and Insurance Oversight.

Liberal groups said the administration had been more than flexible with its critics.

“With this rule, the administration continues to stand by women and our families and refuses to let employers use religion to discriminate,” said Sarah Lipton-Lubet, an attorney with the American Civil Liberties Union.

The new rules, however, do not apply to private businesses whose owners have religious or moral obligations to contraception — and that issue has already been a major battleground in federal courts. 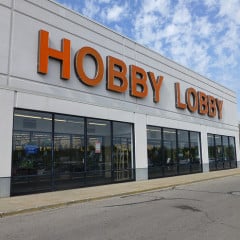 Photo of a Hobby Lobby in Mansfield, Ohio courtesy Fan of Retail via Flickr.

Hobby Lobby, a Christian-owned arts-and-crafts chain that’s suing the government over the mandate, won a round Thursday in its bid to not offer the contraception coverage to employees. On Friday, a federal court  ordered the government to not enforce the mandate. Without the ruling, Hobby Lobby would be required to provide contraceptives on July 1 or face $1.3 million a day in fines, said Eric Rassbach, deputy general counsel at the Becket Fund for Religious Liberty.

The trial court granted Hobby Lobby a temporary restraining order against the HHS mandate, making the ruling  the first definitive federal appellate ruling against the HHS mandate. Additionally, a Florida district court this week ruled that a Christian-owned electric company is not required to provide contraception coverage to employees.

For-profit cases have seen more court action because of the wait for Friday’s final rules for religious nonprofits, Rassbach said. He told reporters to expect new lawsuits to be filed in the next few days now that the final rules have been issued.

“The easy way to resolve this would have been to exempt sincere religious employers completely, as the Constitution requires,” he said. “Instead, this issue will have to be decided in court.”

On the other hand, some are seeing the government’s rules as a step too far for religious organizations.

“The government has already bent over backwards to accommodate these groups,” said the Rev. Barry W. Lynn, executive director of Americans United for Separation of Church and State. “These churches are out of step with the times, and it’s time for the government to stop bending.”

Geneva College, a Christian college in Pennsylvania, is the only nonprofit that has been granted an injunction from being required to facilitate this coverage in its student plan, according to Alliance Defending Freedom.